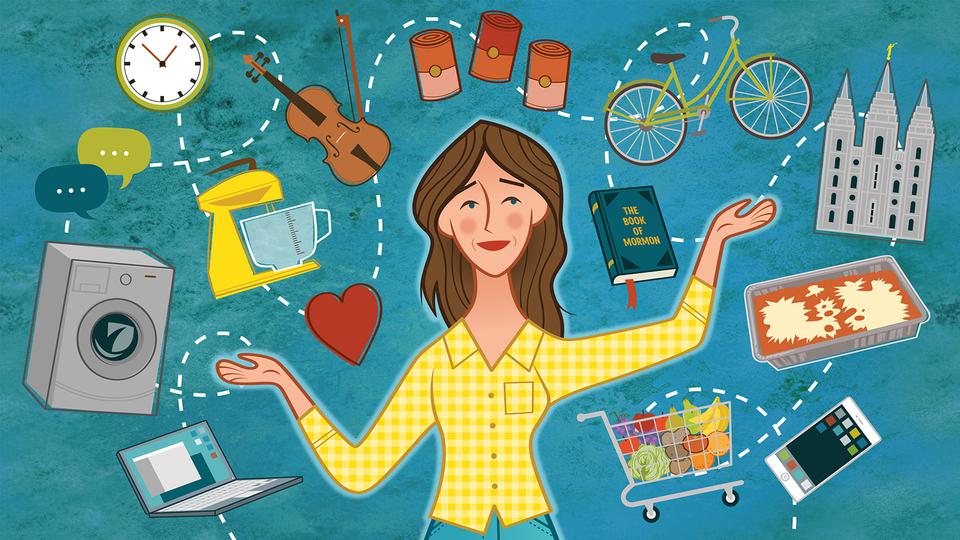 If you have ever thought “I can’t do one more thing!” or “How does God expect me to do that?” then you will know how I have been feeling over the past several months.  If you have, I hope there’s something in my experience that can be of use to you.

It was February and I was standing in my office at LDS Charities when the phone rang. The voice on the other end asked if I could come meet with President Eyring at 1:00. In my head was a very gracious reply I’m sure, but my mouth said, “Uh, today?”

In all my work as the director of LDS Charities, I don’t interact much with the First Presidency. I wasn’t even sure which office was President Eyring’s. When I arrived, he was warm and tried to put me at ease by asking about my family and background. Eventually he sat down and opened a folder and extended a call for me to be the First Counselor in the Relief Society General Presidency. I was happy because I love Relief Society. And sad because I hated to leave all that I was doing in LDS Charities and the Church’s humanitarian efforts around the world. And then he said, “Now this is your Church calling, and we would like to ask you to keep your job as director of the humanitarian division as well.”

I think he spoke for several minutes after that, but I don’t really know, because I didn’t hear one word more after that point. My head exploded. My brain shut down. The phrase that kept running through my head was “How am I going to do that?”

I also wondered simultaneously: Who is the new president? When he told me it was Jean Bingham, I had the most amazing calm come over me. I knew Jean Bingham was serving in the General Primary Presidency. In the summer of 2016, I had asked the women’s presidencies if they would designate someone of their nine to accompany me on an LDS Charities refugee camp visit to Uganda. Eight months before, they had selected Jean Bingham. She and I were leaving on that planned trip in 48 hours. If the Lord knew eight months prior that Jean Bingham and Sharon Eubank were going to travel together and be called into Relief Society together at the exact same time, it must not be a mistake. Something about that fact gave me great courage and calmness.

But inside I still had a string of panic. I had three really big problems. The first one was I felt positive that if President Eyring really knew me on the inside he would not have called me to this position. If Jean Bingham spent more than a couple days with me she was going to find out all the “un-Relief Society” things about me.