When Life Rages Around Us, We Can Still Find Comfort in God | Meridian Magazine 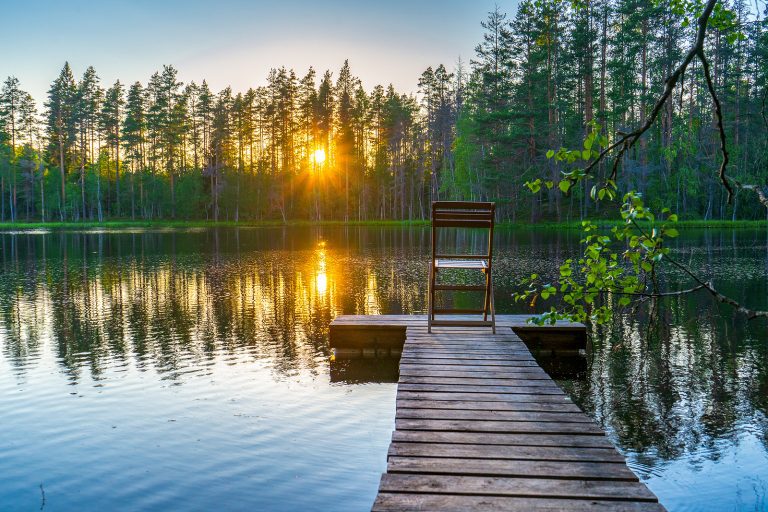 When Life Rages Around Us, We Can Still Find Comfort in God

It was an ordinary morning.  After returning from my daily run, I grabbed the newspaper and headed up the driveway.  But I was stopped in my tracks when I saw the front-page headline: Atlanta Couple Brutally Tortured and Killed by Axe-murderer.  It wasn’t the headline; it was the picture that accompanied it that took my breath away.  It was a picture of our beloved housekeeper, Fannie Mae and her husband, Johnnie. Fannie Mae, who had worked for us for years, coming several times a week. She was much more than a housekeeper!  She often doubled as a babysitter.  She made the entire house smile as she sang loudly as she worked: cheerful songs and Gospel songs.  She was a member of our Church, and most of all, was a dear, dear friend.  We all adored her.

The inside story was gruesome.  Fannie Mae and Johnnie had been bound, tortured and burned and then killed with an axe.  Some things are simply too violent for our minds to wrap around. That was the case with this news.  I felt that I had been punched in the gut, and realized I was gasping for air.

The immediate crisis was how to break the news to the children?  There would be no keeping them from it; it was all over the radio, and the TV.  All their friends who knew and loved Fannie Mae would be talking about it.  How in the world do you soften news like this??  So, our children awoke that morning to the terrible news that two of their dearest friends had been killed in a cruel fashion.  They were crushed.  There were a lot of tears.

Once I finally got the kids out the door to school, I was suddenly gripped by a chilling realization.  Fannie Mae kept a key to our house on her keyring, which allowed her to come and go without worrying about our schedules.  I called the police to see if they had recovered her key ring.  The officer promised to get back to me.  He called several hours later.  No, they had not recovered her key ring.  And, no, at that point they had no leads or suspects on the perpetrators of this horrible crime.

The thought that there were some axe-murderers loose in the city with a key to my house was terrifying.  My husband, John, was out of town on a business trip.  The police had suggested that I wait a couple of days before changing the locks on our doors (we had eight outside doors!) I decided that as soon as John got home, I would ask him to change the locks.  There was a high level of anxiety amongst all members of our family, however, our daughter, Amber, seemed to be particularly affected by Fannie Mae’s death.

None of us guessed that within a week, Fannie Mae’s death would be entirely eclipsed by something far more earth-shattering to our family.  Amber, who had been struggling for eight years with bipolar disorder, finally gave up and took her own life.  The past eight years had been extremely difficult for her.  She had been in and out of mental hospitals for much of that time and had made more than twenty suicide attempts.  Each of those times it seemed that literal miracles occurred to save her.  But this time the miracles had run out. . .

While all of us were plunged into mourning, to Jolanta, our adopted daughter from Lithuania, this death was life shattering.  Amber was her closest and dearest friend.  It was through Amber’s love and support that Jolanta had been able to finally climb out of her self-imposed withdrawal from life, which had been caused by horrendous abuse that she had endured as a child.  Amber had carefully led Jolanta back into participation in life and provided the love and support for that journey. Now Amber was gone.

Jolanta immediately reverted to her former shell.  She became uncommunicative.  She had lived much of her life as an elective mute and now with this tragedy, she instinctively reverted to that condition.  As we prepared for the funeral, Jolanta withdrew more and more into herself.  Her suffering was clearly visible on her face. It hurt to even look at her and see the overwhelming sorrow that seemed to have engulfed her.

There was no time for the rest of us to withdraw.  Our son, Jay, was serving a mission in Peru; our daughter, Dianna, was serving a mission in Italy.  They both had to be contacted and consoled as best as possible –over the phone.  We had funeral arrangements to make, travel and housing arrangements to see about for family and friends spread across the U.S., burial plots and burial clothes needed to be purchased.

In between Scott’s matches we would quietly slip outside to make calls to place death notices in the newspapers, to make funeral arrangements, coordinate airline reservations, plan the funeral and viewing and call his siblings on their missions. Then we would return to cheer him through his next match.  The whole situation seemed unreal.  Finally, at almost ten o’clock at night, Scott had his last match, winning the tournament.  John quietly pulled him aside, put his arm around him and told him about Amber.

But even then, we couldn’t stop.  The funeral home had insisted that we get them the burial clothes by 7:00 the next morning, in order to have the body ready for the viewing that evening.  The stores wouldn’t even be open by 7:00 AM.  So, at almost ten at night, we went looking for any store that might still be open.  We ended up at Wal-Mart at 9:50 PM because it was the only store that was open.  I couldn’t believe that we would be buying our daughter’s funeral dress at Wal-Mart!  We had ten minutes to find a dress.  Mercifully we found a beautiful white suit just as they were asking all shoppers to leave because the store was closing.

Unfortunately, all this had left Jolanta home, self-isolated and holed up in her room at a time when she had never more needed to be wrapped up in hugs and love.

The next couple of days before the funeral were a blur.  The day after Amber’s funeral the middle school counselor called us with the horrifying news that a girl in Jolanta’s class had been murdered by her father.  What??!!  They had called with suggestions on how to help support Jolanta emotionally.  At this point, I felt surrounded by death and dying, and emotionally numb.  I hadn’t even had time to get the locks changed on our house and underneath it all, had to worry about an axe-murderer on the loose in Atlanta who had my house keys.

Jolanta became almost catatonic.  That night she refused to go to her room to sleep.  When I asked her if she was afraid of something in her room, she burst into tears and said, “Every time I sleep I dream of death, murder and dying.”  In the space of ten days, she had lost three    important people in her life—all three deaths had been violent and soul-scarring.  I suggested we have her brother, Tommy, sleep in her room.  Finally, reluctantly, with Tommy holding her hand, she wheeled herself into her bedroom.

The next few days I became increasingly more and more worried about Jolanta.  She seemed to have completely withdrawn into her own world of suffering.  Her pain was written all over her face.  She would scarcely eat.  She balked every night at going into her room.  I tried to get her into her counselor, but her counselor was out of town on an international vacation and was unreachable.

John gave Jolanta a blessing, but her suffering continued to overwhelm her.

Then one morning, as she appeared in the kitchen for breakfast, it seemed like she’d had a complete transformation.  She looked like Jolanta again.  She was actually smiling.  This was so unexpected, I hardly knew how to respond but I managed, “Wow, Jolanta, you look so different this morning!”  She smiled and said, “Yes, I had a beautiful dream last night.  Amber came to me.”

Time stood still.  My heart was racing.  It was almost as if the rest of the room melted and all I could see was Jolanta’s face.  I stammered out, “What did she say?”  Jolanta replied, “She didn’t say anything.  She just knelt by my bed and looked at me.  But, Mom, she looked so happy. So, so happy!  I knew she could feel my pain.  I felt her love.  I knew she wanted me to be happy, too.  And then she was gone.”

When Amber and our housekeeper died, it really affected me. I kept having nightmares about death, so it made it really hard for me to fall asleep at night. We had a dog at the time, a black lab and I had him sleep in my room every night for a while. Amber’s death hit me the hardest. It was such a crushing blow to me and so unexpected because to me, she seemed like such a fun and happy person. I actually didn’t find out about her bipolar disorder until a little bit after she died. I was 12 years old when she passed away, so of course I wouldn’t have understood her disease at that age.

One night, as I was trying to go to sleep, the dog was laying on my bed and I was just lying in bed too afraid to close my eyes because if I did, I would have one of those nightmares again. I was in a lucid dream state so I was kind of asleep, but awake at the same time and all of a sudden, I saw Amber kneeling by the side of my bed laying her head on her arms on my bed, petting the dog. She didn’t look at me the entire time or say anything, but I could sense that she was happy and that she was finally at peace. It was such a comfort for me to see her in that way because after that night, I never had those nightmares again.

It still took me some time to get over her death after that, but for years after and even sometimes now, she appears in my dreams. I know that that night when I first saw her, she became my guardian angel because I feel her presence constantly in my life. She’s a part of me and she still inspires me and motivates me when life gets hard. I know she wanted me to keep going and to never give up when life gets too complicated. She lives on in my heart and she will never be forgotten.

I wonder if the visit was the result of the Priesthood blessing. I have a strong testimony of Priesthood blessings and perhaps sending Amber to comfort her friend was the best way to fulfill it. This is such a very heartbreaking story, but I am glad your family has the gospel and faith in Heavenly Father to sustain you.

Becky, as always you express yourself in such openness and truth. These experiences were so heartrending and yet I have observed how your beautiful faith has grown and sustained you and those in your path. You are a blessing to so many.