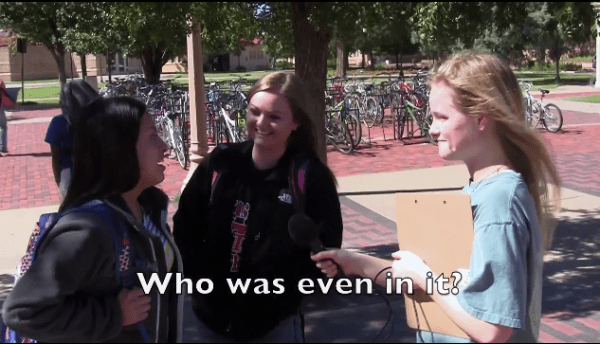 They are in college, majoring in fields from nursing to psychology, but these Texas Tech students, who were interviewed randomly by a campus club, didn’t know anything about American history—including who won the Civil War or who America gained our independence from.

They hemmed and hawed and hesitated, until the interviewer asked popular culture questions. Then they could answer in a shot. Who is Brad Pitt married to? Everybody knows! It’s Angelina Jolie.

Before we get too disheartened watching this video, there are those from Texas Tech who editorialized that this wasn’t a fair representation of the student body—and those who answered better were purposely left out to make a point. Let’s hope so.

Watching this video will make you want to sit down with your children and drill them on American history so they will never exhibit such really terrifying ignorance.

When PoliTech was chastised for doing “a great job of not showing all of the facts”, they responded with this video, saying this wasn’t, in their estimation, a reflection of Texas Tech, but of their entire generation.

And our pols want Common Core? Our "educated" youth don't know a thing about our history? So sad!

This is why history will repeat itself.