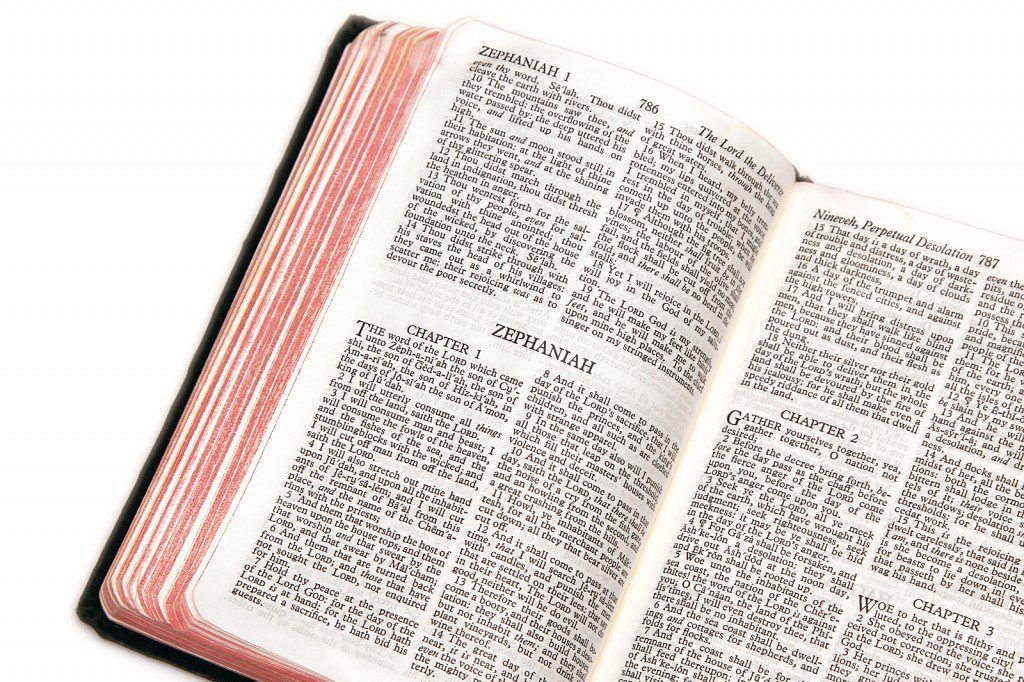 Vital Lessons from Obscure Prophets in the Old Testament

The books of the OT are drenched (to use a Neal Maxwell word) in applications. There are so many stories and lessons and doctrines that can be life changing.

Therefore, each time I teach the Old Testament, I like to pick one of the tiny prophetic books and spend a day on it with my students. It gives me and them a chance to look for messages in places where we don’t often look, and the effort allows me to try and answer three powerful questions related to the study of the scriptures. 1) Why did this get written and why was it included in the Bible? 2) What am I supposed to learn? 3) What am I supposed to do? One year we studied Habakkuk. The next year the book I picked was Zephaniah.

A few days before I was to teach the book, I opened my OT, read all three chapters, and said to myself, “I’m in trouble; big trouble! What am I going to find here to feed my students for 50 minutes?” Maybe I could do a demonstration: “Obscure Old Testament texts read r e e e a a a l l l y s l o o o o o o w.” I wasn’t comfortable with that method, so I read it again. And again. I began to see a few interesting things but had no idea how to organize them into a coherent presentation or stretch them into an entire lesson. So I read again. More principles emerged. Then something happened. I was permitted to stop peeking through fence and invited to walk through the gate on to the property and look around.

I marked and underlined and annotated, and was pleased with what I had seen, but still went off to class without knowing just what I was supposed to teach. However, as I sat at the back of the room during the song and prayer, I remembered a story from the New Testament. I turned to it as I walked to the front and began my lesson. The story appears in Matthew, Mark, and John.

John’s recounting of the event is perhaps most complete:

When Jesus then lifted up his eyes, and saw a great company come unto him, he saith unto Philip, Whence shall we buy bread, that these may eat? And this he said to prove him: for he himself knew what he would do. Philip answered him, Two hundred pennyworth of bread is not sufficient for them, that every one of them may take a little. One of his disciples, Andrew, Simon Peter’s brother, saith unto him, There is a lad here, which hath five barley loaves, and two small fishes: but what are they among so many? And Jesus said, Make the men sit down. Now there was much grass in the place. So the men sat down, in number about five thousand. And Jesus took the loaves; and when he had given thanks, he distributed to the disciples, and the disciples to them that were set down; and likewise of the fishes as much as they would. When they were filled, he said unto his disciples, Gather up the fragments that remain, that nothing be lost. Therefore they gathered them together, and filled twelve baskets with the fragments of the five barley loaves, which remained over and above unto them that had eaten (John 6:5-13).

A congregation of 5000 men along with women and children (families?) were without food in a remote location. The disciples suggested sending them away to a place where food was more plentiful. Jesus wanted to feed them where they were. But with what? The available resources were not unlike the scriptural wasteland I thought I had found when I began to study Zephaniah.

But the Savior did some interesting things. First, Mark tells us he sent the disciples to see what was available: “How many loaves have ye? go and see.” Read the scriptures and see what you can find that can be used. They reported back: “There is a lad here, which hath five barley loaves, and two small fishes: but what are they among so many?” We have five dinner rolls and a can of tuna fish, but there are over 5000 people who need to be fed.

Second, Jesus said, “Bring them hither to me.” The disciples did so.

Third, Jesus prayed over the food. He “looked up to heaven, and blessed, and brake.” The multitude were seated on the ground by companies. Jesus gave the food to the disciples and the disciples to the congregation. I wonder how people were aware of what was happening. Everybody got all they wanted of both bread and fish.

Fourth, Jesus commanded the disciples to “Gather up the fragments that remain, that nothing be lost.” They collected twelve baskets of leftover bread and fish. How much did they have in the beginning? A great deal less than they had when they were finished with the meal.

I have had some time to mull this over since teaching it. These are some of my thoughts.

When we find scriptures that seem bereft of nutrition, what should we do? Depart and look for sustenance elsewhere? Zephaniah is the lad with a little bread and two tiny fish, but Zechariah is the Golden Corral! Malachi is McDonald’s. Let’s go there. No, we bring it to the Savior, and then we pray over it and ask Him to bless it. And then we break it apart thoughtfully and carefully and begin to feast. I believe (and it happened as we studied Zephaniah) that when we are finished we will discover that there is more food available to be consumed in future meals than we thought was there when we began. We must not throw those leftovers away. We must return to them again and again, knowing that we can be fully satisfied every time; knowing that with the prayer and the breaking (the searching), the nourishment will always be there.

We looked for spiritual food in Zephaniah. Here are a few tuna fish sandwiches we found. I hope you enjoy them.

And others will he pacify, and lull them away into carnal security, that they will say: All is well in Zion; yea, Zion prospereth, all is wellCand thus the devil cheateth their souls, and leadeth them away carefully down to hell.

Zephaniah says of the complacent that “their goods shall become a booty, and their houses a desolation: they shall also build houses, but not inhabit them; and they shall plant vineyards, but not drink the wine thereof (Zephaniah 1:13).

The just LORD is in the midst of his people; he will not do iniquity: every morning doth he bring his judgment to light, he faileth not; but the unjust knoweth no shame. I have cut off the nations: their towers are desolate; I made their streets waste, that none passeth by: their cities are destroyed, so that there is no man, that there is none inhabitant. I said, Surely thou wilt fear me, thou wilt receive instruction; so their dwelling should not be cut off, howsoever I punished them: but they rose early, and corrupted all their doings (Zephaniah 3:5-7).

Every day God does good and just things for us. He never does bad things. But the wicked do not care. He sends adversity and animosity and affliction, and says, “Surely thou wilt fear me, thou wilt receive instruction,” but they still get up early and live corrupt lives. As I read this testament of God’s efforts to reclaim his wandering and rebelling people, I remembered phrases from Jacob 5.

Thank you for this article. I often unwisely avoid the Old Testament because so much of it confuses me and I have difficulty even understanding it. This article helps remind me what beautiful and important gems there are in there that I need to study. I need invest the time to research the time period, history, and words/phrases so the messages are more clear to me.