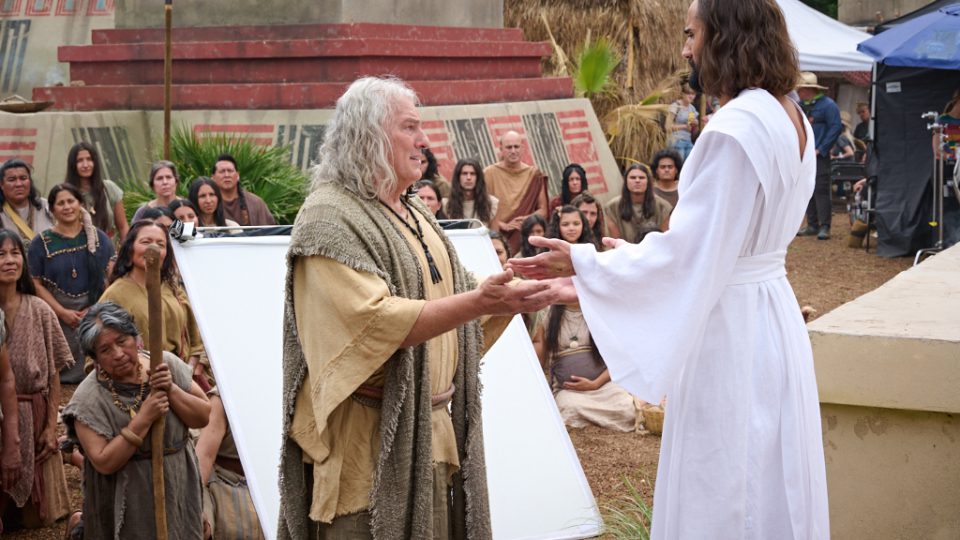 VIDEO: Filming Underway for Season 4 of Book of Mormon Videos

Shortly after Jesus Christ’s crucifixion and resurrection, residents of an ancient civilization in the Americas were talking to one another when they “heard a voice as if it came out of heaven” and “look[ed] … from whence the sound came.”

“Behold my Beloved Son, in whom I am well pleased, in whom I have glorified my name—hear ye Him,” declared the voice of God the Father.

A few moments later, “they saw a Man descending out of heaven; and he was clothed in a white robe; and he came down and stood in the midst of them.”

According to the Book of Mormon: Another Testament of Jesus Christ (3 Nephi 11:3, 5, 7–8), that man was the resurrected Savior.

To illustrate the resurrected Savior’s visit and ministry to people in the Western Hemisphere, season four of the “Book of Mormon Videos” series’ is currently unfolding in preparation for the first episode’s debut in late 2022.

“This year we’re doing this like iconic scripture, and I think all of us have felt an extra added a little bit [of] weight because of what we’re … covering here,” said Blair Treu, lead director of the video series, while on set.

“I know that among the crew there has been a lot of sleepless nights, cast as well. I wake up at three in the morning just to make sure, ‘Is this going to be pleasing to our Father in Heaven? Are we doing the job that we’re hired to do?’ And so that question is always kind of burning in the forefront of our collective conscience as we work through these scenes,” he said.