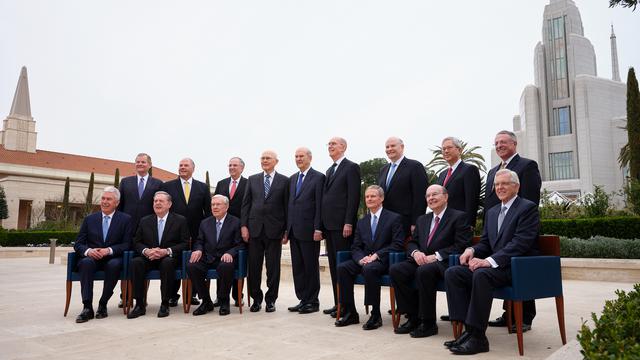 As special witnesses to the world of the divinity of Jesus Christ, the First Presidency and the Quorum of the Twelve Apostles of The Church of Jesus Christ of Latter-day Saints shared their testimony of Christ by recording excerpts from the original document, “The Living Christ: The Testimony of the Apostles.” Originally published on January 1, 2000, the document commemorates the birth of Jesus Christ two thousand years ago.

The video recording begins with the most recently called apostle, Elder Ulisses Soares, and then continues in sequence of seniority. The video concludes with Church President Russell M. Nelson.

The video recording was set on the grounds of and inside the Rome Italy Temple. The temple was dedicated in seven sessions over a period of three days, beginning Sunday, March 10, and concluding Tuesday evening. Members of the First Presidency and Quorum of the Twelve Apostles participated in the dedicatory services. It is believed to be the first time in Church history that all 15 leaders have gathered in one location outside the United States.

I love and enjoy very much the articles and photos that have been shared during this historic event in Rome. Please continue the excellent work and coverage of the Church of Jesus Christ of Latter-Day Saints. Thank you.