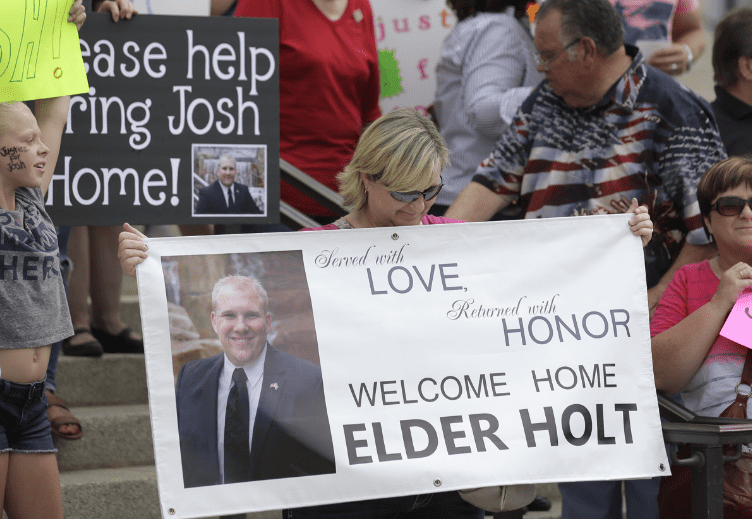 The following comes from the Associated Press and was featured on the Deseret News. To read the full article, click here.

A judge in Venezuela has ordered a Utah man to stand trial on weapons charges, a move that “devastated” his mother and dashed hopes that he would be released and home for Christmas.

Tuesday’s ruling in a preliminary hearing came almost 18 months after Joshua Holt of Riverton was arrested and a day after his mother issued a plea that her ailing son be allowed to get treatment at a hospital.

Holt, 25, was jailed in June 2016 after he traveled to the South American nation to marry a woman he met through online Spanish lessons. He sought to secure visas for his wife and her children. He was arrested at her family’s apartment by police who alleged he was stockpiling weapons. Holt’s wife, Theresa Calena, also was arrested and was being held separately in Caracas.

“I’m totally devastated. I don’t even know what to think” Laurie Holt told The Associated Press. “I can’t understand how they can send a young kid who’s completely innocent to trial and feel good about that.”

She also expressed anger the judge denied a U.S. official access to the courtroom.