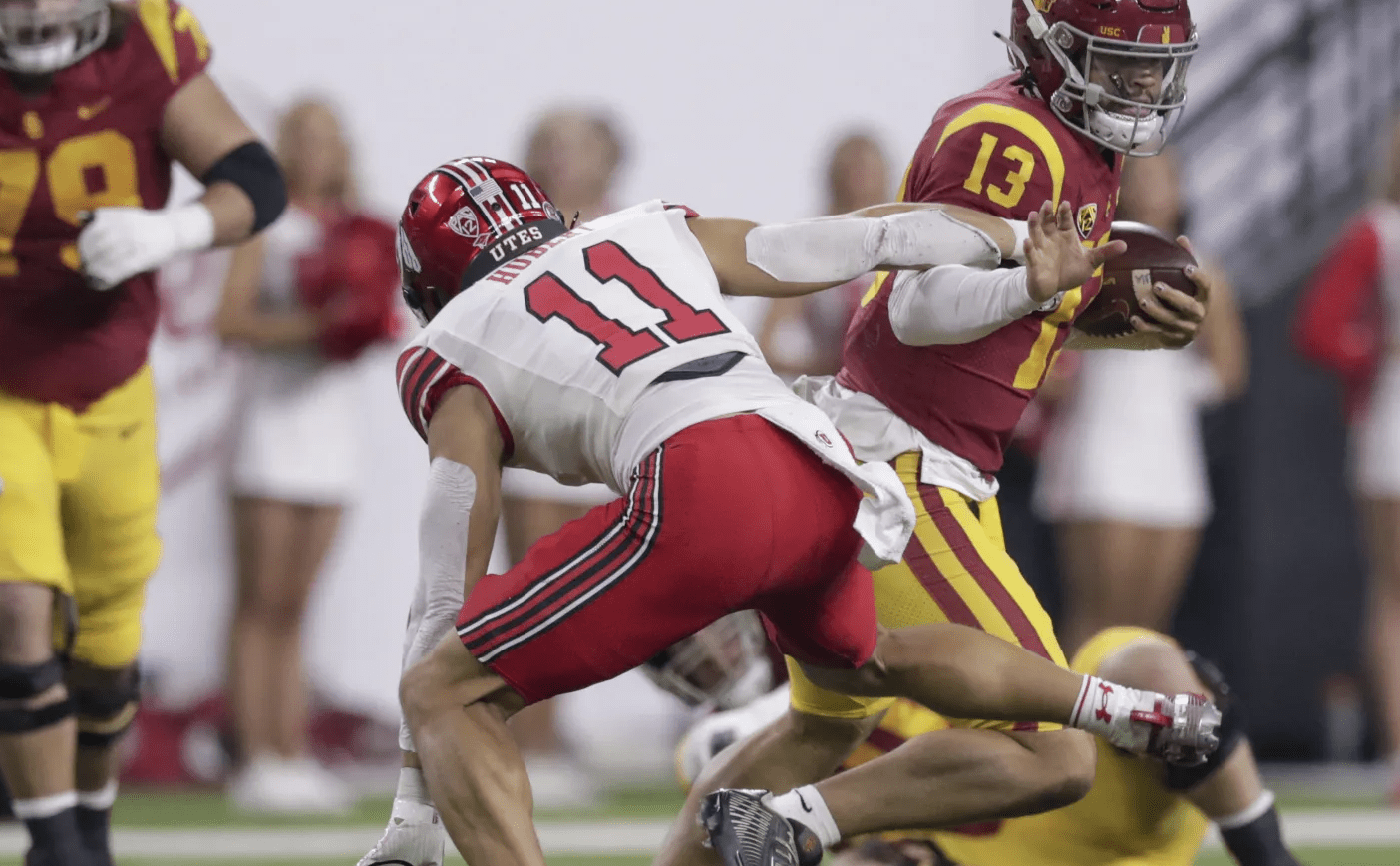 The USC Trojans were threatening to cut into Utah’s 10-point lead with just over seven minutes to go in the Pac-12 championship game on Dec. 2 when Utes’ safety R.J. Hubert made the game-breaking play.

USC quarterback Caleb Williams, who later won the Heisman Trophy as college football’s top player, launched a pass down the sideline near the end zone. But the ball was intercepted at the last second by Hubert, who eventually ran out of bounds into a swarm of congratulatory Utah teammates.

“That was game-sealing, man,” Phillips said. “That was something I’m going to remember for the rest of my life because that’s a big play you need one of your team leaders, you know, one of your defensive playmakers to make in that moment to seal it.”

The pivotal play was sweeter for Hubert, a Latter-day Saint returned missionary, considering what he endured to return to the field after suffering multiple injuries in previous years.

“I have learned great lessons of resiliency, being persistent and believing in myself,” he said. “I had to realize that God will sustain me in my efforts. He will consecrate those efforts.”

Hubert grew up in Logandale, Nevada, a town of more than 3,000 located roughly halfway between Mesquite and Las Vegas. He became a star athlete at Moapa Valley High School, where he suited up with about 30 varsity football players and was part of a graduating class of 120 students.