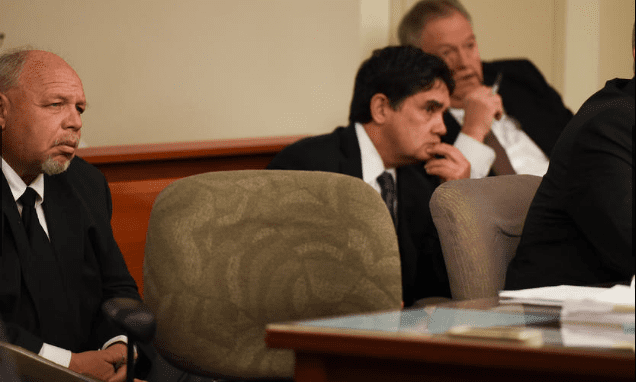 A once lauded Utah County businessman has pleaded guilty in two separate fraud schemes, including one where he impersonated top LDS officials to lure investors.

In the first case, where he is accused of bilking an out-of-state construction company of thousands of dollars for an industrial development he claimed was backed by The Church of Jesus Christ of Latter-day Saints, Alan Dean McKee pleaded guilty Friday to a pattern of unlawful activity, a second-degree felony, as part of deal with prosecutors.

Three counts of communications fraud, a second-degree felony, were dismissed in exchange for his plea.

In the second case, McKee admitted to theft, a second-degree felony, for contracting with two companies to help him remove and recycle materials from a 14-mile stretch of railroad that he didn’t own. An additional charge of second-degree felony charge of communications fraud was dismissed.

Sentencing is scheduled for Nov. 28. McKee faces a potential sentence of one to 15 years in prison for each of the two charges.

McKee, 56, of Benjamin, was once praised for his business acumen and his mining company, Ophir Minerals and Aggregate LLC, was named Utah County Business of the Year. Now McKee is being held without bail in the Salt Lake County Jail after prosecutors argued he poses a financial risk to the community.

How do we help him and his family? What can we do to let them know we still love them?