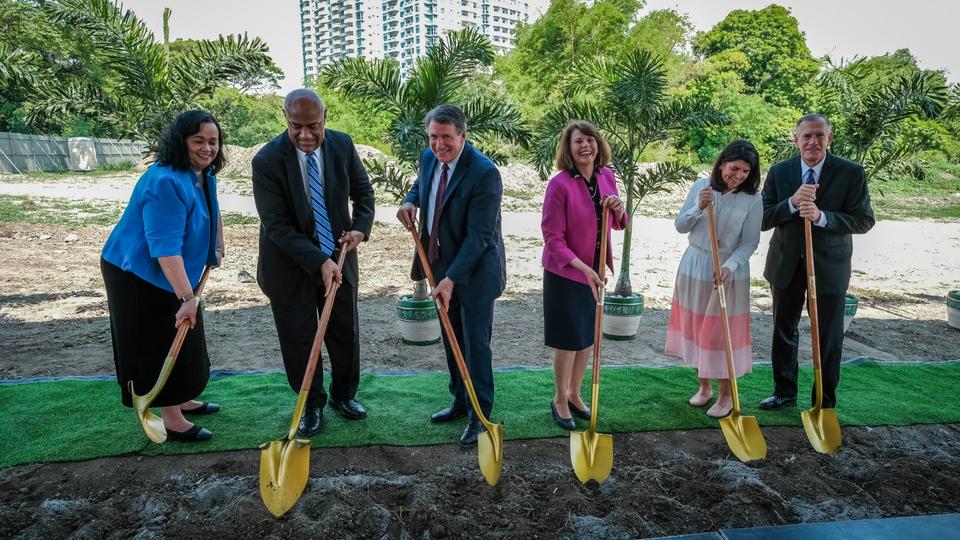 Two temples, in Auckland, New Zealand and Alabang, Philippines, held groundbreaking ceremonies this week. Though Latter-day Saint temples around the world have been closed due to circumstances surrounding the coronavirus, they have been reopening for living ordinances in phases. Additionally, construction on previously announced temples continues. Read the updates on these two new temples from the Church Newsroom below:

Among the guests from government, other faiths, and the community, were Hon Aupito William Sio, Minister for Pacific Peoples; and Mayor Phil Goff, Mayor of Auckland.

“This is an historic day as we dedicate the ground for the Auckland New Zealand Temple,” Elder Ardern said. “For members of the Church, temples are the most holy of our places of worship.”

He invited members of the Church to spiritually prepare for the opening of the temple in approximately three years.

When the Philippines Area Presidency entered Alabang in Muntinlupa, Metro Manila, they were greeted with tall buildings in this blossoming business district amid lush landscapes and tree-lined pathways. Despite the modern cityscape, Alabang has maintained a serene ambiance—a fitting place for worship, reverence, and a temple of The Church of Jesus Christ of Latter-day Saints.

Elder Evan Schmutz, Philippines Area President, warmly greeted the attendees. “We recognize that we are a small gathering because of the conditions that are still present in the Philippines and elsewhere in the world that limit our ability to gather in larger groups and so we’re spaced from one another in what we refer to as social distancing,” he said.