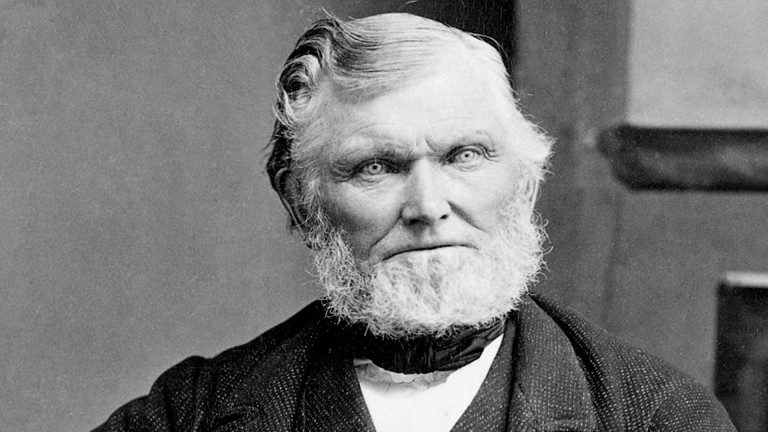 To read other excerpts and insights from Daniel C. Peterson, visit his blog, Sic et Non.

Here are a couple more stories out of Church history that are featured in my friend Brent Top’s forthcoming paper on “The Near-Death Experience: Why Latter-day Saints Are So Interested,” of which he kindly gave me a manuscript copy last week:

“The sisters gathered around her body, weeping, while I stood looking at her in sorrow.  The spirit and power of God began to rest upon me until, for the first time during her sickness, faith filled my soul, although she lay before me as one dead.”  Woodruff then recounts how he anointed her with oil in the name of the Lord and “rebuked the power of death” and commanded her to be made alive.  “Her spirit returned to her body, and from that hour she was made whole.”  Later Phoebe related to her husband and those present that as she was being anointed with oil, “her spirit left her body, and she saw it lying upon the bed, and sister weeping.  She looked at them and at [Wilford], and upon her babe, and while gazing upon this scene, two personages came into the room. . . .  One of these messengers informed her that she could have her choice: she might go to rest in the spirit world, or, on one condition she could have the privilege of returning to her tabernacle and continuing her labors upon the earth.  The condition was, if she felt that she could stand by her husband, and with him pass through all the cares, trials, tribulation and afflictions of life which he would be called to pass through for the gospel’s sake unto the end.  When she looked upon the situation of her husband and child she said: ‘Yes, I will do it!’”  At that moment “her spirit [again] entered her tabernacle.”

This is a very interesting reference that I do not believe that I had seen before:

As Mormon pioneers were crossing the plains, Brigham Young himself experienced two (and possibly more) near-death experiences.  On 17 February 1847, a seriously ill Brigham Young told his associate and fellow apostle Willard Richards, “I actually went into Eternity last Wednesday and came back again.”

His comment to Dr. Richards helps, in my mind, to explain the fact that, on several subsequent occasions, Brigham Young spoke very confidently about the spirit world and conditions there.  I’ve always wondered exactly what and how he knew about the subject.

What are the source references to these stories?

My grandma had a similar experience where s allowed to make a choice and she chose to come back and raise her youngest daughter, my mother. It comforts me to know that some people get to choose.