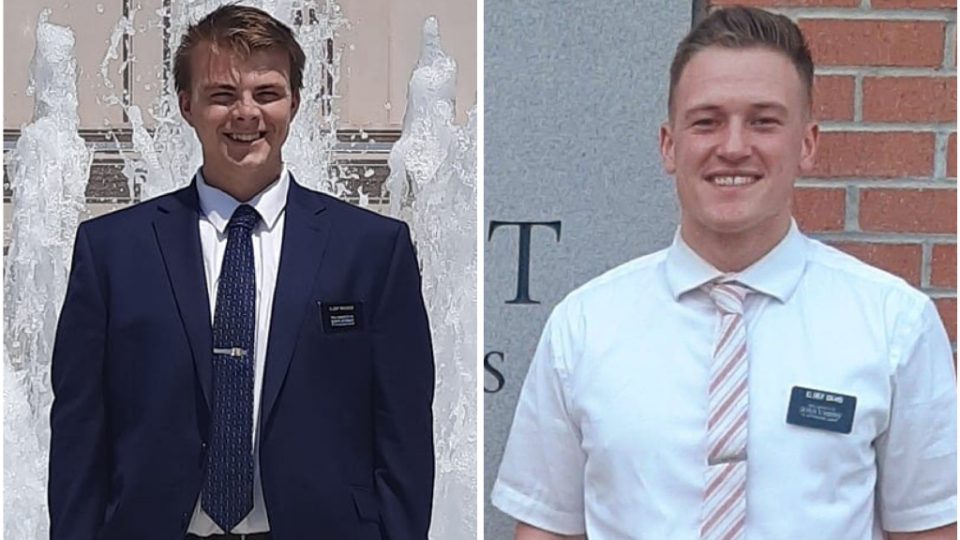 A spokesman for The Church of Jesus Christ of Latter-day Saints released the following statement on Friday, concerning the deaths of two missionaries:

It is with heavy hearts that we inform you of a tragic accident which has claimed the lives of two young missionaries of The Church of Jesus Christ of Latter-day Saints serving in the New Mexico Farmington Mission. The head-on collision occurred Thursday afternoon, and the accident is under investigation by local law enforcement.

Elder Tyson Gene Haycock, age 20, of Miles City, Montana, and Elder Michael Austin Davis, age 20, of Corinne, Utah, both passed away as the result of injuries sustained in the accident. Elder Haycock’s missionary service began just a few weeks ago in June 2021. Elder Davis had been serving since August 2019. A third missionary in the vehicle, Elder Britton Jeremie Berrett, age 19, of Roberts, Idaho, sustained serious injuries but is in stable condition and being treated at a hospital in Albuquerque, New Mexico.

Our deepest sympathies go to the families of these faithful missionaries, and we express our love and condolences to all who love them. We pray that their families, friends and the missionaries they have served alongside will all feel God’s love and peace during this difficult time.