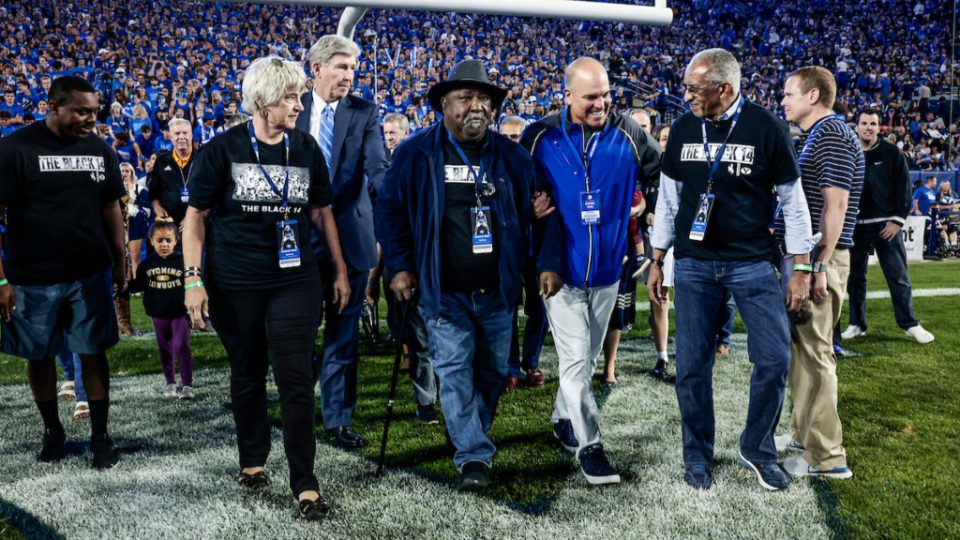 John Griffin and Mel Hamilton do not allow past slights to divert them from doing good in the present.

The former University of Wyoming (UW) athletes were two of the school’s 14 Black players dismissed from the group in 1969 prior to a game against Brigham Young University (BYU). When they asked their coach if they could protest a policy of The Church of Jesus Christ of Latter-day Saints that prevented Black men from priesthood ordination, he kicked them off the team. (The Church’s policy was changed in 1978 and added to the faith’s scriptural canon.)

These athletes at UW paid a high price for their request. Griffin said eight of the 14 (himself included) were likely headed for the National Football League. Only two made it — and Griffin said those two lost out on money because of the stigma attached to the group.

Fifty-three years later, Griffin and Hamilton are focused on helping their fellow man. They and the nine other surviving members of the Black 14 started the Black 14 Philanthropy in 2019. They educate, feed and serve those in need.

“It makes me happy that we didn’t let that incident define us for the rest of our lives,” Griffin said on Friday during a visit to Church headquarters in Salt Lake City. “It’s not about the tragedy. It’s about the philanthropy. It’s what we do now that’s so important. And I think about this every day. What more can I do?”