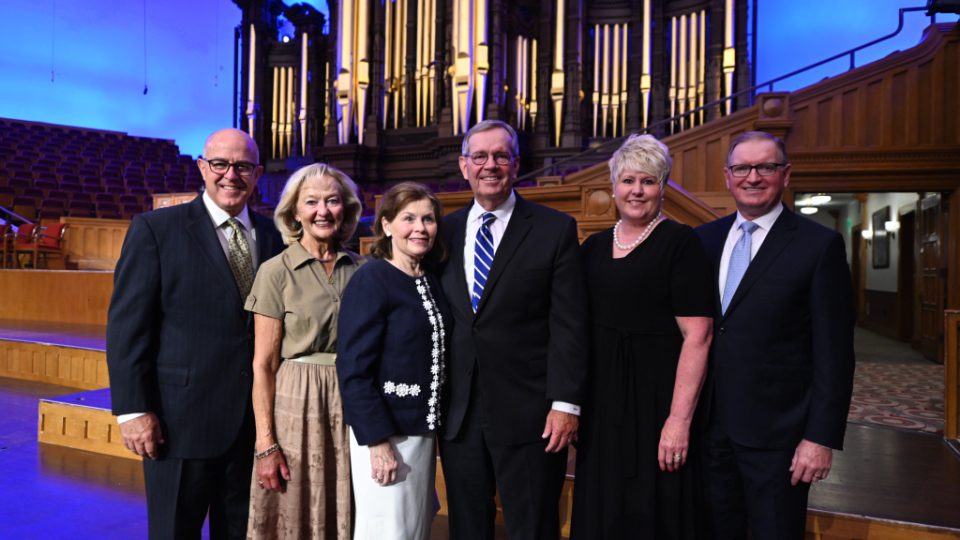 Two counselors have been called to serve with the recently announced president of The Tabernacle Choir at Temple Square, Michael O. Leavitt. At a devotional held in the Tabernacle on Thursday evening, L. Whitney Clayton was sustained as first counselor and Gary B. Porter as second counselor in the new choir presidency.

Elder Clayton is an emeritus General Authority of The Church of Jesus Christ of Latter-day Saints, and Brother Porter is a senior vice president at Deseret Management Corporation. Together with Leavitt, the new leaders will manage the administrative components of The Tabernacle Choir organization, including the supervision of more than 700 volunteers.

Leavitt, a former Utah governor and White House cabinet member, was named president of the choir on August 6. He will serve with his wife Jacalyn and lead the presidency, similar to the organizational structure used in Church missions worldwide. Leavitt replaces Ron Jarrett who has served as president of the choir since 2012.

The devotional, held in the Tabernacle and via livestream, was open to all choir organization members. Remarks were given by outgoing choir president Ron Jarrett and his wife, Lucie; the two new counselors; President and Sister Leavitt; and the choir’s adviser, Bishop Gérald Caussé, who presided at the meeting.