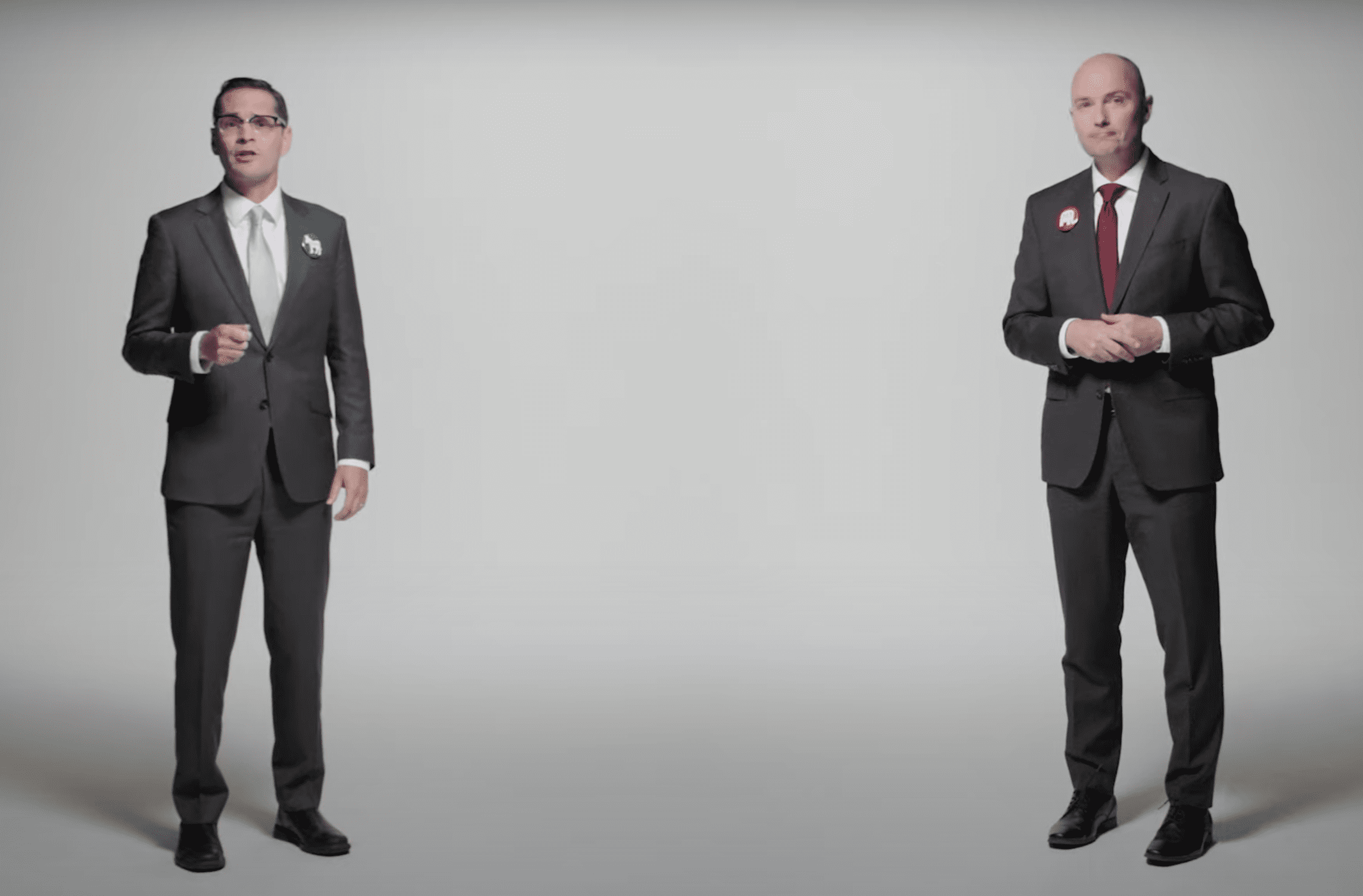 Two Utah candidates for governor made national news this week when they released a joint ad calling for civility in the coming days leading up to the election.

Below is an excerpt from CBS News:

Opposing candidates in Utah’s gubernatorial race released ads on Tuesday that are as shocking as they are heartwarming. Republican Lieutenant Governor Spencer Cox and law professor Chris Peterson, a Democrat, appear together to call for civility among voters.

“I’m not sure this has ever been done before…but as our national political dialogue continues to decline, my opponent and I decided to try something different,” Cox tweeted Tuesday.  “Let’s make Utah an example to the nation.”

“We can disagree without hating each other,” Cox says in one of the ads, in which he stands next to Peterson.

“We can debate issues without degrading each other’s character,” Peterson said.

Cox and Peterson are running against each other to become the governor of Utah after Republican Governor Gary Herbert announced last year that he would not seek re-election. Their joint ads are lighthearted — both men joke about who voters should elect before urging Utahans to respect each other, no matter how they vote.

I’m not sure this has ever been done before…but as our national political dialogue continues to decline, my opponent @PetersonUtah and I decided to try something different. We can disagree without hating each other. Let’s make Utah an example to the nation. #StandUnited #utpol pic.twitter.com/Tkr2sDCYTB

Today @SpencerJCox and I are releasing joint public service ads on civility in politics. Working together and the peaceful transfer of power are integral to what it means to be American. Let’s reforge our national commitment to decency and democracy. #utpol #standunited pic.twitter.com/jeUJ78aVor

The following is excerpted from the Deseret News:

In our opinion: Utah’s politics aren’t an aberration. They’re a model for the nation

Those who designate Utah a sleepy state in election years should wake up to its increasingly unique influence in the country.

As rules for decorum shrivel across the nation, Utah’s candidates for governor have a fresh message for the nation: We can debate ideas without denigrating each other.

Republican Spencer Cox and Democrat Chris Peterson released two PSA videos on Twitter assuring voters they had respect for one another even while pushing different solutions.

“We can disagree without hating each other,” Cox says, followed by Peterson summing up, “Win or lose, in Utah we work together.”

How elementary. And how terribly needed in 2020.

Those following Utah’s race for governor know the candidates are true to their word. They engaged on substantive issues during debates, unafraid to attack ideas but never with a word of contempt for the character of the other.

Even as polls show Cox holding a sizable lead over his opponent, the singularity of the videos shouldn’t be lost: Two political foes appearing together on screen, urging the electorate to commit to the ideals that maintain democratic institutions.