This is What the Temple is All About | Meridian Magazine 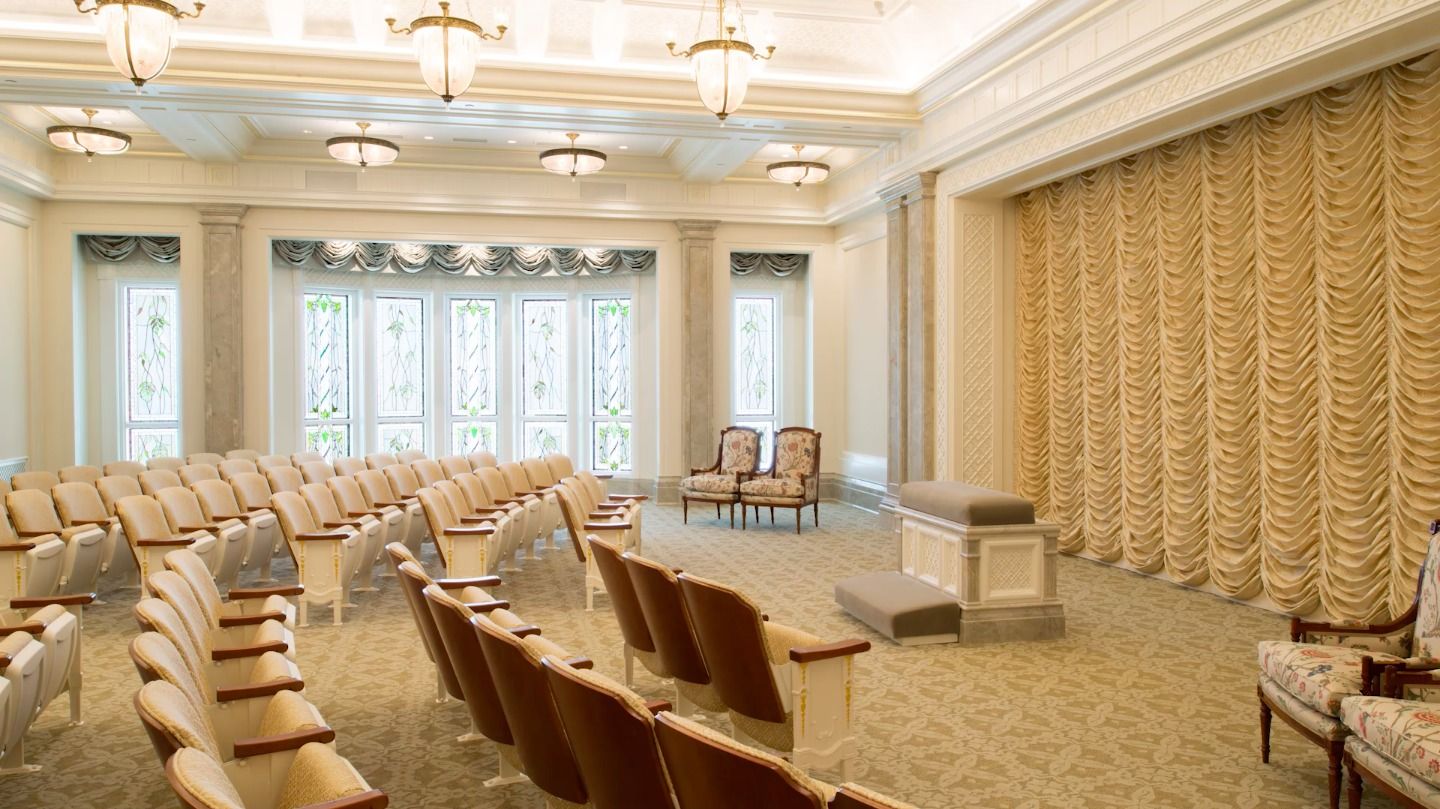 This is What the Temple is All About

There are times when we experience something important without realizing it–when we don’t recognize until much later the spiritual significance of what has occurred. At other times, if we’re fortunate, we feel in the very moment that what is transpiring is deeply meaningful, and we are privileged to be a part of it. I recently had such an experience:

Sister Brimhall and I stood just inside the temple as another ordinance worker turned the locking mechanism counterclockwise and flipped a lever to allow the doors to slide open. Waiting outside was a small, masked group of people, including one man in a wheelchair, and a younger man wearing a missionary nametag. Elder Olson had taken time from his home MTC studies to receive his temple endowment.

My eyes searched for his mother, Heather, who had once worked on my temple shift. When Heather had let me know last February that she could no longer work on our Tuesday shift because her family needed her, I hadn’t the faintest inkling how serious those needs were. I later discovered that her husband, Scott, was being treated for stage four colon cancer. As I looked toward the thin, pale man in the wheelchair, it was evident that the treatments had not been successful. Scott did not have long to live.

Next, Sister Brimhall and I escorted the women of the group to the dressing room, assigning each one a locker. As I stood waiting for them to dress in their white temple clothing, my heart ached for Heather. I tried to imagine the mix of emotions swirling in her heart as the joy of having her oldest child receive his endowment was somewhat shadowed by the specter of her husband’s imminent passing. I silently thanked God for the tender mercy of allowing Scott to live long enough to be in the temple with Zackery.

After leading the group to the endowment room, I took my place in the front, feeling privileged to be part of this temple experience. My vantage point allowed me to view the emotions of the family members gathered there. Though their faces were partially concealed by the masks they wore, their eyes spoke volumes. Tears flowed freely when Zackery entered the room, pushing his father in a wheelchair. I’m not sure if Heather’s tears stopped during the entire session. Even as an unrelated observer, I struggled to keep my own emotions under control.

For me, the most poignant moment of the session came toward the end, when Scott–despite his severely weakened condition–chose to stand in the prayer circle. I admired his courage even as I feared he wouldn’t have the strength to stay on his feet. As I observed Heather, standing with her son in the temple for the first time, and with her husband for the last time, my heart pounded almost painfully in my chest. I was powerfully impressed by the thought, “This is what the temple is all about.”

The tender scene before me felt like the ultimate visual aid for understanding why Latter-day Saints are so serious about the temple and the covenants made there. The faith of Heather and Scott and Zackery allowed them to experience the joy of the day, even while acknowledging the pain of the parting to come. Their faith in the sealing power which bound their family together twenty-one years earlier allowed them to feel God’s peace even through their tears.

Standing in the Celestial room later, I had no way of knowing what thoughts filled their minds as the three of them sat close together in that silent space. All I knew was that I was a witness to something special that day. In the dressing room afterward, I saw tears and hugs and even some smiles as the female members of Heather’s family surrounded her, enveloping her in their love and strength.

In the intervening months, I have thought often of the conflicting emotions I experienced as I exited the temple the day of Zackery’s endowment: the heartache over Heather and Scott’s looming separation, but also, bone deep gratitude for the plan of salvation. It seems ironic that an essential element of the great plan of happiness is for mortal beings to occasionally experience sorrow and loss and grief to a nearly unbearable degree. I shall be forever grateful for the eternal perspective gained in the holy temple, which has opened my eyes to the blessings of God’s beautiful, perfect, Christ-centered plan; to the sacred covenants which provide access to heavenly help; and to the glorious nature of the sealing power. This is what the temple is all about.

Wonderful and touching story. Special are the people in it and the way you told their story. So very touching.... Thank you so very much.

Yes, THIS truly is what the Temple and the Gospel are all about. Thank you for recording such a touching experience, a bright reminder of the Son during the painful losses of mortality.