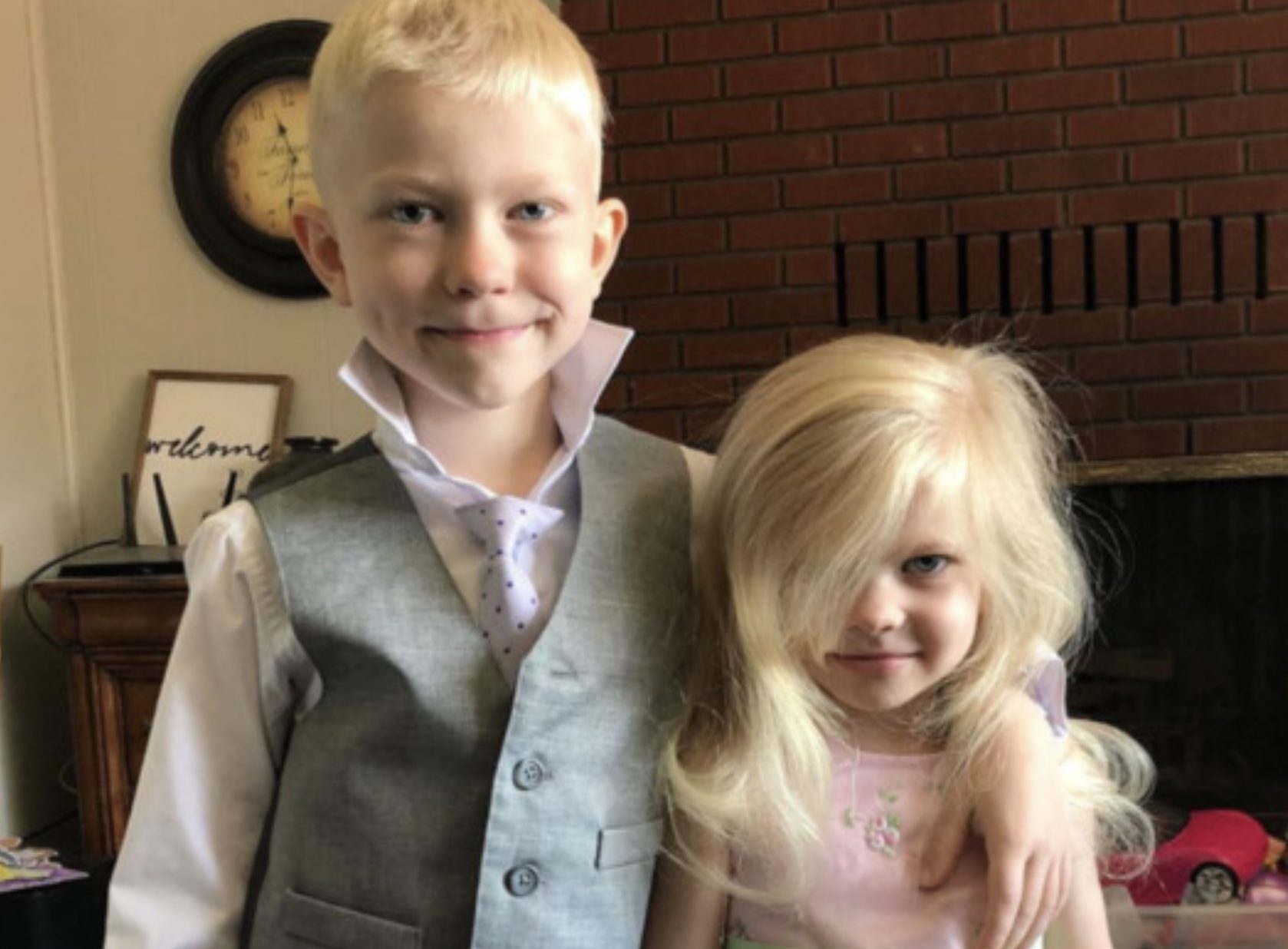 This 6-year-old went viral for saving his sister from a dog. Here’s the invitation his Latter-day Saint family extends to the world

Bridger Walker, age 6, touched the hearts of many after shielding his sister from a neighborhood dog at high cost to himself. His story has been covered by major news outlets such as Yahoo! and ABC News, and he’s received messages of love far and wide, including from celebrities like Chris Evans and Robert Downey Jr. But what many may not know is that the Walker family are Latter-day Saints and through this experience they have spread a message of love and a call to “comfort those that need comfort.”

Bridger and his 4-year-old sister were playing in the backyard of a friend’s house in Wyoming when they were unexpectedly charged by a dog. With only seconds to decide what to do, Bridger bravely stepped in front of his little sister, trying to shield her from the attack.

Hey, all. Please, share my nephew’s story so that it gets as much exposure as it can. We know that our little hero would love some words of encouragement from his favorite heroes. On July 9th, my six year old nephew Bridger saved his little sister’s life by standing between her and a charging dog. After getting bit several times on the face and head, he grabbed his sister’s hand and ran with her to keep her safe. He later said, “If someone had to die, I thought it should be me.” After receiving 90 stitches (give or take) from a skilled plastic surgeon, he’s finally resting at home. We love our brave boy and want all the other superheroes to know about this latest hero who joined their ranks. @tomholland2013 @chrishemsworth @robertdowneyjr @markruffalo @prattprattpratt @twhiddleston @chadwickboseman @vindiesel @chrisevans EDIT: I just finished visiting with Bridger at his home. His wounds are looking so much better! He’s in great spirits, and his awesome personality is intact. He can’t smile too widely yet, but he was grinning as I read some of your comments to him. I’d also like to mention here that the dog’s owners are really great people who have been nothing but kind to Bridger and his family. We feel no resentment toward them at all, and—if anything—there’s only been an increase of love between our families as a result of this incident. EDIT 2: Once again we’re blown away by the amazing comments and messages that Bridger’s receiving. I’ve had lots of inquiries about a GoFundMe. Bridger’s family has asked that any one wishing to help out financially can, instead, donate to @mission_22 or @wwp. Bridger is also a huge fan of Science, especially Geology. So I’m going to start a post where people can share with him pictures of cool rocks that they see. EDIT 3: Once again, everyone’s kindness has meant so much to us. I’m trying to get to all of the messages that I can, but it may take some time. For those who have inquired about sending Bridger some rocks, here’s the address to use: Bridger Walker P.O. Box 22141 Cheyenne, WY 82003 #BridgerStrong

The dog leaped and latched itself onto Bridger’s cheek. When the dog released, Bridger grabbed his sister’s hand and ran them to a part of the yard where he thought they would be safer. At that point, the dog’s owner came outside, secured the dog, and then rushed Bridger inside and called for emergency help.

Bridger was rushed to the hospital where he would undergo a nearly two-hour surgery to pull his face and scalp back together, receiving in total over 90 stitches.

This young man is a true super-hero! He didn't need a cape or crazy "super powers" - just the knowledge that his sister needed to be saved at all costs and the courage to act in the moment on her behalf.

The owners did put down the dog as reported in the original news article, even though the little boy didn't want anything done to the dog. (Another testament to this boy's big heart) This article was highlighting the faith and courage of the little boy so it wasn't mentioned.