‘There is a hurry,’ Brother Wilcox says about education, repentance and gathering Israel | Meridian Magazine 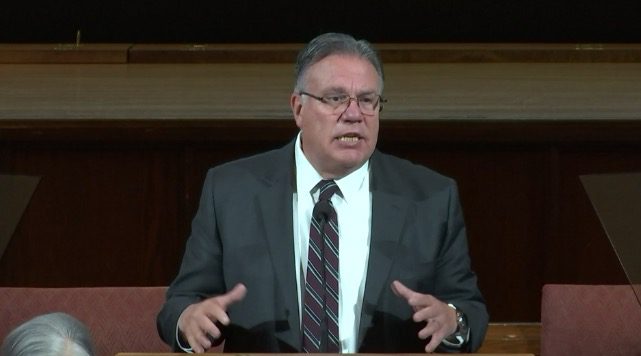 ‘There is a hurry,’ Brother Wilcox says about education, repentance and gathering Israel

Long before Stephen R. Covey and Jon M. Huntsman Sr. achieved professional and economic success, they both felt — and responded to — the need to help others, said Brother Bradley R. Wilcox, second counselor in the Young Men general presidency.

Covey, author of “The 7 Habits of Highly Effective People,” and Huntsman, a businessman and philanthropist, exemplified what Brother Wilcox described as “a sense of urgency.” Covey once said, “If you wait until you are rich enough to do some good in the world, you will probably never do it.”

During an Oct. 12 Ensign College devotional in the Assembly Hall on Temple Square, Brother Wilcox told students, “We need to feel an urgency to draw closer to God and an urgency to live in accordance with His truth.”

Just as the shepherds went “with haste” upon hearing of the Savior’s birth, Brother Wilcox urged listeners to proceed “with haste” in their efforts to pursue education, repent and gather Israel.

Education is part of Latter-day Saint culture. “It is a part of who we are,” Brother Wilcox said.

Three years after the Church’s organization in 1830, Joseph Smith established the School of the Prophets. As the Saints moved west, Brigham Young encouraged them to bring maps and books. Three months after the first pioneers arrived in the Great Salt Lake Valley in 1847, they started a school. The University of Deseret was established four months later.