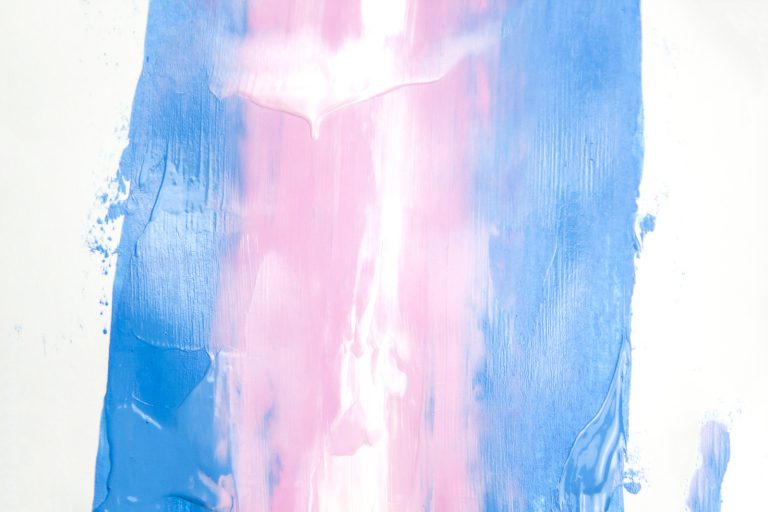 The Untold Story of Gender Detransitioners

“A gender specialist told me to give it more time. Eight years seemed like an awfully long time to me. Nothing made sense. Why hadn’t the recommended hormones and surgery worked? Why was I still distressed about my gender identity? Why wasn’t I happy being Laura? Why did I have strong desires to be Walt again?”

Walt Heyer lived a hard life. At the age of four, he began to experience gender dysphoria. Four years later, a family member sexually and emotionally abused him, which further confirmed his self-hate for being a boy. He was convinced that becoming a woman would fix his problems, and these thoughts consumed him. In his bed, he would lie awake and beg God to turn him into a girl. He wanted to be “accepted” and “affirmed” by the adults in his life, and he convinced himself that being a girl was the only way to feel safe.

Walt continued to have these feelings, but he tried to live a fulfilling life. He got married and had two kids, but there was always the thought lingering in the back of his mind telling him he could not be accepted until he became a woman. Eventually, the doubts overcame him. Walt decided to become Laura. Becoming Laura was a process. First, he needed to dress as a woman. Next, he took estrogen. Finally, he underwent genital reassignment surgery.  Walt did everything the professionals said would fix his dysphoria, and so Walt lived as Laura for eight years. However, Walt/Laura continued to feel unhappy, confused, and even suicidal.

The Center for Suicide Prevention says that 1 in 3 trans youth will attempt suicide in their lifetime. For that reason, many health care professionals recommend affirmative treatment and transition for trans-identifying individuals. However, countless men and women such as Walt make the life alternating decision to transition to the opposite gender, only to regret it later. According to one longitudinal study conducted in Amsterdam, thoughts of regret begin around 10 years post-transition. A 2019 Swedish study discovered those who chose to undergo gender reassignment surgery were “six times as likely to have had a mood and anxiety disorder… more than three times as likely to have received prescriptions for antidepressants and anxiolytics, and more than six times as likely to have been hospitalized after a suicide attempt”.  Clearly, this issue is far more complex than trans-activists would have us believe.

Born as a female, Charlie Even transitioned to a male at the age of 16, only to detransition 10 years later. Traumatized emotionally and mentally by her experiences, she formed a support group for trans individuals wanting to live again as their biological sex. After speaking at a gay pride parade, Charlie was surprised when 300 marchers contacted her seeking support in detransitioning.

Charlie found that there were two common complaints among destranitioners:

1.They were not mentally capable of understanding the effects of the transition, due to other mental health issues such as anorexia, bulimia, or depression from which they suffered.

2. The preliminary therapy did not prepare them sufficiently for the impact of gender transition on their lives and they were not able to give true consent.

Elle, a 20-year-old former transmale regretted transitioning four years after taking testosterone. Elle had many mental health issues as a teenager and decided that transitioning would fix her problems. Elle went through a traumatic sexual experience online with an older man. This affected her self-worth as a young woman. Traumatized by her experience, Elle no longer wanted to be female. She began isolating herself from friends and family, becoming consumed with transmedia.

At the age of 16, Elle began taking testosterone. She grew facial hair and her voice changed. She bound her breasts so she would look more like a male. But at age nineteen she began to question gender transition as the solution to her mental health problems after changing her eating habits and daily exercise helped her feel healthy. She realized she liked her female body after all. Reading about another person’s detransition experience helped her realize she could also “live as a woman again.” Fortunately, Elle never had surgery, but four years of male hormones permanently altered her voice. Elle’s message regarding young people considering medically and surgically altering their bodies? “…there are always other things you can do first to help yourself before you try transitioning.”

The push to silence regret

These stories illustrate how mental health crises play a role in gender dysphoria. While the exact percentage of detransitioners is unknown, Walt, Elle, and Charlie’s experiences are not isolated. One Reddit detransition community alone has 21.0K members, with countless other communities popping up on Twitter and Reddit every day. Detransitioners overcome immense pressure to share their stories as the medical community and LGTBQ activists deny their reality. Those who speak up for detransitioners are canceled and labeled as transphobic.

In May of 2021, CBS aired a 60 Minutes segment about four detransitioners. The segment never criticized transgender individuals or the LGBTQ community, yet LGTBQ activists labeled the 60 Minutes program as “dangerous, and dehumanizing.” Blair White, a popular transgender woman who disagrees with transitioning youth, has acknowledged on her YouTube channel the huge backlash experienced by those that regret their transition or defend detransitioners.

Parents who have children dealing with gender dysphoria are challenged in finding reliable care. To give their children the best help, parents turn to therapists, schools, and physicians, but frequently find themselves combating the “experts” regarding the best treatment for their children. One Maryland school district policy intentionally keeps parents in the dark regarding their children’s efforts to transition. The policy enables the Montgomery County Board of Education staff to assess minors’ sexual preferences and affirms their transition without parental notification and consent.  Additionally, schools in Washington are considering middle and high school on-campus health clinics, allowing youth access to medical treatments such as puberty blockers, and cross-sex hormones without parent’s knowledge or consent.

Ahmed is a Pakistani immigrant who lived in Seattle with his family. When his 16-year-old son threatened suicide, Ahmed and his wife checked their son into Seattle Children’s Hospital. Hours later they received an email from mental health caregivers suggesting the couple take their ‘daughter’ to a gender clinic. They received calls from the hospital’s counselors and therapists telling them the only way to help their ‘daughter’s suicidal state was to transition him to a girl.

Syed, a bright A-student struggled with the social demands of adolescence. He also has autism, so simple tasks such as shaking hands were difficult. Syed began spending all his time on the internet. He came across transgender media and influencers. For a kid who felt detached from his parents and peers, the trans-gender community made him feel understood and loved. Syed was soon consumed with the idea that becoming a transwoman would fix his difficulties feeling connected.

In the state of Washington, minors as young as 13 can receive gender affirmation care without parental permission. If a parent or guardian comes across as even a little hesitant regarding their child’s transition, child protective services are called and parents lose custody of their children. Ahmed kept a cool head. He told the hospital staff he would take his “daughter” to a gender clinic, and begin transitioning. Once Syed was back in the family’s care however, Ahmed quit his job, and moved his family out of Washington.

Syed has since received care from a therapist who is an autism expert. Syed is no longer suicidal, nor does he believe he is transgender. He is a normal, intellectually bright, 17-year-old autistic boy who exhibits social behaviors considered quite young for his age – he really likes My Little Ponies. And as far as his parents are concerned, that’s just fine.

The solution from health care providers is remarkably one-sided: transition, transition, transition. And, if as a parent you question transition, they unfailingly employ the scare tactic of “Do you want a live son or a dead daughter? If you don’t do this, your child will commit suicide.” For years now studies show that 80-95 % of prepubertal children will desist – no longer experience gender dysphoria – by adolescence. Due to this and other possible co-existing mental health issues, medical professionals traditionally chose to employ watchful waiting. Watchful waiting encourages parents to help their children identify and work through underlying problems. Resisting the pressure to transition saves children from permanent, life alternating consequences that many will come to regret.

The proper care of children with gender dysphoria has become a battle between trans-activists with an agenda to promote the early transition of children and parents who fear that care for their children has been politicized, As the controversy continues, it is crucial that we consider the experience of detransitioners who urge that society stop the rush to transition and re-employ watchful waiting as the standard of care for children. Doing so restores the rights of parents as the guardians of their children’s wellbeing and safeguards children from a lifetime of regret.

Brittney is a student at BYU-IDAHO, graduating in December 2021. Interested in family public policy, she hopes to continue her work advocating for children and families. She is married and has one child.

Thank you for a much-needed article! This is a fantastic wealth of information that poses the question of why so many people are pushing this agenda so quickly on our vulnerable youth. People need to hear both sides of the story, and this is the other side that is too often silenced. I hope this is circulated far and wide.

This is such a heartbreaking struggle. It is particularly scary for a parent when you feel, while you are trying to figure things out, that you have the needs of your child, the voices of society and possible conflicts with school and public administrations that you are dealing wtih. I haven't had this exact situation but some very "modern" situations with my children. It was most helpful to realize that 1. i needed to find calm somehow so I could really talk w God and hear His voice. 2. pay attn and realize when I am moving based on fear or imagined timelines. 3 just because a voice is the loudest doesn't mean it is the correct one. Often, people who have the same questions, and would support you while you figure things out, are often the ones trying to be respectful of your "space" and don't say anything. There is a way to give love and support without pushing expectations. Finally, it was so important to shut out everybody else and make sure my child knew i loved them, was truly listening, and had the confidence that there were answers. Some of the things I dealt with took several years but as soon as I quit forcing my chosen result on my child and listened nonjudgmentally and LOVED them, things started to open up and we found a way thru. SATAN USES CONTENTION no matter the situation TO KEEP PEOPLE FROM HEARING EACH OTHER, LOVING EACH OTHER AND SUPPORTING EACH OTHER. God bless us all. He is good all the time.