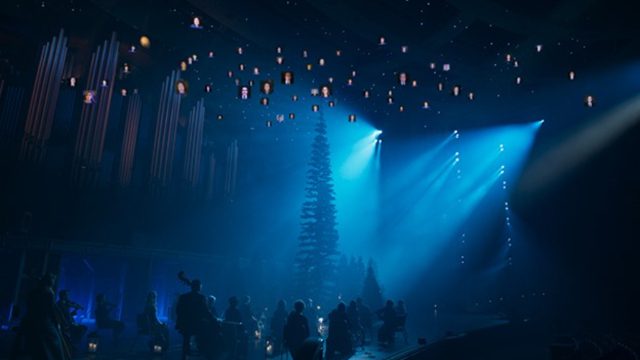 The Tabernacle Choir and Orchestra at Temple Square has released a new Christmas video produced during the COVID-19 pandemic.

In November 2020, after almost nine months without playing together, a few members of the Orchestra were invited to come to the Conference Center in Salt Lake City to accompany Broadway’s Brian Stokes Mitchell singing Choir music director Mack Wilberg’s arrangement of “Infant Holy, Infant Lowly.” This tender traditional Polish carol tells the Christmas story of the manger and the shepherds.

Because the Choir’s 2021 Christmas gift to the world, “20 Years of Christmas with The Tabernacle Choir”—both the PBS and BYUtv online and television specials and new DVD—was planned and produced in 2020 during the pandemic, it is natural to ask, “Did the Choir and Orchestra contribute something new?”

From early in the process, a virtual choir was considered. But the role it would play was uncertain. Would it be just another musical selection, performed without a live audience, recorded in isolation on mobile devices? As the Choir’s music directors and production team considered how a virtual choir might add value, they recognized that virtual singers are somewhat like angels—crossing time and space to make their appearance and deliver their message.