‘The Strategist: Brent Scowcroft and the Call of National Security’ | Meridian Magazine 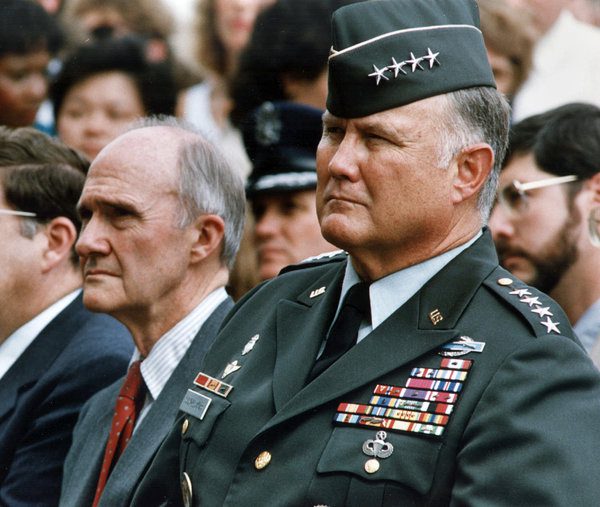 ‘The Strategist: Brent Scowcroft and the Call of National Security’

The following is an excerpt from an article in the New York Times. To read the full article, click here.

In foreign policy, every success is just the start of the next crisis. Brent Scowcroft has pointed this out often in his four ­decades at the top of the American national security establishment. When the Soviet Union was conceding defeat in the nuclear arms race, he wondered if Gorbachev would instead “kill us with kindness.” When the Evil Empire was crumbling, he fretted about loose ­nuclear weapons and ethnic slaughter. When American troops were routing Saddam Hussein in the Persian Gulf war of 1991, he worried that “Iraq could fall apart,” leaving us to pick up the pieces. Again and again, this taciturn Mormon has been the Woody ­Allen of American foreign policy.

In “The Strategist,” his informative but inelegant biography of Scowcroft, Bartholomew Sparrow argues that this former national security adviser (to both Gerald Ford and George H. W. Bush) and still-reigning wise man (as he nears his 90th birthday) could also be considered “the United States’ leading foreign policy strategist of the last 40 years.” But just as there are writer’s writers, Scowcroft is a foreign policy strategist’s foreign policy strategist, not widely known outside the guild. One of Ronald Reagan’s national security advisers cited him as a model; so did one of Barack Obama’s. “They all wanted to be Scowcroft,” one study says of his successors. Sparrow, a professor at the University of Texas, wants to narrow the gap between guild esteem and public acclaim.

But the qualities that account for this esteem make Scowcroft a tough subject for a biographer: How do you give color to the classic gray man? Journalists have ­described him as having “the gaunt demeanor of a church elder,” his words “carefully weighted to ensure that they contain not a gram more of information than their author wishes to convey.” Even after hours of interviews, Sparrow’s Scowcroft remains a steely and reticent figure.