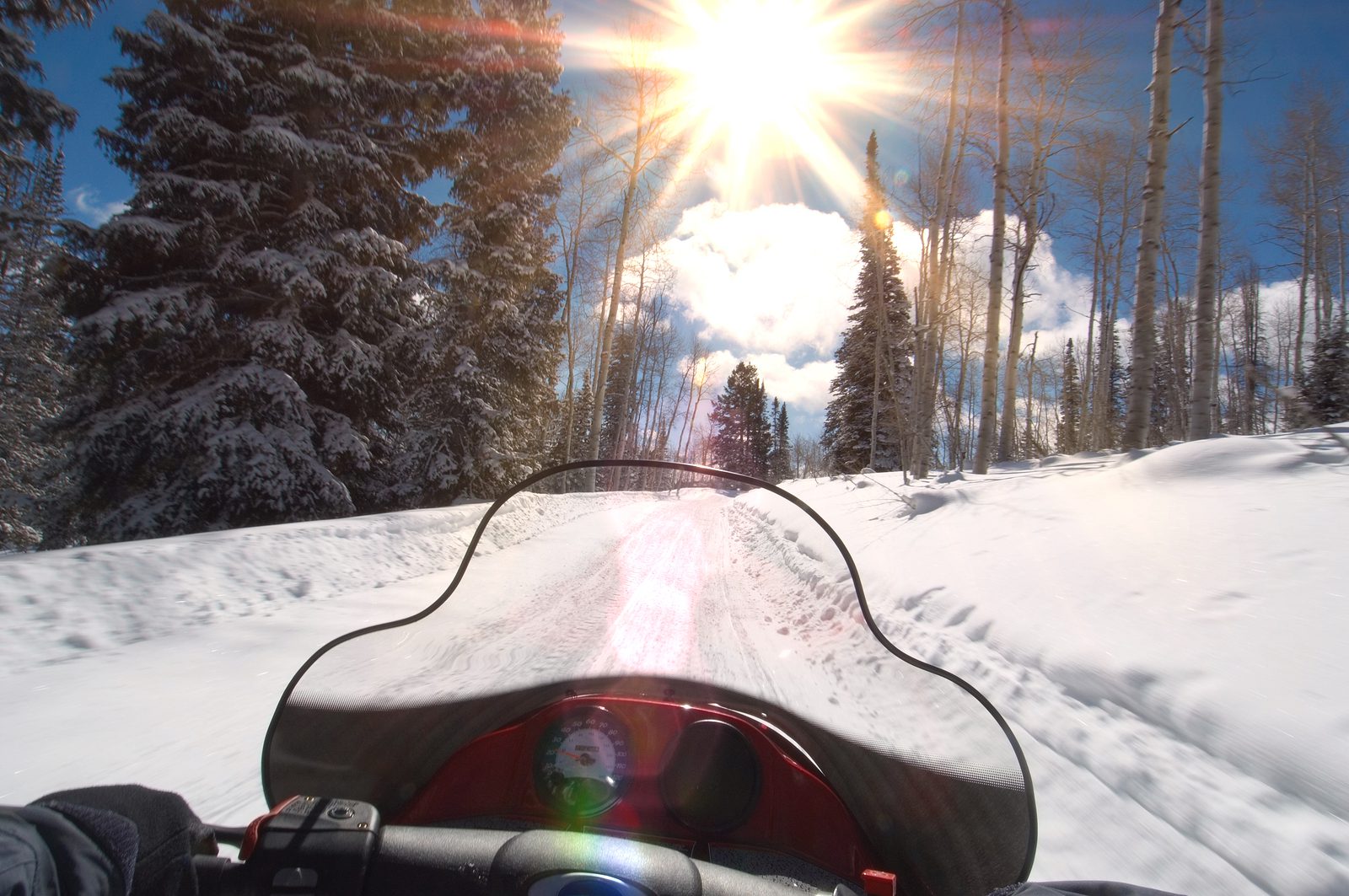 I was one of the fourteen-year-olds, and it was to be our January scout camping trip. We would snowmobile in to a big, open meadow and set up camp Friday evening. We would spend the next day snowmobiling in the meadow. Then, an hour before dark, we would head for home.

All went as planned the first night. We set up camp and ate dinner. We went to bed early so we could get up at first light and have a full day riding the machines.

The next morning there was only a glimmer of light in the east when we woke. By the time there was enough sunlight to ride without the machines’ lights on, we were off racing across the meadow. After lots of riding, we moved to another fun event. We tied ropes fifty feet long onto the snow machines and tied the other ends to inner tubes.

“Howard,” Rod said, “I bet you can’t stay on that inner tube with me driving the snow machine.”

I accepted his challenge and climbed on the inner tube like a cowboy climbing into a chute on the back of a bull. I grasped the rope securely with both of my glove-covered hands and laid down. Rod sat down on the snowmobile and gunned it forward.

Rod would bring the machine up to the fastest speed he could, about fifty miles per hour, then he would turn as sharply as he could without rolling the snow machine. This whipped me at about twice that speed in an arc across the snow. The snow crystals bit into the exposed areas of my face. I even rolled over a couple of times on the inner tube. But even while being dragged through the snow, I held on, determined to win the challenge.

The day was spent with everyone challenging each other to see if they could throw them off of the inner tubes. When it was almost time to leave, only Rod and I had not been thrown off. Before heading back to where the snowmobile trailers were waiting, the other boys egged us on to see if one of us would be the ultimate champion.

Rod said he’d try to throw me first. For about twenty minutes, he rode at full throttle, crossing rough trails, turning at high speeds. The ice crystals cut into me to the point I felt they were surely drawing blood. But I held on, and finally, it was my turn to drive.

As he grabbed the rope, he grinned. “All right, Howard. Give me your best shot.”

I, too, did the same as Rod had done. I pushed the machine to the limit across some of the roughest tracks and spun the machine in as fast and tight of circles as I could. But Rod held on no matter how hard I tried. I could see the sun sinking in the sky, and knowing my time was running out, I got a brilliant idea.

On the far side of the meadow was a ridge where the snow had drifted especially deep and thick. It had formed a wall of snow about eight feet high and around ten feet in depth. It was also nearly vertical. I opened the throttle and headed for this wall of snow. I estimated the distance of the rope and the speed, and not far from the snow wall, I started the turn.

The rope whipped Rod toward the wall. I knew if I had estimated it right, he would hit the wall at peak speed, just as the rope went tight. It was almost perfect, and when the inner tube hit the wall, the g-force and the crash combined ripped Rod from the rope. But my fourteen-year-old brain didn’t consider what would happen after that. The inertia shot Rod directly into the wall of snow like a human rocket. He disappeared right up to his boots. Suddenly, the thought went through my head that I had killed him.

The leaders and other boys must have thought so, too, because they came flying toward us on the snowmobiles. We dug around Rod’s legs, then got a few of us on each leg and pulled him out. He was sputtering and spitting snow, but he was mostly fine. So much snow was rammed down his coveralls that he couldn’t move, and we had to help pull them off of him and unpack the snow.

When we were sure he was okay, our leaders just sighed and looked at me, shaking their heads. Finally, the oldest one spoke.

“Sometimes I wonder if fourteen-year-olds ever think at all where their actions will lead.”

Regarding the last comment in the story, Brother Howard, that is the precise reason that Young Men are supposed to have WISE ADULT leaders.