The Power of a Father in the Home | Meridian Magazine 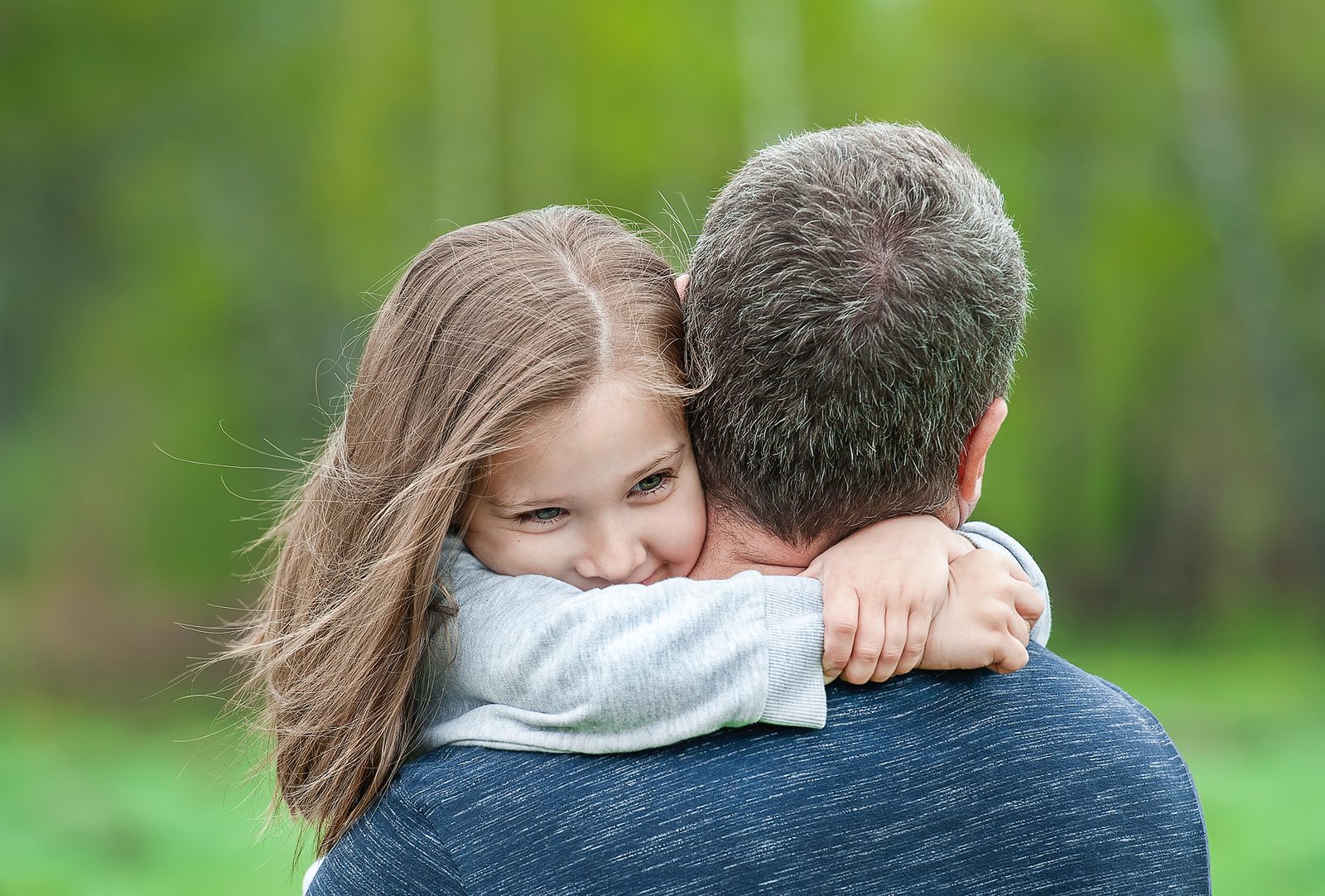 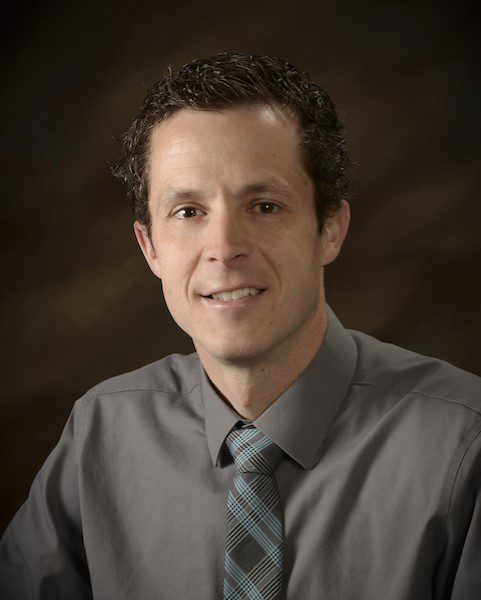 My wife and I have four children, and this child is number three of the four. Her older sister (age 10 at the time) turned to me in surprise and anticipation of how I was going to respond. My son (age 13 at the time) practically choked on his food.

*The other realization was that I had not spoken with this daughter about pornography. We had discussed intimacy, anatomy, and other related topics in a developmentally appropriate way. But not pornography.

You are probably wondering at this point how my wife and I responded. I’ll get to that in a moment. But I want to pose a different scenario for you. What if my wife were wearing the t-shirt (she does own one) and I wasn’t around? What if I were too busy with work or hobbies? Or worse yet, what if I had simply left after my daughter was born? In short, if my daughter were like the nearly 20 million children in the United States growing up without a father in the home, would that situation affect how she received an answer? The answer is both yes and no.

Let’s ask the question in a different way: Does a father offer a unique contribution to his child’s sexual, romantic, and moral development?

All of the scientific evidence appears to answer a resounding: “YES!”

Dr. Vaheshta Sethna claims that “even good mothering, for all its many benefits, [isn’t] a substitute for dad’s added bit of magic” (Sethna et al., 2017). Here is a sample of the research illustrating some of that magic:

To make matters worse, our over-sexualized (i.e. pornography) culture offers a terrible roadmap for navigating such sexual and emotional drives. But that is not all! Compared to moms, dads have a greater impact on a daughter’s self-esteem, body image, and romantic relationships with men (Sarkadi et al., 2008). (Just think about how all of those areas are related!)

Professor Linda Nielsen summarized this in one profound declaration:

“The father has the greater impact on the daughter’s ability to trust, enjoy, and relate well to the males in her life.”

An Unhealthy Substitute for the Fatherlessness

I recently conducted a qualitative review of the stories of many women who call themselves “survivors” of the porn industry—women who, for many years, helped create sexually explicit material and have since managed to walk away. It was striking to see that the vast majority of these women come from father-abusive or father-absent homes. Most spoke of the love and attention they had always wanted from men and felt they finally had found it in “performing” for men. Now, these are some of the more extreme examples; even so, several studies have discovered there is an empty spot in a girls heart made for dad, and when he or other positive father-figures do not fill it, she is likely to go to other sources of connection and intimacy to fill it for her (Weisfeld & Woodward, 2004).

So, does this mean that moms don’t have an impact on her daughter’s understanding of boys, sex, or intimacy? Absolutely not! Mothering and fathering are like a well-balanced meal where each offers essential but different nutrients for healthy social, physical, cognitive, and psychological development. (Popenoe, 1999). And if you are a single parent—mother or father—raising a daughter, be assured that these studies aren’t giving an inevitable life sentence to your daughter. But it is important to be aware of this information in order to be better prepared to address any potential issues or deficits.

Still, this is a fatherhood article, and in our world today, fathers are often viewed and portrayed as the inferior, optional parent. According to research, this is certainly not the case!

Dads, let’s be more proactive about addressing these sensitive issues. Plan and go on daddy-daughter dates. Hug your daughters. Tell her about your hopes, dreams, and fears and listen to hers. Overcome any pride or awkwardness to equip your girls with the best chance to form healthy relationships with boys and men. Studies have found that is it moms who are most likely that talk with their daughters about sex and intimacy, but college-age daughters wished their dads made more of an effort on these topics (Nielsen, 2014).

John Mayer may have said it best in his grammy-award winning song:

“Fathers, be good to your daughters,
“Daughters will love like you do.”

If you are a single mom, of course, you still can be a safe and effective source of all things related to intimacy, sex, and pornography. You can and should find other ways to give your daughters positive male role models.

Men, if you’re invited by a single mom to participate as a role model for her daughter, you should be honored by that trust. Know that you can make a positive, life-long difference. I personally know a woman who was beaten and abandoned by her father when she was young. She hated men growing up. One day she met a good man at a local church who became the father-figure she always needed. Gradually, her heart changed and today she is married to a wonderful, committed husband. While she may have made these changes on her own, her path toward healing and wholeness was certainly smoothed and aided by this man’s encouragement and kindness in her life.

For more conversations that you can have with your daughter see books from Educate Empower Kids titled Conversations With My Kids: 30 Essential Family Discussions for the Digital Age. There you will find help with essential conversations that will help your child grow and bloom into a great and informed person. (The author receives no kickback for this endorsement)

Tim Rarick, Ph.D. is a professor in Family Studies & Child Development at BYU-Idaho and serves on the Board of Health & Welfare for the state of Idaho. He has spoken on family-related topics in Asia, Central America, Europe, all over the U.S., and several times on the topic of father-daughter relationships at the United Nations in New York City. Dr. Rarick and his wife have been married for 19 years and have one son and three daughters.

Popenoe, D. (1999). Life without father: Compelling new evidence that fatherhood and marriage are
indispensable for the good of children and society. Kessler.

Thank you, Tim, for this wonderful article. Fathers matter - I see it in my office everyday as a marriage and family therapist.

On the other hand.......I was married for many years to a man I adored and married in the temple that was a secret pedophile and child molester. After 6 daughters and one son and many years I learned of his abuse on all of my children. He was the opposite of all these great qualities in your article. I can't begin to tell you of the horrible life he gave us all that is still awful. The damage is life-long for all. You probably will not share this but you should because it's more common than people realize. There is absolutely nothing more devastating and heartbreaking for any child or mother to face. There are things much, much more painful than death.