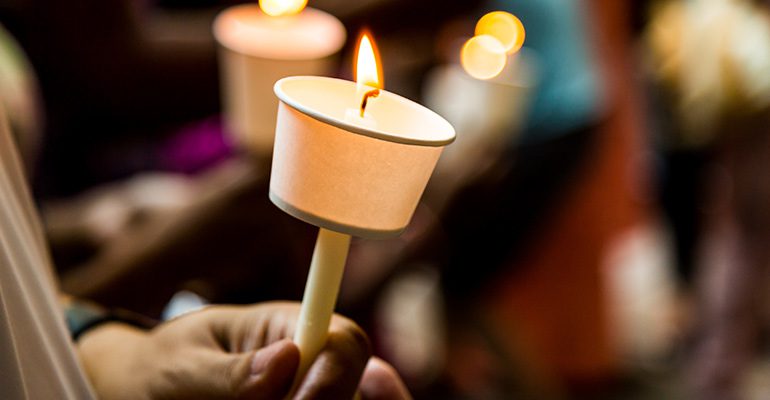 The Politics of Prayer in the Aftermath of Sutherland Springs

The following is excerpted from the Family Research Council.

To the devastated people of Sutherland Springs, President Trump told a grieving nation, “Our thoughts and prayers are with the victims and families of today’s horrible and murderous attack.” And while liberals didn’t seem to mind when Barack Obama responded likewise to the Navy Yard shooting in 2013, many are completely unglued that this administration would address a church shooting by invoking God! When House Speaker Paul Ryan (R-Wisc.) offered his condolences, the Left unleashed a string of statements almost too impossible to believe (and some, too offensive to print).

“It’s sad, and this is what you’ll get from the far secular Left,” a genuinely stunned Speaker Ryan told Laura Ingraham. “People who do not have faith don’t understand faith, I guess I’d have to say… And, it is the right thing to do– to pray in moments like this because you know what?” Ryan continued. “Prayer works.” But, he went on, “When you hear the secular left doing this thing, no wonder you’ve got so much polarization and disunity in this country when people think like that.”

And while Senator Elizabeth Warren’s (D-Mass.) attack didn’t include any four-letter words, she didn’t mind treating faith like one. “Thoughts & prayers are not enough, GOP,” wrote the Massachusetts Democrat. “We must end this violence. We must stop these tragedies. People are dying while you wait.” Not to be outdone, New York Governor Andrew Cuomo (D) suggested that we have “professionals” for this praying thing. “We have pastors, priests, and rabbis to offer thoughts and prayers. What we need from Republicans in D.C. is to do something. Lead.” In other words, keep your religion in church where it belongs and let government be our God. Ever the diplomat, Keith Olbermann‘s Twitter feed dripped with disdain. “‘Thoughts and prayers’ again, @realDonaldTrump, idiot? These people were in CHURCH. They WERE praying.”

The Wall Street Journal’s William McGurn has seen a lot of things in his journalistic career. But these responses were among the most astounding.

“…[P]rogressives simply cannot contain their distaste toward symbols and beliefs important to ordinary Americans,” he writes. “Until Sunday this columnist thought it impossible to match the obtuseness of millionaire athletes showing disrespect for the national anthem and the fans who pay their salaries. But give credit where it’s due: the thoughts-and-prayers police make the NFL protesters look like Gandhis.”

“Second, those doing the taunting apparently have no idea how childish their understanding of prayer is. As the families that come each week to the First Baptist Church appreciate, prayer is not a magic talisman against suffering. In a faith that commands its adherents to pick up their crosses, prayer is a way to praise the Almighty and, when necessary, ask for courage and resolve to do the right thing.”

In the end, that’s the real disgrace. Not just the lack of religious conviction in their taunts, but the lack of compassion. Instead of lessening this town’s suffering, they’re adding to it by calling what these people died for unimportant and irrelevant. The 26 people in pews that Sunday morning certainly didn’t think so. And if they were alive today, I have no doubt that every single one of them would agree: prayer isn’t the problem. It’s part of the solution. A spiritually sick society that embraces violence instead of values needs God. Gun control, knife control, truck rental control, pressure cooker control — they’re never going to stop evil. Only a faithful people, with hearts turned toward what’s right, can do that. Until then, we mourn with those who mourn, recognizing, as Sutherland pastor Frank Pomeroy does, “I don’t understand, but I know my God does.”

The problem is Godlessness , no fear of repercussion beyond earthly punishment, and desire for notoriety. Media has become a contagion that influences these outbursts. Search media contagion mass shooting

Benjamin Franklin — 'Serving God is doing good to man, but praying is thought an easier service and therefore more generally chosen.' But this polarized blaming of each other from both sides does nothing but throw gas on the fire and play into the hands of those intent on stirring up contention and profit during the chaos.