The Question of Universal Daycare: What Long-term Studies Are Telling Us | Meridian Magazine 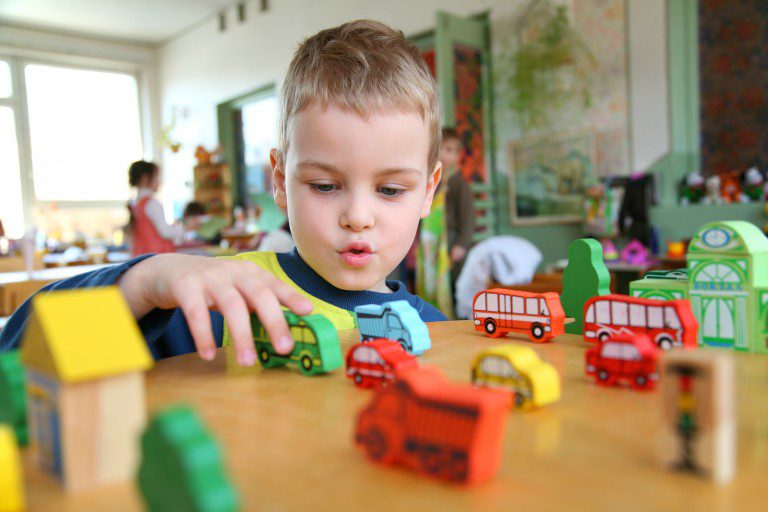 The Question of Universal Daycare: What Long-term Studies Are Telling Us

The following was contributed by Jenet Jacob Erickson.

If there is anything that people from different political views share in common, it is an interest in the wellbeing of children. We recognize that because children’s early experiences shape the rest of their lives, an investment in their wellbeing shapes the future for all. Advocates of universal, government-sponsored day care have long built their arguments on this reality. In the words of New York Times columnist Paul Krugman, public funding for child care and early education represents an investment in “tomorrow’s workers and taxpayers” and would “make a huge difference to [young children’s] lives.

The negative effects of Quebec’s experience

That is what Quebec, Canada, hoped for when it launched full-day, year-round child care for all children under age 5, in 1997. But within 10 years, analyses of the universal, “$5 per day childcare” program, found that social development among children, as indicated by both emotional and behavioral measures, had significantly deteriorated relative to the rest of Canada. Comparisons between children ages 2-4 who had been exposed to the program with older children (and siblings) who had not, revealed significant increases in anxiety, hyperactivity, and aggression. And the analyses found more hostile, inconsistent parenting and lower-quality parental relationships among parents of children exposed to the program.  But it was hard to predict whether the negative outcomes identified for 2-4 year olds would persist across their development, or simply dissipate.

Twenty years after the Quebec program’s implementation, a second set of comprehensive analyses were conducted by Michael Baker, Jonathan Gruber, and Kevin Milligan (forthcoming, in the American Economic Journal). After replicating the previous results for children ages 0-4, the authors explored whether the negative outcomes associated with exposure to Quebec’s early, extensive day care program persisted into ages 5-9, the pre-teen years, adolescence, and young adulthood.

Their analyses confirmed that the negative effects did continue, and in some cases became stronger. Among 5 to 9-year-olds, negative social-emotional outcomes not only persisted, but in some cases increased, as indicated by 24% of a standard deviation increase in anxiety, a 19% increase in aggression, and a 13% in hyperactivity. The impact on boys and children with the most elevated behavioral problems was stronger, especially in measures of hyperactivity and aggression.

Damage that persists into adulthood

For youth and young adults ages 12-20, analyses of self-reported general health and life satisfaction indicated that negative social-emotional outcomes associated with exposure to the daycare program persisted into young adulthood. The most striking finding was a “sharp and contemporaneous increase in criminal behavior” for those exposed to the universal day care program compared to their peers in other provinces. Though crime rates in Quebec are lower than the rest of Canada, there was a significant increase in crime accusation (19% increase) and conviction rates (22% increase) for those children exposed to the Quebec child care program. Similar to the outcomes for 5 to 9-year-olds, the impact on criminal behavior was greater for boys, and those with elevated behavioral problems.

The authors of these analyses acknowledge that there is some evidence of positive impacts from universal child care programs in certain nations for children of certain ages. But in most cases, the benefits are primarily for less-advantaged children. As they conclude, “There is little clear evidence that these programs provide significant benefits more broadly.”

In fact, the findings from the Quebec program are largely consistent with findings from the National Institute of Child Health and Human Development’s comprehensive evaluation of day care in the United States. That study, which followed the same 1,364 children every year from birth, found that extensive hours in day care early in life predicted negative behavioral outcomes throughout development, including in the final assessments done when the children were 15 years old.

By age four-and-a-half, extensive hours in day care predicted negative social outcomes in measures of social competence, externalizing problems, and adult-child conflict at a rate three times higher than other children. In caregiver reports of behavioral problems, only 2% of children who averaged less than 10 hours per week of day care had at-risk scores, while as much as 18% of children who averaged more than 30 hours per week did. Family economic status, maternal education, quality of day care, and caregiver closeness did not moderate these effects.

By third grade, children who had experienced more hours of non-maternal care were rated by teachers as having fewer social skills and poorer work habits. More time in day care centers specifically predicted more externalizing behaviors and teacher conflict, too. In the 6th grade outcomes, hours spent in day care centers continued to predict problem behaviors. And by age 15, extensive hours before age four and a half in any type of “nonrelative” care predicted problem behaviors, including risk-taking behaviors such as alcohol, tobacco, and drug use, stealing or harming property, as well as impulsivity in participating in unsafe activities, even after controlling for day care quality, socioeconomic background, and parenting quality.

The elusive promise of “high-quality programs”

It is important to note that there is some evidence for some positive effects when children are exposed to the highest quality daycare. Higher adult-child ratios and more sensitive and positive caregiving in day care have consistently been associated with better cognitive performance and fewer behavioral problems in children. The NICHD study done in the United States found small but consistent positive effects associated with the highest quality child care from kindergarten through 12th grade.

But as research on the Quebec program found, the highest level of quality can be hard to secure. In 2005, 60% of the universal day care program sites in Quebec were judged to be of “minimal quality.” Just one-quarter of the sites provided care that met the standards necessary to qualify as good, very good, or excellent. This reality is comparable to many other developed countries, confirming just how challenging it is for children to have access to the quality of care necessary for positive gains over the long run. And these small gains have to be weighed against the risks of extensive hours in day care. As the NICHD study found, extensive hours in day care predicted negative behavioral outcomes even after controlling for day care quality.

Where do we go from here?

These findings pose important questions for advocates of subsidized day care. If children are our most important investment, research confirming that children exposed to early, extensive day care are at risk for social-emotional and behavioral challenges must be taken seriously. As both the Quebec experiment and the NICHD study found, the negative effects of extensive hours in day care persisted across development at roughly the same size. Such effects matter in the lives of individual children. And distributed over many children, they have “collective consequences across classrooms, schools, communities, and society at large.”

International organizations like the United Nations, politicians and feminist activists alike promote universal day care as a means to secure women’s economic advancement, but outcomes like those associated with Quebec’s program and those studied in the United States reveal the difficulty in ensuring quality care for children. Women want to have families. Many, many also work out of necessity. Society clearly needs to do a better job of addressing and balancing the needs of young children and the needs and desires of working families. If we really are interested in the social and emotional health of  “tomorrow’s workers and taxpayers,” we need to look beyond the tropes of those advancing women’s status in the workplace at the expense of children’s long term well being. It’s time to look outside the box.

*A version of this report was first published by the Institute for Family Studies: https://ifstudies.org/blog/measuring-the-long-term-effects-of-early-extensive-day-care

You can find UFI at www.unitedfamilies.org

Jenet Jacob Erickson is an Affiliated Scholar at the Wheatley Institution and former assistant professor in the School of Family Life at BYU. Erickson received B.S. and M.A. degrees from Brigham Young University, and a PhD in Family Social Science from the University of Minnesota. She is currently a columnist on family issues for the Deseret News National Edition, while she and her husband enjoy their family life journey with two young children.

I appreciate Sister Erickson's article and copied it to my grandson and his wife. My wife and I care for their 2 year old son 2-3 days a week while hey work. Yet, I must comment on Sister Erickson's political reference to people of differing views sharing a common interest in the well being of children. Sadly, this is not the case. Democrat leaders have a yet-to-be-determined level of tolerance for child abuse among persons illegally crossing our southern boarder. Reported/detected child abuse incidents (various) are high and escalating. One wonders what the acceptable level will be before the border is secured.

I vividly recall Pres Kimball in the late 1970s warning LDS parents to not turn their children over to daycare centers. Although he did not specify the consequences, he did warn us that they would be dire and regretted. To what 'arm of flesh' will the many who ignored the counsel of the living oracle of God turn now that we are reaping the harvest of their disobedience? The Government does not and will never have the solution.