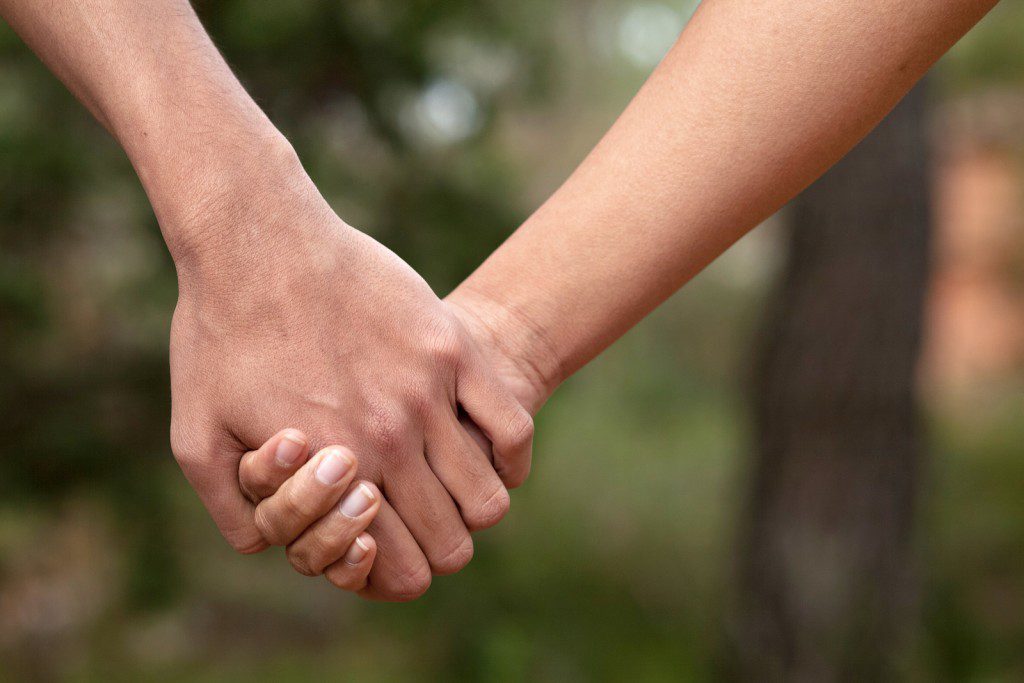 Mariah Proctor recently published a travel guide: So You Think You’re Too Poor to Study Abroad. Get your copy by clicking here. To follow Mariah Proctor on Facebook, click here.

Alternative title for this article: How I Learned to Love Spiders

I’ve always loved hearing people’s newlywed stories. I remember a friend once telling me how her parents couldn’t afford a Christmas tree the first year they were married so they put a few nails on the wall in the rough shape of a tree and ran a string of lights through them. It was that glowing shape on the wall that they sat next to on Christmas morning. There was something so romantic to me about that image; their two faces twinkling in the lighted magic of their own invention.

What I neglected to understand about such stories though, is that they are romantic because they are no longer reality. Reflecting back on newlywed struggles is easy to do when you’re sitting on a big pile of stability and security, when you know that it gets better. Actually living through the newlywed struggles when for all you know, this might be how life is forever, is less romantic.

Every time I go to complain about the dramas of our first seven months of marriage (i.e. of our first apartment), all I hear back from people is, “oh well, these are the stories you’ll tell your grandchildren.” I think they might be worth telling a little sooner than that.

Now admittedly, we must take a little responsibility for getting ourselves into the nightmarish living situation in which we found ourselves, but only a little. After exhaustive apartment hunting, we found a complex at a very good price and an ideal location. The model they showed us seemed fine and we were ready to be done looking.

The day we went to turn in our application, there were a few people hanging around outside the office and we decided to ask them how they liked living here. The first woman said, “The management is great, they worked to get my boyfriend in even though he’s got a few felonies” and the guy next to her said, “that’s good to hear. I’m hoping they’ll work with me too. Everybody’s got a couple of felonies.”

That probably should’ve been a red flag and it certainly didn’t make it seem like we were moving into paradise, but we were so ready to be done looking. We applied and were accepted and moved in a few weeks later.

Speaking of red flags, you know you’re in a rough place when people in your ward introduce themselves by saying, “I’m probably not going to learn your name because if that’s where you live, then you’ll be moving soon.” They were teasing and the ward was actually the saving grace of the whole experience, but they were not wrong about the moving soon part.

How do you know a cockroach when you see one? We were both home when a fat black bug went scurrying across the wall above the kitchen sink. We took a picture and then killed it, but neither of us were positive that that’s what it was. Actually, I immediately did a bunch of research online, scoured the crevices and crannies of our kitchen for its mates and concluded it was probably just a beetle.

Later that night when I was home alone though, I went to get a drink and caught a little brown guy off guard that was unmistakably a roach. Right out of the movies. It didn’t look like the first one we saw though. Turns out we were infested with two different kinds of roaches. Delightful.

The place had a smoke smell that we kind of got used to even though it was stronger in the mornings and when we hugged other people they caught a whiff of stale cigarette off our clothes. Two kind of roaches though, are harder to endure. I don’t know if it’s just me, but once I knew they were there, even when I couldn’t see them, I was thinking about them. I began to attribute every other issue to the presence of roaches. Weight gain? Probably has to do with the roaches. Internet is slow? Maybe the roaches are walking all over the jack inside the wall. Can’t find the keys? The roaches probably carried them off.

It was a welcome relief to spend New Years away, but when I arrived back (I had an earlier flight than the husby), I learned that some prankster or irresponsible electrician had flipped off the breaker to only our apartment and in the process about $250 worth of food spoiled in our unsuspecting refrigerator/freezer. This included about 20 lbs of elderberries we painstakingly picked for the winter and tons of backyard beef raised by Bryan’s family. The berries and meat spoiled and melted in such a way that when I came back from the trip and opened the fridge, it looked like someone had been murdered inside of it. The juices were splattered and oozing and leaking everywhere. It was the most depressing and graphic of crime scenes.

The following month Bryan’s bike seat was stolen; just the seat, right off our porch, which wasn’t nearly as bad as our friends in the complex whose car was stolen on Christmas Eve. We also had our car robbed a few months earlier, but all the thieves found in there was a $14 Costco cash card. I hope they spent it well.

The number of piling up calamities was getting comical, even suffering through them, we laughed in between tears because it was infuriating but also ridiculous. The prolific mold on all the window sills that kept coming back despite frequent Lysoling, isn’t even worth mentioning because it took a back seat to the discovery that after some persistently itchy nights—on top of everything else—we had bed bugs.

Now, maybe what comes next is more than you ever wanted to know, but as a person whose phone opens to roachforum.net automatically these days, infestation is now old news to me even if its novel to you. You’ve probably been led to think that bed bugs are microscopic, practically invisible. You’d be wrong about that. Actually, fully grown, they are about the size of a ladybug only flat like paper so they can tuck themselves into sneaky places.

If we had had a bed full of ladybugs that would’ve felt like a fairytale, but they weren’t, so it was a horror story. The complex brought in pest control guys, who sprayed, but it turns out that only made the bugs angry and more bitey. So, the next morning—the morning of my 26th birthday—was spent physically capturing all of the live bed bugs we could into a Ziploc bag. I would hold the bag open while Bryan flipped the bugs into it with the end of his pocketknife.

We’d been in a bit of a contract dispute with the complex to this point. We were technically signed for at least three or four more months and they said that even though we gave notice to move out we’d have to pay rent through the end of the contract whether we were living there or not. Turns out though, when you set a Ziploc full of live bed bugs on a manager’s desk the morning after her people have sprayed your place, the contract conversation is sort of over. There’s not a lot left to say.

I’ve learned two important things during this “winter of our discontent.” The first is that I’ve learned to love spiders. (Not what you were expecting to hear, I bet.) If you find a weevil, you have weevils. You find a louse, the kid has lice. You find a roach, you have roaches. You find a bed bug, you have bed bugs. If you find a spider? You just found a spider. The story ends there. The little maverick is not a harbinger of trouble. Finding a spider does not signify weeks or months of excessive laundering, wasted food or a considerable forthcoming expense, it’s just got eight legs and it’s passing through and it might even snap up a few of those other pests on the way. Oh how I’m thankful for spiders.

The second thing I’ve learned is how much I love my husband (obviously on a whole different level than the spider-love). I watched him take apart our bed and diligently clean and vacuum and spray every piece of it while I marked being another year older. He was so confident and unafraid. He didn’t sit around and endlessly complain about these situations or wait for someone else to do something, he got to work researching how we could start solving these problems right away and then started.

It probably sounds disgusting but I don’t think I’ll ever forget watching him corner those bed bugs with the tip of his knife or how he came running in to kill any roach I found without ever telling me to just do it myself (I’ve never liked the feel of something dying between my fingertips, be it roach, ant or otherwise). He’s been there to hold me when the stress threatened to overwhelm me and I hope I’ve done the same for him. He made me so many beautiful meals in that horrible place and I’ll always treasure our first shared dwelling and the way our life began even though we probably should’ve turned on our heels and run at, “Everybody’s got a couple of felonies.”

I guess in that way our newlywed stories are a little romantic after all. I guess that’s the thing about the early struggle—be it poverty or bugs or a garbage bag full of spoiled T-bones—you learn what you’re made of and more importantly what he’s made of and you realize (or at least I did) that you made the right choice in choosing him as a partner for life.

And you get busy figuring out how you’ll tell this story to your grandchildren.

Mariah Proctor recently published a travel guide: So You Think You’re Too Poor to Study Abroad. Get your copy by clicking here. To follow Mariah Proctor on Facebook, click here.

You've done it again! I love reading what you write. It makes me sorry I didn't save the things you wrote long ago. I guess we all need to have newly wed horror stories about apartments. We were in Provo but off campus housing can be really "creepy". I am, right now, resting in our room in Bangkok. We discovered a shopping mall that is not only air conditioned, much, much cheaper than Phuket, but has a huge food court.

this was so funny! I enjoyed this and your other article as well. Thanks for sharing! Hopefully you wrote some honest reviews for that place so that others know what they're getting into.