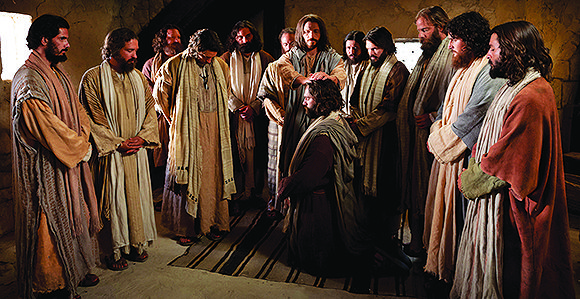 The Lord Is at the Helm

In April 2008, shortly after the death of President Gordon B. Hinckley, President Boyd K. Packer, president of the Quorum of the Twelve Apostles, described the transfer of the prophetic mantle to President Thomas S. Monson.

Fourteen men, he said, all apostles of the Lord holding the priesthood keys of the kingdom of God on the earth, met in the upper room of the Salt Lake Temple in order to reorganize the First Presidency of the Church. “There was no question about what would be done, no hesitancy,” President Packer said. “We knew that the senior Apostle was the President of the Church” (“The Twelve,” Apr. 2008 general conference).

Similarly, President Hinckley explained how the process of succession worked after the death of President Howard W. Hunter. “[On Sunday, 12 March 1995] all of the living ordained Apostles gathered in a spirit of fasting and prayer in the upper room of the temple. Here we sang a sacred hymn and prayed together. We partook of the sacrament of the Lord’s supper, renewing in that sacred, symbolic testament our covenants and our relationship with Him who is our divine Redeemer.

“The presidency was then reorganized, following a precedent well established through generations of the past.

“There was no campaigning, no contest, no ambition for office. It was quiet, peaceful, simple, and sacred. It was done after the pattern which the Lord Himself had put in place” (“This Is the Work of the Master,” Apr. 1995 general conference).