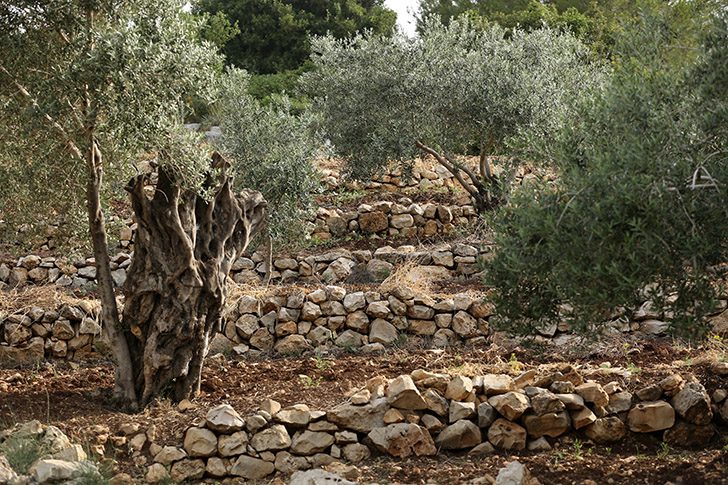 The Last Week of Jesus’ Life

Each day this week leading to Easter, Meridian will feature an article about the last days of Jesus. This is the second article in the series. The first is here.

This is an excerpt from Source of the Light: A Witness and Testimony of Jesus Christ, the Savior and Redeemer of All.

The temple in Jerusalem was a place of glory, with solid gold covering the great marble stones of the inner building. But it was also a place of ravenous wolves to the eye of the Lord as He walked through the outer Court of the Gentiles on that Passover week.

Vendors haggled over prices on salt, oil, and wine used in the sacrifices, and everywhere the stench and filth of lowing cattle and bleating lambs assaulted the senses of those who came to worship.

Money-changers used scales of questionable accuracy for the thriving exchange business of the Roman, Grecian, Egyptian, and Persian coins in common circulation, taking advantage of religious pilgrims. It was a noisy scene of desecration and bloated prices, dishonesty and dispute.

As He had done once before at the beginning of His ministry, Jesus boldly went into the temple, overthrowing the tables of the money-changers, their coins scattering across the fouled floor, throwing out the buyers and sellers with indignation. “It is written,” He said, “my house is the house of prayer: but ye have made it a den of thieves.” [i]

In cleansing the temple, Jesus had upset the money-gouging bazaars of the chief priests and Sanhedrin. Merchants’ pockets had been lined by the temple trade, but so had the pockets of some Jewish rulers who were now even more infuriated.

On the Monday night of Passover week, just a few hours after the temple cleansing, the chief priests, scribes, and elders consulted together how they might quell the popular acclaim that was attached to this Galilean rebel. For three years they had tried to ensnare Him with devious questions, all to no avail, but now they would raise a new issue. Perhaps they could show that He had no rabbinical authority and therefore no right to teach or even to speak. So, gathering together in all the intimidating power of their age and position, they made their formal challenge, saying, “Tell us, by what authority doest thou these things? or who is he that gave thee this authority?” [ii]

The Parable of the Vineyard

Palestine is a land dotted with olive vineyards, the gnarled trees with their dusty leaves lining the rocky hills and valleys. Thus for part of His answer, Jesus told this parable, using images familiar to them all: “A certain man planted a vineyard, and let it forth to husbandmen, and went into a far country for a long time.” [iii] “And at the season he sent to the husbandmen a servant, that he might receive from the husbandmen of the fruit of the vineyard. And they caught him, and beat him, and sent him away empty.”

The vineyard owner sent more servants, and the same happened to them; they were beaten, wounded, or killed. Finally, all his messengers having been shamefully treated, the owner sent his well-beloved and only son, saying, “They will reverence my son.” [iv] But the greedy overseers of the vineyard treated the heir no better, killing him and casting him out of the vineyard.

The analogy was clear. The Lord had planted His people Israel on earth as His vineyard and then returned to heaven, sending His servants the prophets to labor in the vineyard and receive an accounting. But Israel too often had misused, mocked, and killed God’s messengers. Now the Lord had sent His own beloved Son, whose fate would be the same. The fruit of the vineyard would be evil and corrupt: “And it came to pass that the Lord of the vineyard wept, and said . . . , What could I have done more for my vineyard?”[v]

What shall the Lord do to these husbandmen who had killed His Son in the parable of the vineyard? If these elders and scribes wondered, Jesus had a ready answer, a scathing denunciation: “He will come and destroy these husbandmen, and will give the vineyard unto others.” [vi]

Who gave Him authority? Not to be trapped, He answered their question with a brilliant question of His own. “The baptism of John, was it from heaven, or of men?”

Now it was the elders and scribes who were caught, for if they said, “Of heaven,” then they were admitting that John was sent of God, and his witness of Jesus was binding upon them. If, however, they said, “Of earth,” the multitude who loved John would rise up against them. They, who were supposed to know scriptural answers, could only mumble a humiliating reply—they could not say. [vii]

Denounced, humiliated, caught in their own pretensions, the elders’ hatred intensified into an emphatic decision—they would put Him to death. But for fear of an uproar from the people, they must do it with subtlety.

A Traitor Plays into their Hands

At that very moment, a traitor played into their hands, one of the Lord’s own Twelve, Judas Iscariot. They did not go to him; out of the darkness of his heart, he came to them. The betrayal was his initiative. Without the tumult of open arrest, he would lead them to the Lord, for, as a friend, he knew the garden where Christ ofttimes resorted for private retreat. But he would do it for a price—thirty pieces of silver, ironically paid to him from the accursed temple treasury.

How could one who had felt the Lord’s touch, who had seen the dead raised and the lame walk, be consumed in such utter darkness? How could he turn from those kind eyes to clutch a paltry thirty pieces of silver? Perhaps it was ambition, perhaps greed. Perhaps it was the hope that Jesus would openly declare political deliverance to his followers. For Judas, Jesus was not the bright king of earthly reign who would bring honor and wealth to his followers. Luke says it simply, “Then entered Satan into Judas,” [viii] and as he sold his master for the legal price of a slave, he sold his own soul.

Thank you Chip Whitmer for your comment on The Last Week of Jesus's Life. In all my studies of the last week I had never put (Luke 7:36-46) with (John: 12:2-5). The clarity of the two added so much meaning to why Judas acted as he did. Thank you so very much!

Thank you Chip Whitmer for your very informative comment. I never had picked up the quote (Luke 12: 2-5). What clarity to this account does it bring when connected with (Luke 7:36-46). Thank you again!