The Kingdom of God Continues to March Forth | Meridian Magazine 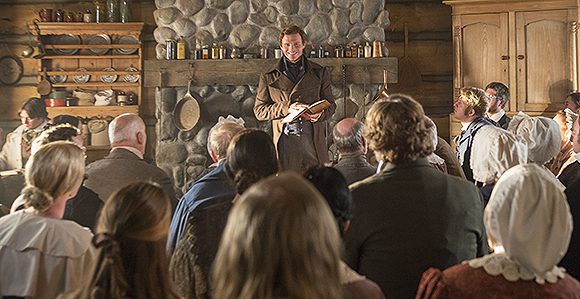 The Kingdom of God Continues to March Forth

The following comes from the Church News. To read the full article, click here.

The Lord revealed the name of the Church to the Prophet Joseph. “For thus shall my church be called in the last days, even The Church of Jesus Christ of Latter-day Saints” (D&C 115:4).

The organization of the Church of Jesus Christ in 1830 was one of the great miracles of the latter days. That small meeting in Fayette, New York, went almost unnoticed. But the events of that day have changed the world.

Years later, President Wilford Woodruff told of a meeting in which the Prophet Joseph Smith prophesied of the Church’s growth, according to the Doctrine and Covenants and Church History: Gospel Doctrine Teacher’s Manual. The meeting was in “a small house, perhaps 14 feet square. But it held the whole of the Priesthood of the Church of Jesus Christ of Latter-day Saints who were then in the town of Kirtland, and who had gathered together to go off in Zion’s camp.” After several of the men had shared testimonies of the work, the Prophet said:

“Brethren I have been very much edified and instructed in your testimonies here tonight, but I want to say to you before the Lord, that you know no more concerning the destinies of this Church and kingdom than a babe upon its mother’s lap. You don’t comprehend it. … It is only a little handful of Priesthood you see here tonight, but this Church will fill North and South America—it will fill the world” (Lesson 9: “The Only True and Living Church”).

Today there are nearly 15.9 million members gathering in more than 30,000 congregations across the globe. The Church has built 156 temples, and Church materials are published in 188 different languages. Some 70,000 missionaries, trained in 15 missionary training centers, serve in 422 missions. Since 1985, 189 countries have received humanitarian aid from The Church of Jesus Christ of Latter-day Saints.

And this week, 127 mission presidents and their wives—from 24 different countries—gathered in the Provo Missionary Training Center for the 2017 Seminar for New Mission Presidents. (See related story.) They have been called by Jesus Christ “to take His gospel and His love to His Father’s children,” said President Henry B. Eyring of the First Presidency during the seminar. (See related story.)