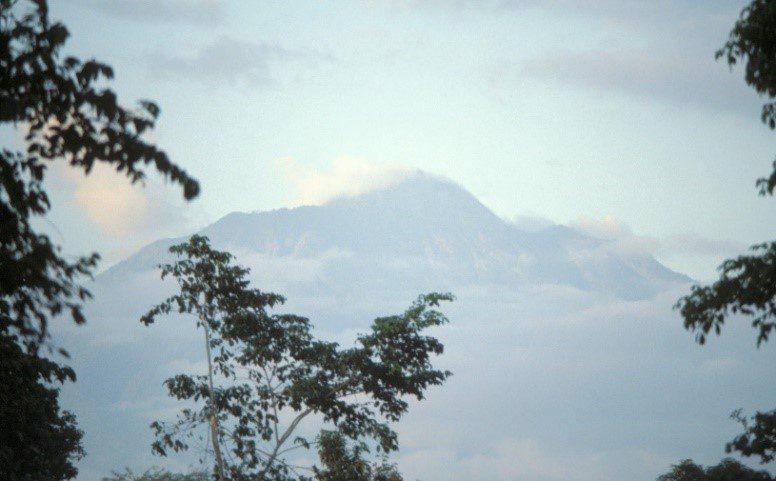 Izapa, Mexico’s Observatory at 15 ° North Latitude is KEY to documenting Mesoamerican antiquities and ancient migrations to North and South America.

Izapa, Mexico is the birthplace of the sacred 260-day Maya calendar, discovered by geographer Dr. Vincent Malmström in his 1973 book: Cycles of the Sun, Mysteries of the Moon, The Calendar in Mesoamerican Civilization. [2] He observed that the sun’s zenith passage day at Izapa’s 14.8° north latitude was on August 13—which is the Maya Long Count creation base date in 3114 BC that started the Maya five World Ages. Famous archaeologist Dr. Michael Coe referred to this discovery as possibly the most important Mesoamerican discovery of the century! (Due to Izapa Temple’s large size, 14.8º north latitude is rounded off to 15º north latitude. See Note [2].)

Malmström further observed: “Izapa was aligned [anciently] to a towering volcano on the northern horizon, Tacana, so that from its main pyramid the length of the solar year could be calibrated at the Summer Solstice against the highest volcano in all of Central America [Tacana]. . . . And if that is true, then the choice of Izapa’s location can well be cited as one of the first illustrations of applied astronomy and mathematics in the New World” (1997: 8, 53). [3]

Declaring that Izapa, Mexico is the place, time, and development origin of the Maya calendar opens the door to the early origins and rise of Mesoamerican civilization. Izapa’s location and discoveries by Malmström verifies Izapa’s calendar data that I published in my 1980 Astronomical Orientations of Izapa Sculptures thesis in which I identified Izapa’s two zenith passage dates as August 13 and April 30. The 260-day count between these two dates represents the sacred 260-day Maya Creation Calendar! Izapa’s abundant rich sculptures still in place after two millennia tell the intriguing 260-day count story.

Some Olmec (2000 BC-500 BC) people migrated from the eastern Gulf Coast to Izapa about 1500 BC where they could measure these two 260-day sun zenith passage dates. In the 6th Century BC, a new culture came to Izapa and created pyramids, plazas and carved stone monuments to record this sacred 260-day astronomical “creation” cycle calendar. Thus, people frequently refer to Izapan culture as a transitional stage between the earlier Olmec and later Maya eras.

Dr. Michael Coe wrote: “In the wake of the Olmec civilization, which had declined to the point of extinction after the fifth century BC, a host of chiefdoms sprang up on the Pacific coastal plain of Chiapas [So. Mexico] and Guatemala. . .all of which were honoring their rulers and gods by erecting flat stone monuments. . .fronted by round or animal shaped ‘altars’. The complicated, narrative art style that appears on these stones is called “Izapan,” after the huge site of Izapa, lying near the Chiapas-Guatemala border. What is important is that some of these chiefdoms had a form of writing. . . and some were eventually fixing important events not only with [early] 52-year Calendar Round dates, but with the [later] Long Count” (for a continuous day count from a fixed creation day in 3114 BC, which Malmström traced to Izapa’s zenith sun passage on August 13.) (1995: 62). [5]

Archaeoastronomy was a new field of study when I completed my NWAF sculpture project resulting in two publications: Izapa Sculpture Album (Norman 1973) and Izapa Sculpture Text (Norman 1976-reviewed by Professors at Harvard, Yale, UC Berkeley, etc.). [6] It occurred to me that a field study at Izapa could be devised to test for astronomical orientations and alignments from Izapa mounds and monuments to the eastern horizon.  NWAF Director Gareth Lowe had NWAF cartographer Eduardo Martinez Espinoza work with me on a theodolite survey in 1977, to remap all the monument positions within their plazas.

To begin, I drew a photo map of the eastern horizon as viewed from Izapa (Fig. 5), then plotted where the sun rose at summer solstice on the eastern Tajumulco volcano, measured from equinox sunrise (far right). Moon and Venus cycle rise points were also plotted (Figs. 5-6). With this map I could plot mound and monument alignments to eastern horizon rise points. This produced data that confirmed a calendar observatory was created by Izapan builders with a master design plan in the 5th century BC utilizing precision design tools of geometry, standard measure, and land scape survey orientation in conjunction with astronomical alignments. This design plan system is incorporated in every aspect of Izapa’s architecture and sculpture that can be read like a codex from the Late Formative civilization, which includes its “calendar-ritual” religion and history (Adams 1977: 137, Laughton 1997, and Miller in Hammond, 1974, Norman 1980).

Kimbal Hanson (BYU astronomer) provided the initial astronomical data at Izapa’s latitude for my mapping project. I later used Aveni’s astronomy tables (Aveni 1975). My data published in my 1980 Thesis Astronomical Orientations of Izapa Sculptures was the first research discovery of a massive calendar temple observatory to be fully decoded in Mesoamerica!

The rich symbolic hieroglyphics on the stone monuments, once catalogued and compared, opened my understanding to the cosmos of this ancient temple center. Mounds and stones not only told an internal story, but their precise placements and alignments to nearby mountains revealed their ancient calendar system. Nothing in the Izapa temple center was carved or placed  haphazardly. [7]

Through meticulous research, I was able to substantiate the origin of the Maya Long Count calendar from Izapa’s fully functional Calendar Round from which the Long Count was later invented. I decoded a Calendar Round date of 1 Imox 4 Pop on the new year Stela 12 (Fig. 8) which correlates in the Long Count calendar as autumn equinox, 176 BC. This opened a whole range of related commemorative dates that establish Izapa’s ancestral base date to be in the early 6th century BC, unlocking the full Five World Ages with associated dates on the Stela 5 World Tree (Fig. 9).

In my April 15, 2020 article, mention is made that when the bearded foreigners came from across the sea, they brought Middle Eastern measuring rods, the compass, and the square for building, plus a vast knowledge of astronomy. In their chronicles, The Annals of the Cakchiquels (Recinos 1953), the Maya preserved evidence of these visitors. These ancestors of today’s highland Maya of Guatemala and Chiapas, Mexico built the Izapa, Mexico temple center after their arrival around 500 BC.  [12]

An alliance clearly existed between Izapa and the contemporary ancient site of Kaminaljuyu in a high mountain plateau, now Guatemala city (possibly the city of Nephi) in its Late Formative emergence around 600 BC. For at least three centuries during its prominence from about 400 BC, Izapa served as a pilgrimage mecca and strategic communication center, with its influence spreading across Mesoamerica and beyond (Figs.1 and 11). [14]

A powerful witness of the sacred 260-day discoveries at Izapa is the “260 day count” ritual creation ceremony performed by today’s highland Maya of Guatemala, preserved for over 2,000 years (future article). During the ceremony, 12 Mayan Elders recite day counts, one after another, up to 260 days—equivalent to nine months, symbolizing the gestation-creation-birth of a human infant, the summum bonum supreme creation of all earth’s creations expressed in the Popol Vuh and Bible creation accounts and Izapa’s 260-day observatory.

There are so many firsts at the Izapa 260-day observatory that will be presented in ongoing articles: Middle East Measurements, Geometry, Fibonacci Sequence, Divine Ratio, astronomical pyramid alignments, and Temple Ceremonies. Also, Mesoamerican  Izapa and Popol Vuh correlations, and migrations from Mesoamerica to North and South America, and recent LiDAR images of large antiquities in Mesoamerica.

[2] 1997 Vincent Malmström, Cycles of the Sun, Mysteries of the Moon, The Calendar in Mesoamerican Civilization. University of Texas Press, Austin, Texas.

Since the central Izapa Temple is 1.5 miles from north to south, 14.8º north is rounded off to the nearest whole number of 15º north latitude with variations at least 2 degrees north and south, depending on the observation points on the horizon–first gleam, full gleam, or last gleam (Norman 1980).

[12] 1953 Adrian Recinos The Annals of the Cakchiquels. U of Oklahoma Press, Norman, Oklahoma.

My wife and I traveled to Izapa in 2012 with Garth and Cheryl and learned so much and were very impressed with the area. We believe that these people are related to the Book of Mormon peoples.