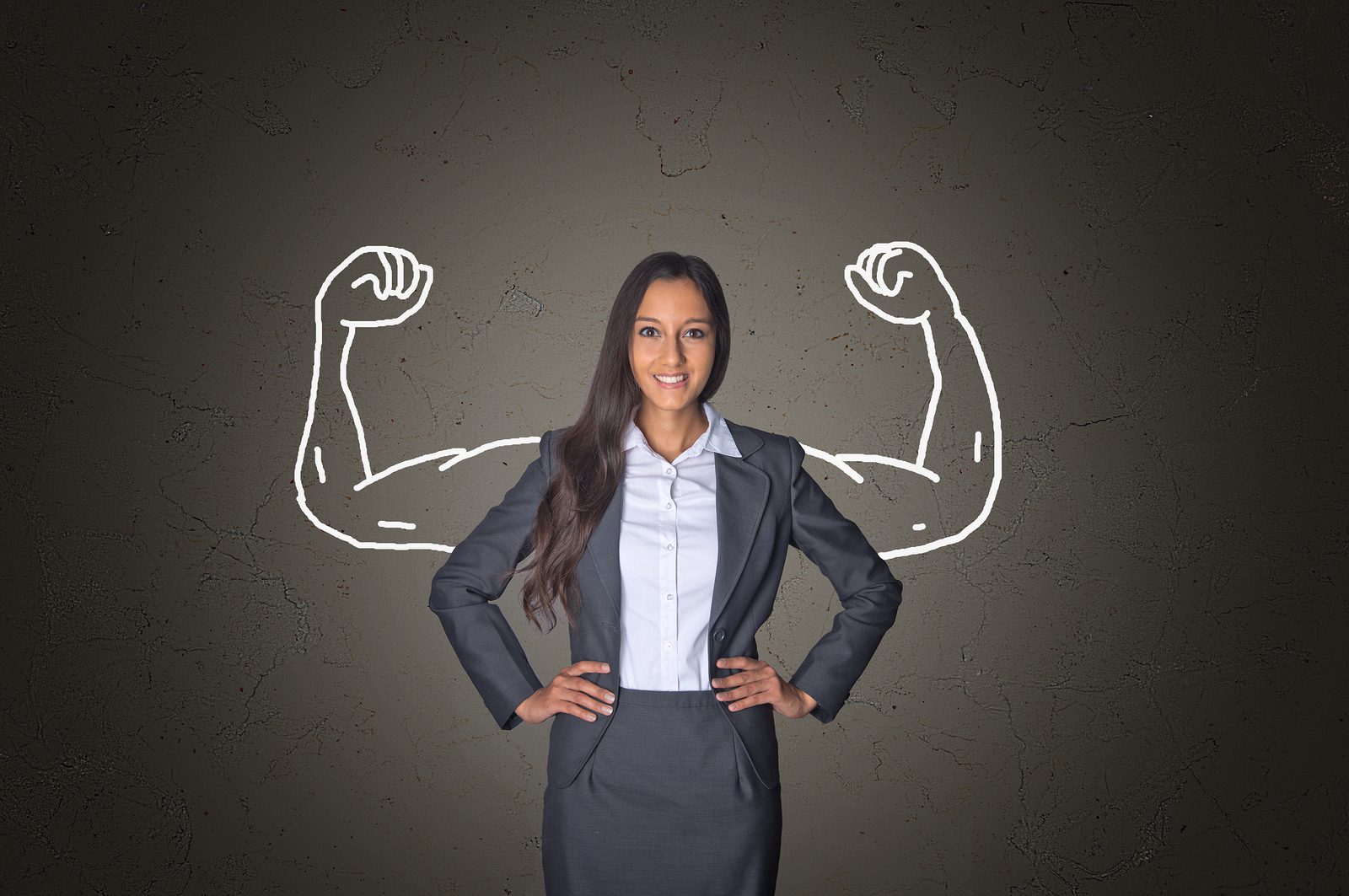 I don’t watch much on TV these days, I have to admit that I’m a sucker for a good dance show. Lately, I’ve been enjoying NBC’s World of Dance.

In the early episodes of this season, a group called Marissa & The Heartbreakers performed. While there were elements of great dancing, this “heels” style group was largely focused on ultra sexy, steamy moves. Personally, it wasn’t my cup of tea.

But what intrigued me more than their sexy choreography was their claim: they hoped to represent women’s empowerment.

In an interview with Hollywood Life, the group’s leader Marissa Heart explained, “We have the opportunity on World of Dance to express ourselves and inspire other women to be unapologetic, to be fearless, and to empower one another and to be unapologetic about it.”

As fierce and noble as her words may sound, the only hearts Marissa’s brand of fearlessness breaks are those of women who fall for the lie that sexually objectifying themselves is somehow empowering.

How did being unapologetically sexy become a form of female power?

The first organized feminism of our day appeared at the Seneca Falls Convention in New York in 1848. At a time when women had very few legal or cultural rights, close to 300 women and men gathered to fight for women’s rights. In the end, 100 of those people signed the Declaration of Sentiments, which declared a woman’s right to own property, to participate politically, to be financially self-sufficient, and more.

However, the twentieth century saw the focus of feminism turn from fighting for women to fighting against family. With the emersion of radical feminism, feminist theory blamed marriage and family life for creating sex roles that perpetuate the oppression of women. Consider these quotes from early twentieth century feminists: the family is “simply an institution for the more complete subjugation and enslavement of women and children;” marriage is “an institution which robs a woman of her individuality and reduces her to that of a prostitute;” motherhood “is a calamity to be avoided” at all costs; and “The family goes back to the age of savagery while the state belongs to the age of civilization.”

Their thinking was, and is, that men have an unfair biological advantage in the workplace. Therefore, in order for women to rise to their highest potential, they need to be free to have sex without the consequence of childbearing, and free to engage in the workplace without the burden of family. This is a decidedly male-centric worldview. How exactly does it advance the place of women and womanhood, who still overwhelmingly value marriage and motherhood, if, in order to find equality in society, they must refashion themselves in the image of non-childbearing men?

Women doing the work of the “oppressor”

Feminism has traditionally been concerned with the objectification of women and women’s bodies. Objectification occurs when a woman is seen only as a body, body parts, or for her sexual function. She becomes a thing, not a person, good for viewing, touching, groping, owning. Sexual objectification of women drives oppression, systemic sexism, sexual harassment, and violence against women. But a novel form of feminism called sex-positive feminism believes that for women to truly be free and empowered, they must be unashamedly sexual.

Sex-positive feminism often embraces legalized prostitution (non-exploitive sex-work – as if there can really be such a thing), pornography (as long as it isn’t violent), and casual sex (after all, a sex life is important even if you don’t have time for committed relationships). Sex-positive feminism believes in the de-stigmatizing of women sleeping around – what’s good for the goose is good for the gander. The problem with all this positivity is that in the end it reduces women, yet again, to sex objects. The sad reality is that young girls have gotten the message. Kindergarten-age girls already see themselves as sex objects. The sisters of Seneca Falls would be appalled.

And in the end, whom does this sex-positive feminism benefit? Again, a male-centric society.

Last February, Sports Illustrated published its annual swimsuit edition. This time it was dedicated to the #MeToo movement, where women spoke out against the abuse and harassment that is a natural byproduct of sexual objectification. In addition to the typical barely-there bikini shots, there was a special section where women, again in the name of empowerment, posed nude with words like “nurturer” and “truth” painted on their bodies. One model, Robyn Lawley, was motivated to participate in the photo shoot because she wanted “all those girls out there to know they are so beautiful and so special,” and because of her concern that women “become so obsessed with our exterior message; we give no thoughts to what’s in our heads.” But how, exactly, does it empower women if the only way they can get society to listen to the “thoughts in their heads” is by displaying them on their naked bodies?

Is that what we want our daughters to think? Or our sisters? Our neighbors? Our wives?

Men and women are distinct creations with unique perspectives and complementary strengths. For instance, women release more of the hormone oxytocin in their system than men do. This has the effect of enabling bonding between humans, especially between couples and between mothers and children. Women are also more verbally communicative than men. It is differences like these that allow women to contribute in unique and powerful ways in society, in the workplace, but most of all, in the family.

The problem for our children

The world today pushes the sex-positive ideology in the media and in the schools. The media depicts teen sex as both expected and healthy. Comprehensive Sexuality Education programs begin in the elementary school years and define sexual pleasure as a right while encouraging experimentation. Our children are living in a hyper-sexualized society and the consequences are far from greater empowerment for girls and women. The sexual images that our young people are exposed to depict men as sexually dominant and women as sexually submissive. They are often misogynistic and violent. Throw in some sex-positive feminism and you have an environment ripe for abuse.

There is some good news for parents wanting to combat the objectification of their daughters. Studies indicate that women and girls who engage in sports and dance have greater body image and body appreciation. The irony here is that dance, which can help women see that their bodies are useful in non-sexual ways, is used by Marissa & The Heartbreakers to instill self-objectification. Studies also indicate daughters are positively influenced when mothers use television and movie viewing as teaching opportunities. Also, the sexualization of young girls that comes with media exposure can be offset by religious mothers. Moms, what you do and what you say makes a difference in how your daughters view themselves!

As parents, we can’t be complacent. Don’t wait for the problems to come knocking down your door. Proactively address the sexual images and ideologies that our children surely encounter on a daily basis. Teach your daughters that their bodies are beautiful, but they, as women, are so much more than just their bodies. Teach your sons to respect and honor womanhood. The hyper-sexualization of our society is a distortion of human intimacy and relationships with poisonous consequences. It’s the lie that breaks hearts and homes, and it cannot be wished away.

I, too, watch World of Dance, and was confused by the dancer's statements that their hyper-sexual and aggressive dancing was somehow empowering to women. It's a perfect example of "Calling evil good, and good evil." How strange that we, advanced and educated as we are, can be fooled by a blatant lie.