The Freedom of Thinking for Oneself | Meridian Magazine 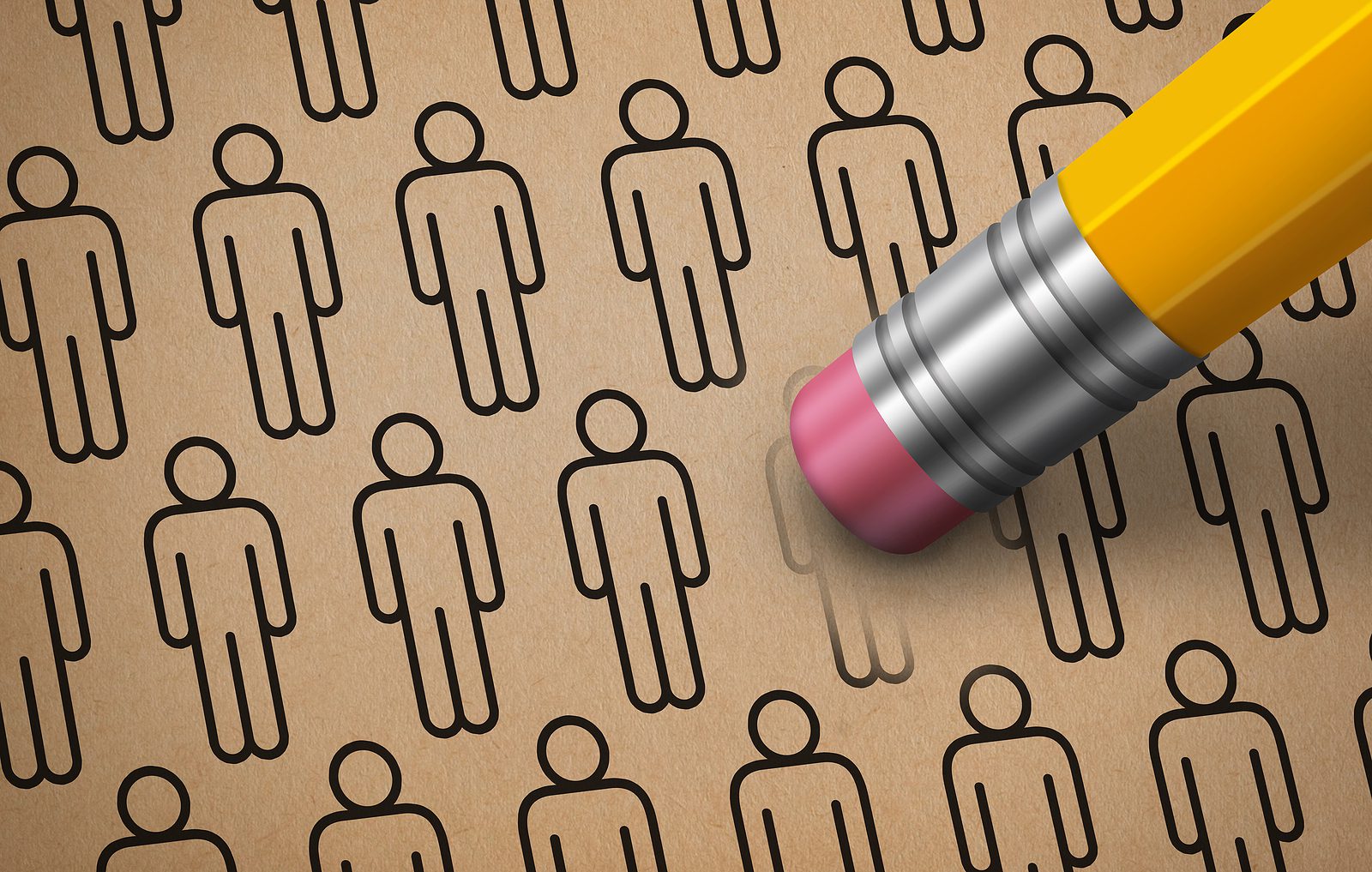 The Freedom of Thinking for Oneself

Abigail Shrier, author of the excellent book Irreversible Damage, spoke at Princeton. The location had to be kept relatively secret, because Shrier is anathema in some quarters for daring to suggest that the recent 5000% increase in girls asking to transition to something other than girls might be the product of peer pressure, and might be a transient sentiment best not treated with drugs, hormones, and life-altering surgery.

Shrier was asked by the students there probably the best question she could possibly have been asked, “What’s it like to be so hated?” Her answer, which I understand, is “It’s freeing.”

Here’s how Shrier explained herself:

“When polled, nearly two out of three Americans (62%) say they are afraid to express an unpopular opinion. That doesn’t sound like a free people in a free country. We are, each day, force-fed falsehoods we are all expected to take seriously, on pain of forfeiting esteem and professional opportunity:

“Some men have periods and get pregnant.” “Hard work and objectivity are hallmarks of whiteness.” “Only a child knows her own true gender.” “Transwomen don’t have an unfair advantage when playing girls’ sports.”

“On that final example of a lie, the one about transwomen in girls’ sports, I want you to think for a moment about a young woman here at Princeton. She’s a magnificent athlete named Ellie Marquardt, an all-American swimmer who set an Ivy League record in the 500-meter freestyle event as a freshman. Just before Thanksgiving, Ellie was defeated in the 500-meter, the event she held the record in, by almost 14 seconds by a 22 year old biological male at Penn who was competing on the men’s team as recently as November of 2019. That male athlete now holds multiple U.S. records in women’s swimming, erasing the hard work of so many of our best female athletes, and making a mockery of the rights women fought for generations to achieve.

“Ellie Marquart swam her heart out for Princeton. When will Princeton fight for her? Where are the student protests to say—enough is enough. When a biological male who has enjoyed the full benefits of male puberty—larger cardiovascular system, 40% more upper body muscle mass, more fast-twitch muscle fiber, more oxygenated blood—decides after three seasons on the men’s team to compete as a woman and smashes the records of the top female swimmers in this country, that is not valor—that’s vandalism.

“Where is the outrage? Imagine, for a second, what it must be like to be a female swimmer at Princeton, knowing you must pretend that this is fair—that the NCAA competition is anything other than a joke. Imagine being told to bite your tongue as men lecture you that you just need to swim harder. “Be grateful for your silver medals, ladies, and maybe work harder next time,” is the message. Imagine what that level of repression does to warp the soul.

“Now, imagine, instead, the women’s swimmers had all walked out. Imagine they had stood together and said: We will meet any competitor head on. But we will not grant this travesty the honor of our participation. We did not spend our childhoods setting our alarm clocks for 4 am every morning, training for hours before and after school, to lend our good names to this fixed fight.

“I know why students keep their heads down. They are hoping for that Goldman or New York Times internship, which they don’t want to put in jeopardy. Well, any institution that takes our brightest, most capable young people—Princeton graduates!—and tells you can only work here if you think like we tell you to and keep your mouth shut, that isn’t really Goldman Sachs and it isn’t the paper of record. It’s the husk of a once-great institution, and it’s not worth grasping for. Talk to alums at these institutions: they sound like those living under communist regimes. That’s the America that awaits you if you will not speak up.

“You who are studying at one of the greatest academic institutions in the country only to be told that after graduation, you must think as we tell you and recite from this script—why were you born? What’s the point of being alive? Computers are vastly better at number crunching. They’ll soon be better at all kinds of more complex tasks. What they cannot do is stand on principle. What a computer cannot do is refuse to lend credibility to a rigged competition—to refuse to strengthen its coercion—making it that much harder for the next female athlete to speak up. What the computer cannot know is the glorious exertion of the human will when it refuses to truckle under in the face of lie and instead publicly speaks the truth.

“I didn’t write Irreversible Damage to be provocative. In a freer world, nothing in my book would have created controversy. I wrote the book because I knew it was truthful and I believed recording what I found—that there was a social contagion leading many teenage girls to irreversible damage—was the right thing to do. I also believe if I hadn’t written it, thousands more girls would be caught up in an identity movement that was not organic to them but would nonetheless lead them to profound self-harm. But I didn’t write it specifically to stop them. I wrote it simply because it was true.

“I wrote the book not because I believed the fancy institutions I’d attended would celebrate me, or even acknowledge me, after I had done so. I wrote it because I knew that the point of all the educational opportunities I received that my equally-qualified grandmothers never had, the purpose of all the sacrifices my parents had made for my education—for all the time my teachers and professors had taken with me—couldn’t be to plod through life on a forced march. The point of all the hours my parents and teachers and mentors had devoted to me, was surely not to become the world’s best-oiled automaton. The point of all of that privilege—and yes, I think that was a kind of privilege—was to be able to write and think as others lacked the will to do.

“[W]e are far less free today in this decade—you, as undergrads, have lost a significant measure of freedom that your parents once had. Take it back. Take it back. It’s yours to demand. Take back the right to speak your mind—thoughtfully, courteously, with a goal in mind beyond giving offense. The list of unmentionable truths expands so rapidly, without reason other than the attempt suffocate a free people so that they forget the exhilaration of a lungful of air. . . Take back your freedom. Reclaim it now.

“Psychiatrists and pediatricians tell me they are afraid to resist an adolescent’s demand that she be given puberty blockers because they’re afraid—if they point out the risks or the hastiness of the decision—they will lose their licenses. Parents tell me they are afraid to push back on the activist teachers and social workers at their kids’ school for fear of being called some flavor of phobe. Whatever freedom is—it isn’t that—and all of the wonderful education you have earned here will have been wasted if you find yourself one day observing some malfeasance occurring or lie predominating in your own field and the best you can do is sit on the phone with me anonymously lamenting the state of things. You will soon be graduates of Princeton. Show some self-respect and reclaim your freedom.

“You will, each of you, have the chance to matter. You will find yourselves at hospitals or in banks or in courtrooms and at newspapers where you will see things happen that you know to be wrong—where you find that the standard line is actually a lie. You may have found yourself there already. If you’re fortunate enough, you may even find yourself one day with children of your own, knowing you are their best defense in this world. And you’ll feel the nub of your will, pressing you to do something—say something. And when that happens, don’t sit there like a sock puppet.

“I’m 43, which I realize makes me very old to many of you. But not so long from now, you’ll wake up and be 43 yourselves. And when I look back on my life thus far, it occurs to me that the decisions of which I am most proud—the ones that strike like an unexpected kiss—are not the times when I obeyed the algorithm. They’re the times when I defied it and felt, for a moment, the magic and power of being alive. When I felt, even for an instant, the exquisite joy of not being anyone’s subject. When I had the unmistakable sense that I’ve existed for a purpose, that I stood the chance of leaving the world better than I found it. You don’t get any of that through lock-step career achievement and you certainly don’t get that by being the Left’s star pupil.

“You feel that frisson when you choose a person to commit yourself to knowing full well that any marriage may fail; when you bring children into a world where there are no guarantees of their safety or success. When you summon the courage to fashion a life, something that will remain after you are gone. When you speak the truth publicly—with care and lucidity. And when you say to the world: you cannot buy me with flattery. Purchase my colleagues or classmates at bulk rate. I am not for sale.”

Wow, pow! What a speech! I sent it to all my family to read, and I hope they will read it. Its message resonates so strongly with me. I’ve lived my life as a contrarian–not because it was pleasant, but because I never could figure out how to lie in order to get ahead or be liked. I have never fit in anywhere. And sometimes it hurt a lot. But I lived my life free. I know I made a difference because I was willing to say the truth even though it was unwelcome. Which then made me unwelcome. I was always that kid pointing out that the emperor had no clothes on and suggesting maybe he try on a set of clothes I was thinking about.

I’ve made my peace with it. I think heaven needs contrarians; we are a vital piece of the puzzle. For example, I remember waking up in the middle of the night years ago, with the title of a book I was supposed to write ringing in my head. I didn’t know anything about the subject, and in bewilderment asked the heavens, “Why are you asking me? I don’t know this field!” and was quickly and firmly told, “Because you are the only one who will do it.” So I wrote the book, and its influence was made immense by the heavens. The heavens needed someone who would actually do certain things that heaven could then use for its own good purposes. The qualifications? Indifference to being the odd one, off the beaten path, upsetting the apple cart, ruffling feathers . . . And perseverance in the face of mockery, ostracism, and even cruelty. All else–energy for the task and what you need to complete the task–are always provided by heaven as grace and miracles. You can count on that.

Very well said. I have her book. She is to be admired for her courage.