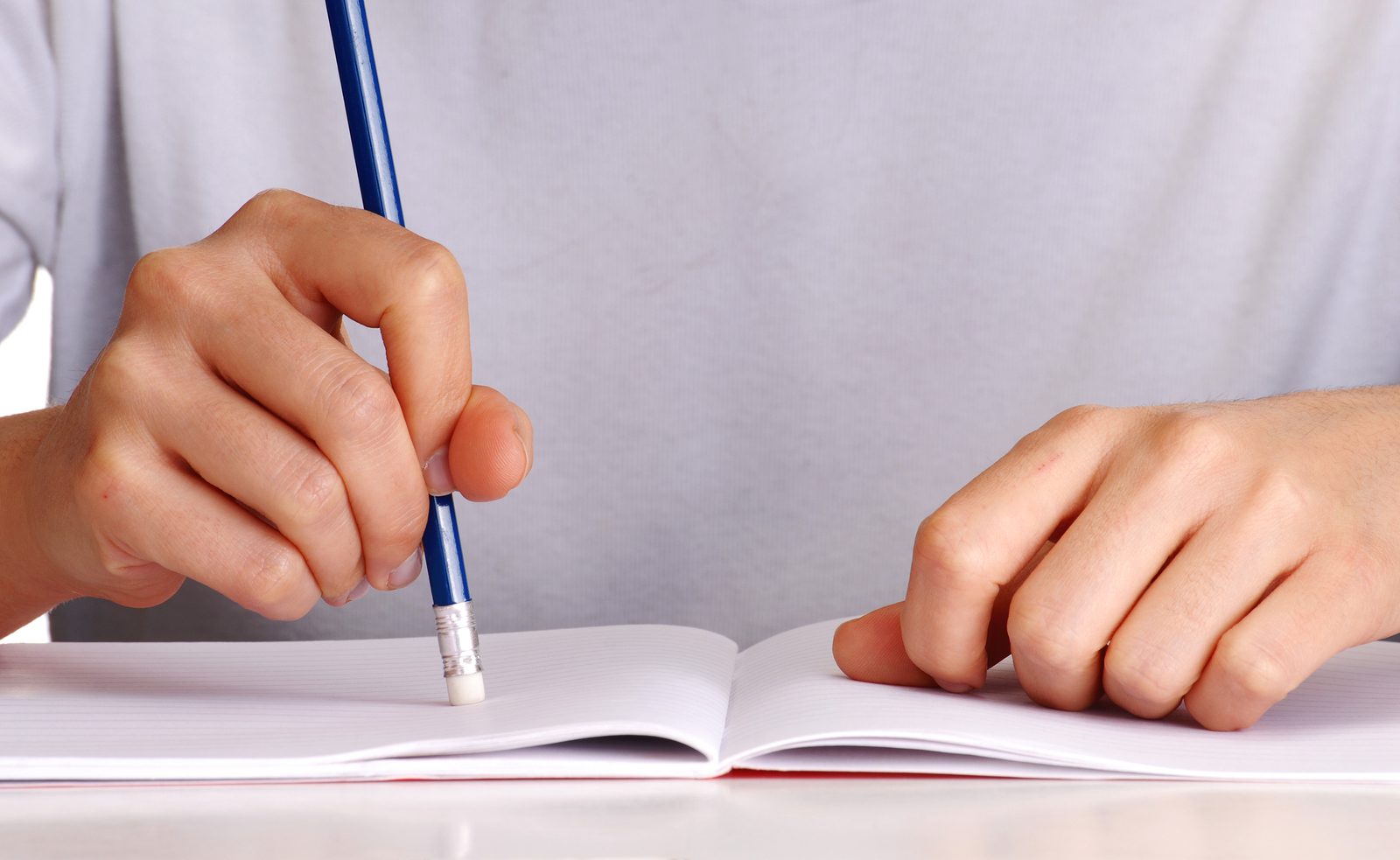 The Fallacy of Rewriting Your Personal History

One of the members of my church congregation came to see me in my office a while ago. I had not seen him in a meeting for some time. He is a very nice person, but he has lost his commitment to Christ and His gospel, or else it has been watered down like a soft drink full of ice on a hot day. But we are friends and he came to visit me.

He talked about his disenchantment with the Church in general and with the members specifically, and about how hard it was to sit through meetings and listen to hypocrisy and platitudes instead of the things that really matter.

He hasn’t always been this way, of course. He was a faithful member for years, serving as President of the Deacons and the Teachers and as an assistant to the Bishop. He was also President of all his early-morning seminary classes in central California. He used to love the gospel, and believe it and practice it. Then one day, about twenty months earlier, he came to visit me carrying a heavy burden. He confessed to some serious transgressions. I suggested a course of action that would restore him to joy and confidence, but shortly thereafter, he began to appear less and less frequently in our meetings.

As we visited during his most recent appearance, I told him the story of a former missionary companion of mine who had been excommunicated from the church. Not long after our missions, when he was still faithful, I asked this former companion for a copy of his mission journal. He consented and copied the entire thing for me. The document is a huge loose leaf filled to the stops with great mission experiences written by someone who had honest talent, a powerful testimony, and a great love for the Savior. I read it through and it was wonderful.

Many years later, after his excommunication and the loss of his testimony, my former companion had a secretary type his journal into the computer. He then sent me a printed copy. When it came, I retired to an easy chair and began to read again. Not very far into that mission history, I discovered that something had changed. Testimonies and experiences written with power and love in the original copy of his journal were now loaded with qualifiers. Instead of I felt the power of the Holy Spirit, I was reading things like I felt what I thought at the time was the Holy Spirit. Instead of I know the Church is true, this: I thought I knew the Church was true. I do not know if he remembered that I had a copy of the original, but I was saddened by his efforts to make the past coincide with his perceptions at the present time.

I told this wandering friend in my office that day that my companion had allowed his feelings about the present to cause him to rewrite the past. And I suggested to my visitor that he had done the same thing. I don’t know how much good came of it. He hugged me, told me I was an inspired man, and left the office.

I suspect rewriting our personal histories is not an uncommon practice, although most of the restructuring happens in our minds and in our conversations. We do not often have the opportunity to change the actual words and their meanings as my mission colleague did with his journal.

Reading the Old Testament has convinced me that throughout much of their history, the Israelites were experts at forgetting the messages of the past and hardening their hearts against the things they had seen and felt of the goodness and power of God. The prophet Nephi, in 1 Nephi 17, described the state of Israel with their rewritten history just before Nebuchadnezzar conquered them with his Babylonian army.

14 And [the Lord] did straiten [Israel] in the wilderness with his rod; for they hardened their hearts . . . and the Lord straitened them because of their iniquity. He sent fiery flying serpents among them; and after they were bitten he prepared a way that they might be healed; and the labor which they had to perform was to look; and because of the simpleness of the way, or the easiness of it, there were many who perished.

42 And they did harden their hearts from time to time, and they did revile against Moses, and also against God; nevertheless, ye know that they were led forth by his matchless power into the land of promise.

43 And now, after all these things, the time has come that they have become wicked, yea, nearly unto ripeness; and I know not but they are at this day about to be destroyed; for I know that the day must surely come that they must be destroyed, save a few only, who shall be led away into captivity (1 Nephi 17:41-43).

There is a great encouragement in our own day to rethink our hopes and our memories. Lucifer is a master of deception, and spends much of his time trying to convince us that we have been led astray in our feelings and in our faith.

An apostle of the Church, Jeffrey R. Holland, knowing how often this happens, made this observation:

“Don’t let your guard down. Don’t assume that a great revelation, some marvelous, illuminating moment, the opening of an inspired path, is the end of it. Remember, it isn’t over until it’s over” (Elder Jeffrey R. Holland: “Cast Not Away Therefore Your Confidence,” Ensign, March 2000,).

It seems clear to me that the friend who visited me in my office had let his guard down, and allowed the enemy of his soul (see 2 Nephi 4:28) to provide materials for the rewriting of his spiritual history.

Not much White Out is required before we begin to doubt the reality of our earlier experiences. When the powerful and confirming feelings come less often, when the early certainties become uncertain memories rather than current realities, then Lucifer moves in with his darkness and his doubts and tries to turn us out of the path we have chosen.  A wonderful passage from the book of Hebrews warns about this danger. Writing to ancient and modern Christians who might waver and wander from their earliest convictions, Paul counsels those who are struggling with the temptation to reconfigure their conversion stories, “Call to remembrance the former days, in which, after ye were illuminated, ye endured a great fight of afflictions . . .” (Hebrews 10:32).

It is that illumination that Paul wants us to recall, that time when the light shone in the deepest recesses of our souls and showed us clearly the path that God wanted us to follow. But he also indicates that that such enlightenment is almost always followed by “a great fight of afflictions.”

Then, in a passage of clarity and confirmation, Paul says,

“Cast not away therefore your confidence, which hath great recompence of reward. For ye have need of patience, that, after ye have done the will of God, ye might receive the promise . . . Now the just shall live by faith: but if any man draw back, my soul shall have no pleasure in him. But we are not of them who draw back unto perdition; but of them that believe to the saving of the soul” (Hebrews 10:35-39).

Let us be careful of companionship with those that “draw back.” When the inclination comes to wonder if we were misled when we altered our lifestyles and turned into the light—when we begin to suppose that those moments that transformed us were something less than we remember—when we weary under the onslaught of that “great fight of afflictions,” let us remember this reality:

“Once there has been illumination beware the temptation to retreat from a good thing. If it was right when you prayed about it and trusted it and lived for it, it is right now. Don’t give up when the pressure mounts. Certainly don’t give in to that being who is bent on the destruction of your happiness. Face your doubts. Master your fears. ‘Cast not away therefore your confidence’ (Hebrews 10:35). Stay the course . . .” (Elder Jeffrey R. Holland: “Cast Not Away Therefore Your Confidence,” Ensign, March 2000,).

I do not know where my friend is now. Not long after the visit described above, he moved away and our contact ceased. I hope he has not returned to the earlier pages of his life and edited out all of the episodes that converted him. I hope that somehow he has been able to remember the illumination, and to believe in its worth and importance. I hope that he has ceased to draw back, but rather has come forward again into the brilliance of the divine light of a continuing conversion.

I love the phrase in Tim Ernst's quote I love this part of Tim Ernst's comment: "we are somehow lesser because of their absence, our heart aches to not have them with us, and we wish with all our might that they might come back," I wish I could express this to friends as they decide to leave. We suffer and the Church/Ward suffers for what the person will no long be contributing.

I have seen the same thing in personal relationships, such as when someone who wants to terminate a relationship (usually to pursue another) says something like, "I never loved you," to justify their actions.