The Church’s Redevelopment Project in Mesa Is Complete | Meridian Magazine 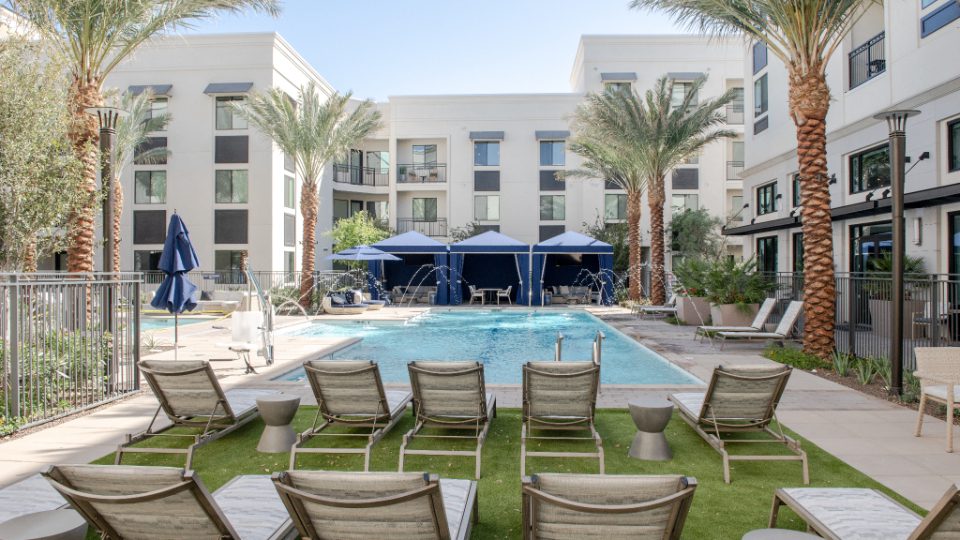 The Church’s Redevelopment Project in Mesa Is Complete

The downtown revitalization project for which The Church of Jesus Christ of Latter-day Saints broke ground in 2018 is complete — and locals say it’s helping the city find its soul.

“There was a time where the heartbeat was difficult to find in downtown Mesa,” lamented Mesa Mayor John Giles. The Church, which has maintained a strong presence in Mesa for over a century, redeveloped 4.5 acres of land along the Main Street light rail corridor just west of the Mesa Arizona Temple.

A new mixed-use community called The Grove on Main has replaced vacant lots and dilapidated buildings near the temple. The sacred structure, first built in 1927, was recently renovated and will reopen in December 2021.

This story, which is featured in the October 2021 edition of the World Report (a semiannual report of the news of the Church), shows that the driving force of the redevelopment was to protect and enhance the environment around the temple grounds. The Church considers its temples to be the most sacred places on earth. A secondary but essential purpose of the project was to attract businesses and home buyers to infuse more economic life into the community. (The full version of the World Report can be viewed here.)

The Church’s commitment is “huge,” said Mayor Giles, because “some legitimate organization that has resources has got to say, ‘You know what? We see the value in this location. We’re going to maybe take a risk. But we think it’s a great, well-calculated and intelligent risk because we see the potential, and we’re going to take advantage of the public infrastructure that’s in place.’ [The Church’s] decision to invest in our downtown sent a great signal to the rest of the smart investors that said, ‘Well, gee, that if they’re doing it, that’s a sign that it’s got potential [and] can be a reality.'”