The Christian Gentleman who Maligned the Missionaries | Meridian Magazine 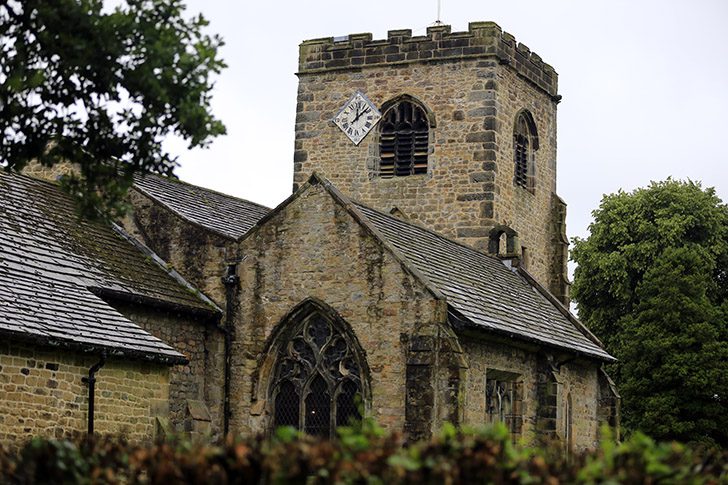 The Christian Gentleman who Maligned the Missionaries

Special thanks to Peter Fagg for making the historical connection.

St. Wilfrid’s Church in Ribchester, England is a stately stone church not far from the River Ribble where the first LDS missionaries like Heber C. Kimball had such remarkable success in 1837. Yet it is also a place of some irony for there above the pulpit is a tribute to a beloved minister.

It reads, ‘Rev. Boulby Thomas Haslewood, 47 years vicar and rector of this parish: who entered into his rest on the 28th day of May A.D. 1876. Learned, Eloquent, a Faithful and True Pastor. He was endeared to the hearts of his flock, as a living epistle of Christ, in all things adorning the Doctrine of God, His Savior.”

This praise may be, of course, just the flowery sentiments directed to the deceased. Yet, this remarkable tribute is made more singular because in all the years this old church has stood, no other vicar was remembered with such a plaque, nor such laudatory words.

This is distinctly different from the way Heber C. Kimball remembered the man. Elder Kimball had had enormous success preaching and baptizing in great numbers in many of the villages of the River Ribble valley. Often, people would only hear him once and ask for baptism.

He wrote, for instance, of a nearby village, “At Clitheroe, I baptized a preacher named Thomas Smith and six members of the Methodist church immediately after I had preached the first time.”

Then, he recorded, “One night while at the village of Ribchester I dreamed that in company with another person I was walking, and we saw a very extensive field of wheat; more so than the eye could reach; such a sight I had never witnessed.

“The wheat appeared perfectly ripe and ready for harvest. I was very much rejoiced at the glorious sight which presented itself; but judge of my surprise, when on taking some of the ears and rubbing them in my hands, I found nothing but smut; not any sound grain could I find. I marveled exceedingly and felt very sorrowful, and exclaimed, ‘What will the people do for grain! Here is a great appearance of plenty, but there is no sound wheat.’

“While contemplating the scenery, I looked in another direction, and saw a small field in the form of the letter L, which had the appearance of something growing in it. I immediately directed my steps to it, and found that it had been sown with wheat, some of which had grown up six inches high, other parts of the field not quite so high, and some had just sprouted. This gave me some encouragement to expect that at the harvest there would be some good grain.

“While thus engaged, a large bull, looking very fierce and angry, leaped over the fence, ran through the field, and stamped down a large quantity of that which had just sprouted, and after doing considerable injury he leaped over the fence and ran away. I felt very much grieved that so much wheat should be destroyed when there was such a prospect of scarcity.

“When I awoke next morning the interpretation was given me. The large field with the great appearance of grain, so beautiful to look upon, represented the nation in which I then resided; which had a very pleasing appearance and a good show of religion; which made great pretensions to piety and goodness, and consequently of the gifts of the Spirit.

“The small field I saw, clearly represented the region of country where I was laboring, and where the word of truth had taken root, which was in the shape of the letter L, and it was growing in the hearts of those who had the Gospel, some places having grown a little more than others.

“The village I was in was that part of the field where the bull did so much injury; for during my short visit there, most of the inhabitants were believing, but as soon as I departed, a clergyman belonging to the Church of England came out and violently attacked the truth, made a considerable noise, crying, “False Prophet! Delusion!” and after trampling on truth and doing all the mischief he could before I returned, he took shelter in his pulpit.”

This clergyman was apparently our Haselwood, so lauded on the plaque.

Elder Kimball continued, “However he did not destroy all the seed, for after my return I was instrumental in building up a branch in Ribchester.”

It would not just be the Church of England clergyman alone who would rise up. The Catholics joined,
Elder Kimball said, “A mob of Catholics had combined, that when I went to baptize any persons they would pelt me with stones. I made arrangements with each of the candidates to go singly to the place of baptism, and about the time the last one got there, I started quickly, got to the place and baptized them all. As I was baptizing the last one the mob came up and were disappointed in their vengeance, for I came out of the water, and they did not know how many I had baptized.”

What irony lies in this story. Was our Christian gentleman, Mr. Haselwood, worthy of the praise on his plaque? Maybe. He may have ministered with compassion to his little flock for decades. Was he protective of what he saw as a threat to his congregation? Violently so. He may have believed that both his living and their souls were at stake.

Yet, ultimately his persecutions, along with the pelting of the Catholics, may have only strengthened the resolve of those wanting to hear what Heber C. Kimball said.

All I’m sure of is, in this case, a good Christian gentleman made a big mistake.