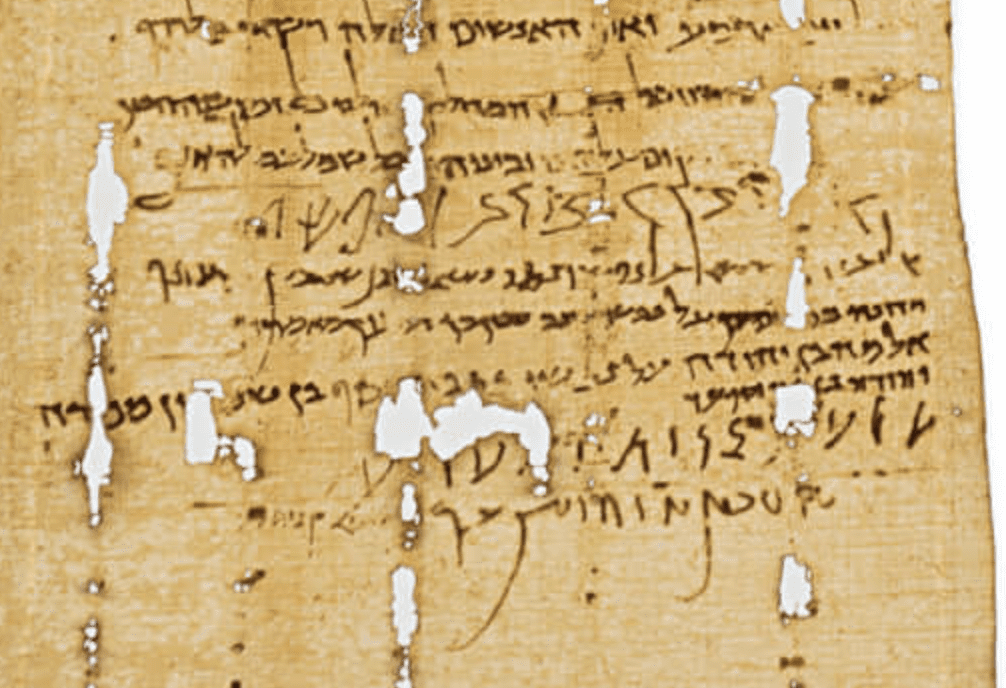 The Biblical Reproduction that Hushed a Book of Mormon Criticism

There’s an interesting business, Biblical Reproductions, selling authorized reproductions of artifacts and documents related to the Bible. One of the products is a reproduction of 5/6Hev 44 Bar Kokhba, a deed found in the Bar Kochba letters from ancient Israel dating to around 150 A.D. When published, this little document turned a long-standing weakness in the Book of Mormon into a strength. Critics had long mocked Joseph’s foolishness in assigning a female name to an ancient Hebraic man, Alma. With this document, though, we read of “Alma son of Judah.” What was once a “howler” suddenly became evidence in favor of the antiquity and plausibility of the Book of Mormon.

Here’s the description of this letter from BiblicalReproductions.com. I suspect the final paragraph may  have been written to attract LDS buyers, but what it says is nonetheless completely accurate and good to know.

The Bar Kokhba Letter (5/6Hev 44 Bar Kokhba) was found amongst other manuscripts in the Cave of Letters in the Nahal Hever. This particular papyrus contains the details of the division of the land lot that was leased from Simeon Bar Kosiba (Bar Kokhba). This letter dates back to middle of the second century C.E. and was written in Mishnaic Hebrew.

Of their own free will, on this day, have Eleazar son of Eleazar son of Hitta and Eliezer son of Samuel, both of En-gedi, and Te?innah son of Simeon and Alma son of Judah both of ha-Luhith in the (coastal) district of Agaltain, now resident in En-gedi, wished to divide up among themselves the places that they have leased from Jonathan son of MHNYM the administrator of Simeon ben Kosiba, Prince of Israel, at En-gedi.

One of the men mentioned in this historical record is Alma son of Judah. This certainly provides the evidence that the name Alma was used as a male name and not exclusively as female, as it was earlier assumed. [emphasis added]

A hat tip to a video for Saints Unscripted, where the Biblical Reproductions website is flashed for a few seconds while discussing some of Joseph’s many “lucky guesses” that were supported by later discoveries.

Joseph stated that future events would prove him right (about the truth of the Book of Mormon). These correlations are wonderful to hear of, but not as powerful as the testimony of the Holy Ghost. May we have faith to withstand the slew of mocking and criticism we will continually face until Christ Himself will come and set the record straight.