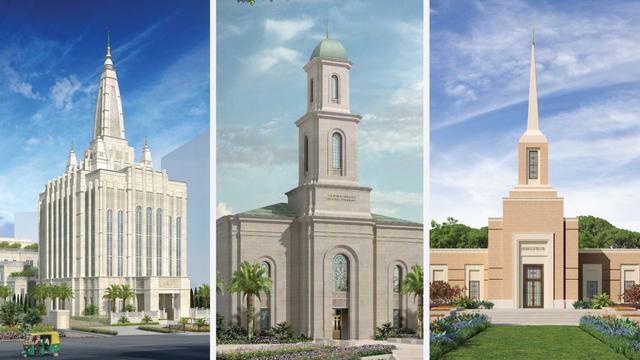 The First Presidency of The Church of Jesus Christ of Latter-day Saints has announced groundbreaking services for three temples in two continents, the Bengaluru India Temple, Davao Philippines Temple and Harare Zimbabwe Temple.

Church leaders will break ground for the Bengaluru India Temple in December 2020. Elder Robert K. William, an Area Seventy , will preside at the event.

The new temple, which was announced by President Russell M. Nelson in April 2018, will be the first temple in India, a country with more than 1.3 billion people, and will serve nearly 15,000 Latter-day Saints.

Less than three weeks after the announcement, President Nelson traveled to India during his global ministry and spoke to hundreds of Latter-day Saints in Bengaluru.

“The influence of the temple will be felt not only by the people here in this particular part of India, but it will bless the people of the entire nation and neighboring nations,” said President Nelson.

The Bengaluru India Temple will be constructed in the Whitefield neighborhood of Bengaluru.

Plans call for a temple of approximately 40,000 square feet on a 1.62-acre site. A two-level meetinghouse, administrative offices, a distribution center and a patron housing facility will also be built on the site.

I am so amazed to see this, and thrilled! My father-in-law was USMC and captured by the Japanese in the Phillipines during WWII. He was sent to the Davao Penal Colony, where he eventually escaped with several others and 2 filipinos. It was the only successful escape in that theater of war. He would be so excited to see this. He passed away in 2013 at the age of 96. Hurray for Davao!!