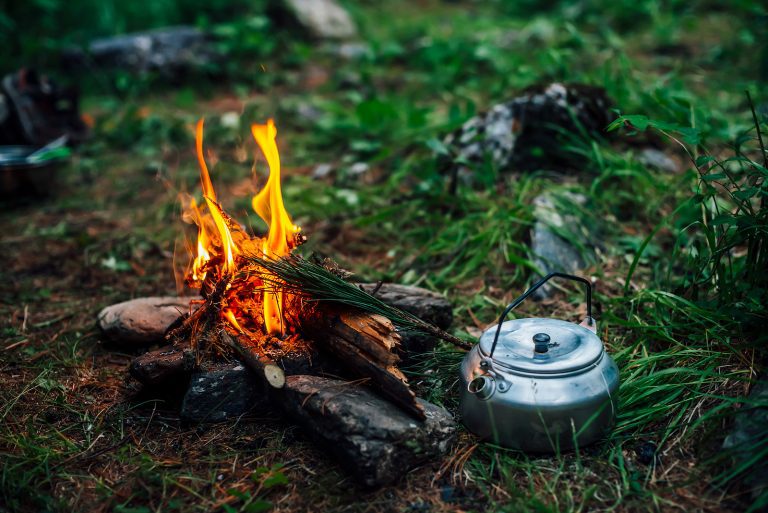 One of my scouts came into camp, shaking his head. “You know that troop next to us? I don’t think they know anything.”

“Oh, I don’t know,” my scout replied. “It’s just everything about them. They’re over there trying to build a fire, and I think about the only thing they’re going to burn is themselves.”

“Maybe I should pay them a visit,” I said.

I wandered down the trail. The other troop wasn’t really right next to us. My boys liked to be as far out from the center of camp as possible and always voted on the last camp on the edge of the forest service land. We had two unoccupied camps between the next troop and us.

As I stepped into the other troop’s camp, I could see what my scout was talking about. In the fire circle they had big logs. The scoutmaster, along with a few other boys, were down on their knees trying to light the big logs on fire with matches. The matches kept burning out long before the log caught on fire. A couple of the boys lit paper, but it quickly burned up while only singeing the logs.

I walked right up to the group. “Hi. I’m from the camp farther up the trail.”

I smiled and nodded. “That would be us.”

I looked around the group gathered there. The scoutmaster and every boy had on a perfectly ironed scout uniform.

The scoutmaster smirked and said, “Don’t you think it’s strange that you’re the only troop not wearing scout uniforms at scout camp?”

“Not really,” I said. “To me, scouting is about skills more than it is about ceremony.” I then pointed at their pile of singed logs. “Been camping much?”

The smirk disappeared from his face as he shook his head. “No. We live deep in the city, and it’s impossible to find any place to camp without driving for hours. That’s why the boys have been looking forward to this one.”

The scoutmaster shrugged. “Go ahead and try. But be forewarned, I think we must have defective wood.”

I asked them if they had a hatchet or an ax, but they didn’t. I asked one of the boys to grab me some paper towels. I pulled out my knife and took one of the roughest logs. I whittled off some shavings and long splinters. Once I had a good pile, I put the paper towels in a pile, then piled on the small pieces of wood. I also directed the boys to bring me small branches and pine needles from the surrounding forest. I broke the branches and laid them with the pine needles on top. Soon I had a good pile. Finally, I placed three of their big logs in a triangle against each other over the other wood.

I lit the paper, and almost immediately, the whole pile started to burn. Soon the big logs caught fire, and it wasn’t long before a roaring fire was blazing in the fire ring.

“Well, I’ll be,” the scoutmaster said. “I thought something was wrong with our wood.”

“You’ve got to start out small and build it up,” I said. “I suppose we all have our talents. I wouldn’t know much about living in a city. My boys and I aren’t much at wearing uniforms. But we do a lot with survival skills.”

I held out my hand. “The name is Daris.”

He smiled a much friendlier smile. “Steven,” he replied.

“If you need anything, you know where I am,” I said.

Steven nodded. “If I do, I will definitely come find you.”