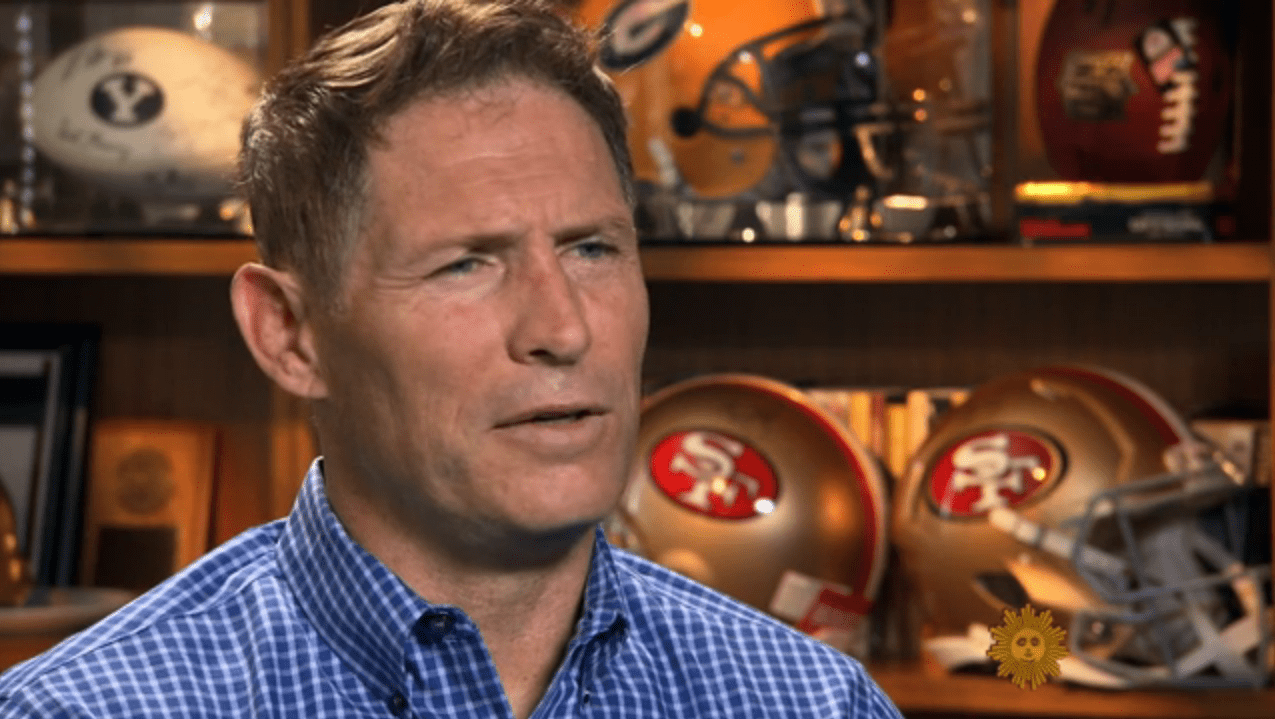 For one famous football player of the recent past, to prevail in games on the field he first had to prevail in some mind games in his own head. Armen Keteyian paid him a visit:

Watch him hang out with his family in the backyard, and you get glimpses of the athletic grace and swagger that lifted Steve Young into pro football’s Hall of Fame.

In 15 seasons in the NFL, Young redefined the position of quarterback as a double-edged sword, carving up teams with his arm and legs.

He told Keteyian that he had a voice in his head before the games: “A loud one!”

But what teammates and fans never saw was the battle Young fought just to get himself on the field, now revealed in a new memoir, “QB: My Life Behind the Spiral” (Houghton Mifflin Harcourt).

“At its worst,” Keteyian asked, “how did it make you feel?”

“You wake up and you see the crack of the morning dawn, and you’re like, ‘Ohhhhhh.’ And you’d have this dread, like, ‘Ohhhh, not another one.’”

From the very beginning, Young kept his anxiety secret.  At Greenwich High in Connecticut, he was a straight-A student; captain of the football, baseball AND basketball teams; and a devout Mormon — the great-great-great-grandson, no less, of Brigham Young, the pioneering leader who brought the faith to Utah.

At Brigham Young University he rose from 8th-string quarterback to All-American.

In the pros he earned the nickname “Crash” for his kamikaze style of play — a quarterback who refused to go down easy, as he showed in the 1988 run that announced his arrival in San Francisco:

Young actually began his pro career in 1984 in the short-lived United States Football League, where he quickly earned another nickname before he stepped on the field for the L.A. Express, coming in as the $40 million man. “Biggest contract in the history of pro sports — you’re tormented by it,” Keteyian said.

“Brutal!” he said. “The idea that I had to carry this horrific, in my mind, weight of being highly-paid and the expectations that come with that — it just felt too much.”

To read the full article in CBS news and see the accompanying video, click here.