Souls that Expand and Swell: An Intriguing Book of Mormon Concept with Ancient Near Eastern Origins | Meridian Magazine 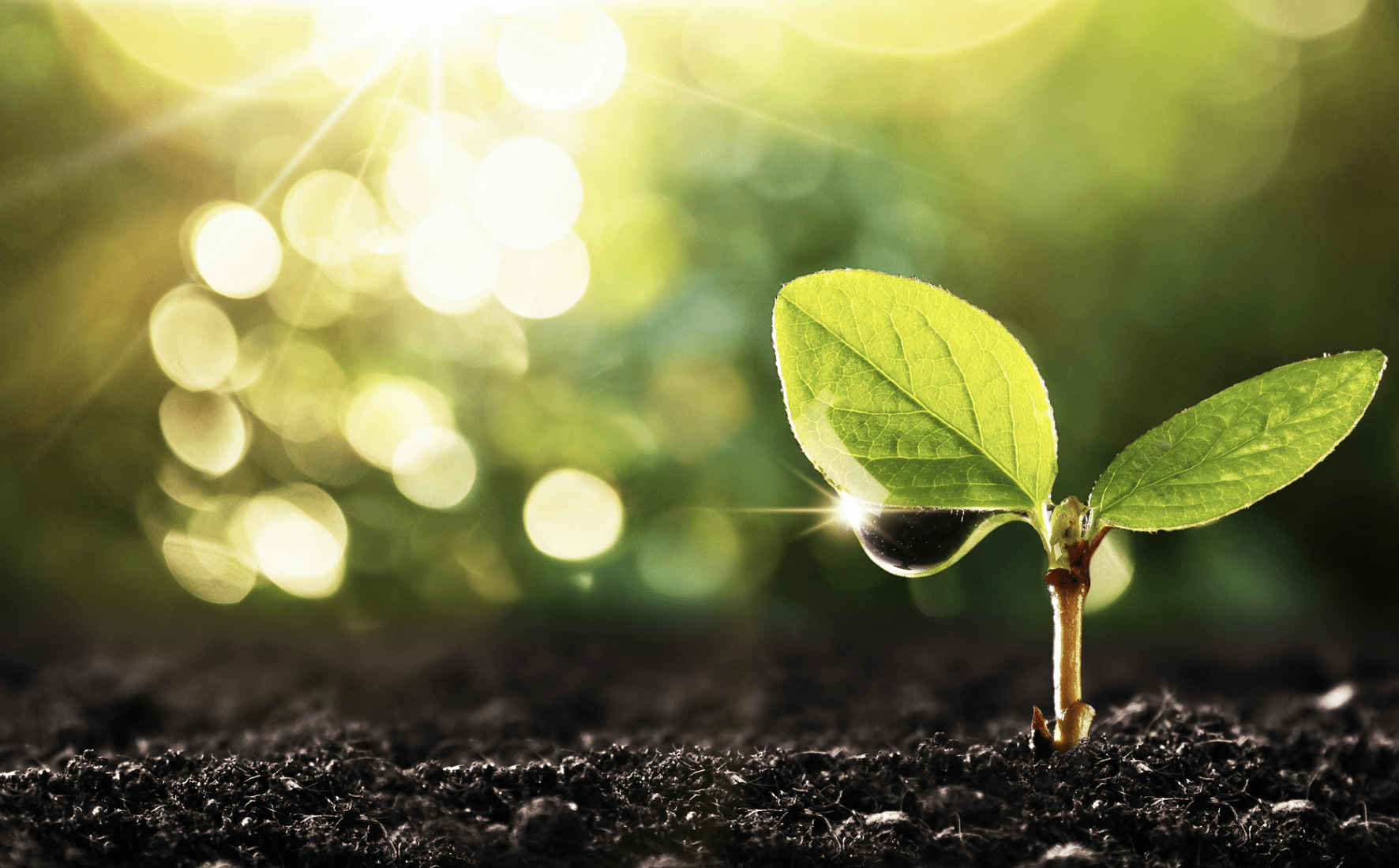 Souls that Expand and Swell: An Intriguing Book of Mormon Concept with Ancient Near Eastern Origins

One of the Book of Mormon’s many concepts not found in the King James Bible is the notion of a soul that expands. This is found in some sermons of Alma the Younger in passages using the verbs expand, swell, or enlarge:

Alma 5:9
And again I ask, were the bands of death broken, and the chains of hell which encircled them about, were they loosed? I say unto you, Yea, they were loosed, and their souls did expand, and they did sing redeeming love. And I say unto you that they are saved.

Alma 32:28
Now, we will compare the word unto a seed. Now, if ye give place, that a seed may be planted in your heart, behold, if it be a true seed, or a good seed, if ye do not cast it out by your unbelief, that ye will resist the Spirit of the Lord, behold, it will begin to swell within your breasts; and when you feel these swelling motions, ye will begin to say within yourselves — It must needs be that this is a good seed, or that the word is good, for it beginneth to enlarge my soul; yea, it beginneth to enlighten my understanding, yea, it beginneth to be delicious to me.

Is the swelling soul a well-known term in English that Joseph could have plucked from many of the books in his vast frontier library? Actually, it is possible, but there’s more to this issue to consider.

In 1988, Dr. Paul Hoskisson looked at this issue and felt that the specific Book of Mormon usage was rather unusual in English and also is not found in the King James Bible. However, he observed that in the ancient Near East, the concept of the soul expanding was well established, possibly adding credibility to the Book of Mormon’s usage. See Paul Y. Hoskisson, “Textual Evidences for the Book of Mormon,”in First Nephi, The Doctrinal Foundation, ed. Monte S. Nyman and Charles D. Tate Jr. (Provo, UT: Religious Studies Center, Brigham Young University, 1988), 283-95.

First, while the OED might not have much to say about expanding souls, I’d like to point out that the concept of a soul expanding, swelling, or enlarging actually is found in English prior to 1830, as one can see using the expansive data we now have available at Google Books. A search of “soul swelled” (without the quotes in the search) for the years 1500 to 1830 provides a few relevant passages, all in the sense of a soul swelling with emotion of some kind, as opposed to (figurative) enlargement or swelling per se of the soul.  The relevant examples are:

A search for “soul enlarge” (again without the quotes) gives these relevant finds:

Here is an excerpt from Hoskisson:

Alma 5:9 reads in part, “their souls did expand.” The context would call for a meaning such as “they became happy,” to parallel the phrase in the same verse, “they did sing redeeming love” to celebrate their freedom from the “bands of death” and the “chains of hell.” Nowhere in the King James Bible does souloccur in conjunction with the word expand; neither does it occur with the verbs enlarge and swell, each of which accompany soul once in the Book of Mormon (Alma 32:28 and 34 respectively). This phrase appears to be unusual. Why should a soul expand? If this phrase is unique in English to the Book of Mormon, could the phrase reflect an ancient Near Eastern vorlage rather than have its origin in English?

The Oxford English Dictionary (hereafter OED) under soul gives no evidence of the phrase “their souls did expand” occurring in English; neither are there usages of enlarge and swell with soul. This and other evidence appears to indicate that the phrase “expand the soul” does not have its origin in English. If it could be demonstrated that this phrase has an ancient Near Eastern Semitic analog that was not available to Joseph Smith, it might qualify as sufficient evidence of an ancient Near Eastern vorlage for the Book of Mormon.

However, he recognized in his 1988 article that there may be other English examples with similar usages that were not found in his search, but which we now have before us, thus undermining the “expanding soul” as sufficient evidence for Near Eastern influences in the phraseology of the Book of Mormon. Nevertheless, his discussion of the relationships in Hebrew, Ugaritic and Akkadian are interesting and show some significant relationships worthy of note.

There are additional relationship to consider. In the “rise from the dust” theme that I feel is artfully worked into the Book of Mormon almost as a foundational concept in Nephite religion. Rising from the dust represents not only resurrection, but ascension and empowerment in a covenant relationship, as Walter Brueggeman has argued (Walter Brueggemann, “From Dust to Kingship,” Zeitschrift für die alttestamentliche Wissenschaft, 84/1 (1972): 1–18; available with first page only visible at https://www.degruyter.com/view/j/zatw.1972.84.issue-1/zatw.1972.84.1.1/zatw.1972.84.1.1.xml). It means breaking off the chains of death and sin that bind us, and ascending through a covenant of grace into the Lord’s present to be enthroned and live endlessly in joy (see the 3-part series at The Interpreter: “‘Arise from the Dust’: Insights from Dust-Related Themes in the Book of Mormon, Part 1: Tracks from the Book of Moses as well as “Part 2: Enthronement, Resurrection, and Other Ancient Motifs from the ‘Voice from the Dust‘” and “Part 3: Dusting Off a Famous Chiasmus, Alma 36“). The soul that rises from the dust is very much like a tree of life that sprouts forth from the ground and springs up into abundance and life. In Alma 32, as Alma uses the analogy of a seed to describe the growing and expanding effect of the word in our souls, note how he uses the word sprout in association with the expanding and swelling of the soul:

A related phrase Alma uses in this context is spring up, a term that specifically describes a tree, not just the initial sprout:

Alma 32:41
But if ye will nourish the word, yea, nourish the tree as it beginneth to grow, by your faith with great diligence, and with patience, looking forward to the fruit thereof, it shall take root; and behold it shall be a tree springing up unto everlasting life.

Alma 33:23
And now, my brethren, I desire that ye shall plant this word in your hearts, and as it beginneth to swell even so nourish it by your faith. And behold, it will become a tree, springing upin you unto everlasting life. And then may God grant unto you that your burdens may be light, through the joy of his Son. And even all this can ye do if ye will. Amen.

“Spring up” adds a dynamic expression to the tree of life imagery. This is a vigorous, rapidly growing, abundant tree–an active, living tree. This is the beginning of an incredible journey. Again, “springing up” is not just describing the initial sprouting, but the everlasting tree itself. I think that’s a beautiful phrase which should be considered when we are discussing the visions of Lehi and Nephi that provide the foundation for expansions upon the tree of life theme later in the Book of Mormon.

The term “spring up” or “spring out” occurs in the KJV. For example, in Job 5:5, a reference to trouble springing out of the ground employs the Hebrew root tsamach (צָמַח, Strong’s H6779) which can mean “to grow abundantly or thickly” in addition to sprouting or springing up. That might be a good candidate for the word Alma employed.

By the way, it’s interesting how artfully later authors draw upon concepts from Nephi and Lehi, even though the text in Nephi’s writings was dictated by Joseph at the end of the translation process. Some critics claims that the whole tree of life sequence was a very late, last-minute addition to Joseph’s “plagiarism” inspired by his visit to Rochester at the end of the Book of Mormon project when he was looking for a publisher. That makes no sense for several reasons, in my opinion, as I explain in “The Great and Spacious Book of Mormon Arcade Game: More Curious Works from Book of Mormon Critics,” but that’s another story.

One more related tangent: Turning again to Hoskisson’s article, an intriguing point he makes is that a word often translated as “soul” can also mean “glory.” Here is an excerpt:

In Akkadian, an East Semitic language related to Hebrew and Ugaritic, both libbu and kabattu (the Akkadian cognates for lband kbd respectively in the Ugaritic passage quoted above) can be “the seat of feelings, emotions, thought.” When libbu and kabattu are used with the verb nap?šu (“to enlarge” or “make wide” in the G-stem and “to let breathe again” in the D-stem) they denote secondarily “mind, soul, heart” (italics added). Thus here in Akkadian “the soul (that is, liver) expands with feeling” would seem to be at home.

Psalm 16:9 reads, “Therefore my heart is glad, and my glory rejoiceth.” The Hebrew text, l?khen ?amah libb? wayy?gel kab?d?, translates more literally, “therefore my heart is happy and my liver rejoices.” Here, just as with their Ugaritic and Akkadian cognates, leb and kab?d are the seats of rejoicing. But the Hebrew text does not require the English rendering “soul expanding” with joy. It is Genesis 49:6 that forms the link with soul, biqeh?l?m’al tehad kevod?, “do not unite, my honor, with their assembly.” The Hebrew word in this latter passage, translated in the King James Bible as “honor,” is none other than k?b?d, the same word behind the King James Bible gloryin Psalm 16:9 and the cognate of the Ugaritic and Akkadian words used with the verb “to enlarge” or “to swell.” It usually means “weight,” “honor,” “glory,” etc., but can also mean “soul.” It is not translated as “soul” in Genesis 49:6, even though the context would seem to require it, because the more common word for “soul” in Hebrew, nepheš, is the parallel to k?b?d in this verse, and good English style militates against repetition of the same word (just as does Hebrew).

In other words, one translation of the Semitic word for “liver,” etc., is “soul.” And therefore, even though the Hebrew Old Testament does not reflect it, in Semitic languages related to Hebrew (closely, Ugaritic; and more distantly, Akkadian) “the liver expands (with feeling)” can be translated “the soul expands (with feeling).”

Strong’s H3519 (kabowd, כָּבו) most often translated as “glory” or “honor” in the KJV, can also refer to the soul. It raises the possibility of double meanings and perhaps may be worth considering as a candidate for tentative Janus parallelism in the Book of Mormon, though that is a speculative exercise in the absence of the original text.

Overall, while the expanding soul is not a unique Book of Mormon phrase that necessarily points to ancient origins, it is part of a complex of related covenant themes that are thoroughly rooted  in ancient Near Eastern themes, including tree of life concepts. For those willing to take the Book of Mormon seriously, I believe there is some fruitful ground to here and hope you’ll dig in and share your additional thoughts.