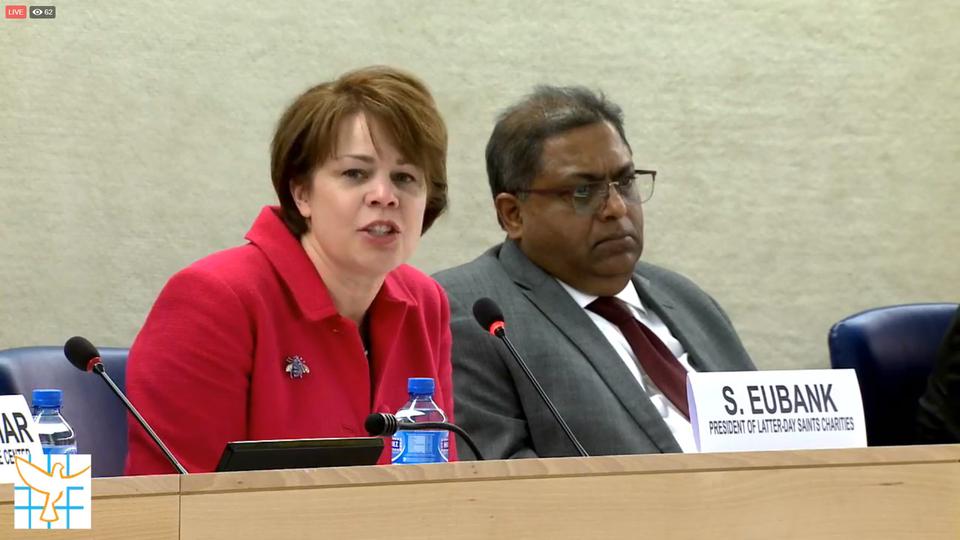 Sister Sharon Eubank, president of LDS Charities, the humanitarian arm of The Church of Jesus Christ of Latter-day Saints, was among the keynote speakers invited at the Second Global Summit on Religion, Peace and Security held at the United Nations in Geneva.

The high-level conference, organized by the International Association for the Defense of Religious Liberty and the United Nations Office on Genocide Prevention and the Responsibility to Protect, aimed at sharing effective ways to build bridges, foster inclusivity and counter hate speech to enhance the protection of religious minorities.

Sister Eubank, who serves in the general presidency of the Relief Society, the worldwide women’s organization of the Church, highlighted the role of religion in society and emphasized that national governments can and should work with religious organizations.

“The simple act of building trust among neighbors and not blaming groups for the wrongdoings of individuals exponentially improves national security and helps control the rise of radical groups from within,” she explained.

“The good that religion can do, especially when it comes to the sustainable development goals, is amplified if religious groups work in partnership with each other, and with governments and non-governmental actors,” added Sister Eubank.

“It will be the best of faith that defeats distorting versions of religious belief,” Sister Eubank concluded.