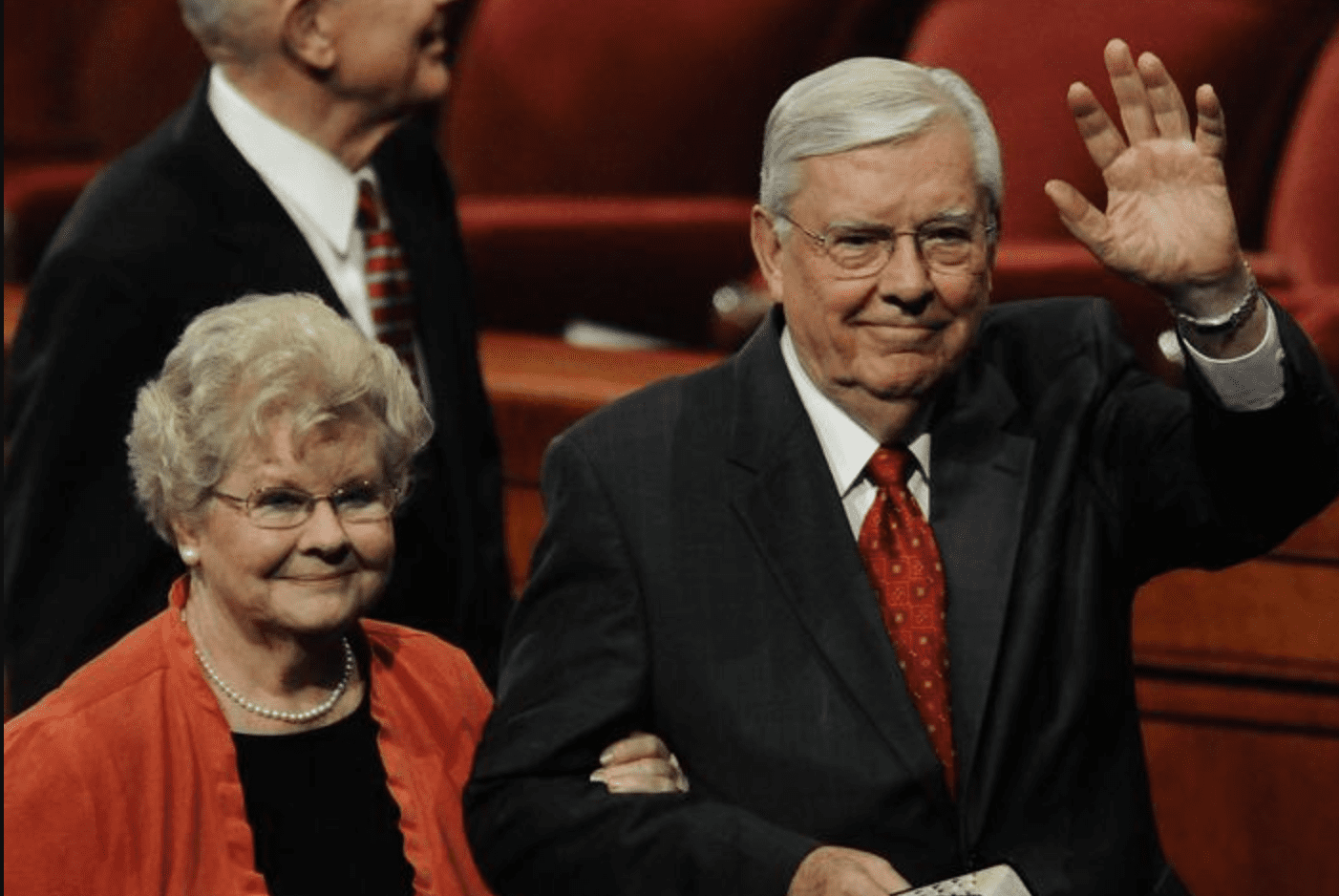 Barbara Bowen Ballard, wife of President M. Russell Ballard, acting president of the Quorum of the Twelve Apostles of The Church of Jesus Christ of Latter-day Saints, passed away peacefully at home, surrounded by her loving family, on October 1, 2018. She was 86 years old. She faced a long battle with myriad health issues, including Alzheimer’s, with her characteristic grace and sense of humor.

Barbara Bowen was born January 5, 1932, in Salt Lake City, Utah, the second daughter of James Russell Bowen and Afton Wilkins. Barbara was a student body officer for two years and graduated from South High School in Salt Lake City as valedictorian of her class. She also attended the University of Utah and studied English. Barbara was well known and well loved at the university and in the community, and she enjoyed a close association with many friends as a young woman and throughout her life.

Barbara met her husband while they were both attending the University of Utah. They were married on August 28, 1951, in the Salt Lake Temple.

Barbara was a loving and dedicated mother of seven children: Clark (Leanna) Ballard, Holly (Paul) Clayton, Meleea (David) Roper, Tammy (Brad) Brower, Stacey (Hal) Murdock, Brynn (Peter) Huntsman and Craig (Melissa) Ballard. Her lifelong focus was her family, and her kind nature made the Ballard home a gathering place where both her own children and their friends loved to be.

President Ballard often lovingly acknowledged Barbara’s support in their family’s success. “I married the right daughter of God,” he said. “Without the help and direction of Barbara, our family relationships would not have been as happy and fulfilling as they were. Barbara is a treasure for our family forever. We honor her for her constant love, good judgment, and counsel.”

Barbara served faithfully in many Church callings and volunteer responsibilities throughout her life. She taught classes and served in presidencies of the Primary, Young Women and Relief Society organizations and felt joy through befriending and fellowshipping others.

Barbara was a person completely without guile. All who knew Barbara would say her constant, loving smile was her trademark of service to others. She never spoke poorly of anyone. She was very quick to see the light side of things and had the most fun laughing at herself.

Barbara worked and served alongside President Ballard throughout his career in business and lifetime of Church service as a bishop, mission president, member of the Seventy and when he was called as an apostle in 1985.

While she served with her husband as he presided over the Canada Toronto Mission from 1974 to 1977, Barbara made many cherished connections with the people of Ontario and the missionaries who served in their mission. The missionaries adored her and looked forward to her attending meetings and conferences as much as they did President Ballard. She loved them equally in return.

In 2002, Brigham Young University–Idaho honored Barbara as the Exemplary Woman of the Year for her dedication to family and her unselfish work in the Church and her community. At the presentation of the award, she encouraged women to make their homes a holy place, to make wise choices and to develop their talents.

In her later years, Barbara’s widowed mother, Afton Bowen, came to live in the Ballard home. Barbara served as her caregiver for 15 years and often commented on her gratitude for the time she spent with her mother during this time. Together they shared a love of laughter, and the family has cherished memories of the time they spent together.

Barbara’s greatest desire was to be a loving wife, mother and grandmother. She considered it a great compliment when her children, 43 grandchildren and 90 great-grandchildren would come to her, seeking counsel about their problems and concerns. She and her husband considered their family to be their greatest blessing. Barbara adored her family.