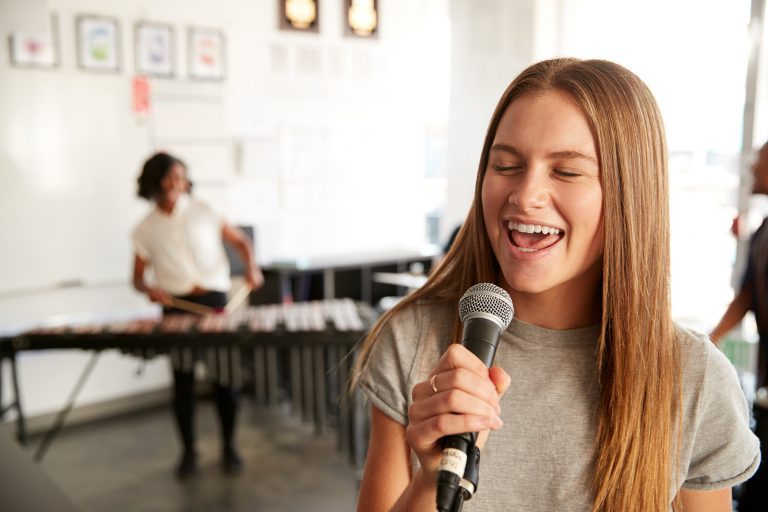 My wife is a music major, and most of our children have taken after her. Their extracurricular activities have been in band, choir, and theatre, so I have spent many hours attending concerts. One concert was quite memorable.

It had been a cold winter. Attendance had dropped at school because of illness, with talk of a short shutdown for everyone to get well. Colds were most common, and flu wasn’t far behind.

At this time, our daughter came home and informed us that she and three other girls had formed a Sweet Adeline group. They were going to be performing at a barbershop concert. Not only would it be fun, but they got extra credit for doing it.

The girls started practicing after school and on weekends because the concert was only a couple of weeks away. They were doing well until one of the girls got a nasty cold. It wasn’t long before all four of them had it.

They debated pulling out of the concert. But the performance was only a day away, they had worked so hard, and some of the girls desperately needed the extra credit. They only had to sing one song, and they felt they could keep their distance from the other performers, perform their music, and leave.

But which song should they perform? They had practiced quite a few, but none of them sounded right. With their colds, the girls were no longer ranging from near tenor to soprano but were more like baritone to high tenor. They tried a few songs and then ended up settling on one that was more in a medium men’s range. They felt awkward doing that, but they had to admit to themselves that it was what they needed to do.

The night of the concert came, and I could imagine our daughter, along with the rest of her group, nervously waiting backstage, feeling trepidation about singing a song meant for men. But as the announcer stepped to the microphone and started to speak, I had to smile. I had sung with him in a choir and knew he had a beautiful tenor voice. But as he spoke, his voice was a rough but solid bass. He announced the songs the men’s group would sing and then stepped back to join the other twenty-three group members.

The men’s group was the sponsor for this barbershop festival, and I had heard them sing many times. They had a nice, even balance between the bass, baritone, second tenor, and first tenor sections. But that was not the case this time. There was an overwhelming bass section. Apparently, they had the same problem as our daughter’s group and had to have some of their members sing lower than usual.

As the concert progressed, almost every group had a similar problem. When our daughter’s group sang their deeper-than-usual song, they fit in with everyone else. But the humorous clincher was the song the men’s choir chose as their final number. They announced it was going to differ from what was listed in the program. Then they sang Mr. Bass Man. And when they ended, even the highest tenors hit the low notes on the ending.

And the audience broke into thunderous applause for everyone who came and sang, even if they had to sing a little lower than usual.

Bravo to them all for making the best of an unfortunate situation, and finding the humor in it, too!