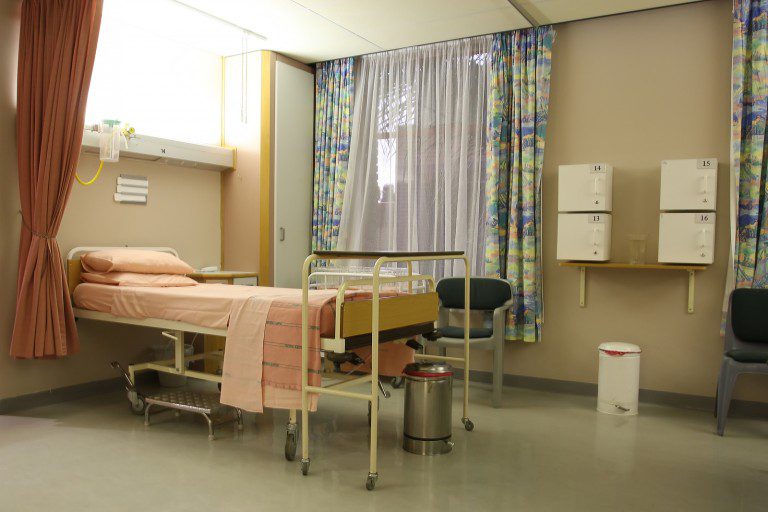 Sharing the Gospel From a Hospital Bed

The following comes from a missionary newsletter written for the Washington D.C. North Mission.

The day after Yankee baseball greats Mickey Mantle and Roger Maris hit back-to-back home runs and then proceeded to repeat the feat, Yankee coach Yogi Berra was overheard to have commented, “It’s like déjà vu all over again.”

That’s a little bit like how I feel this weekend.

Many of you will remember when, last December, Elder Smith, who was then serving in our ward, was rushed to Sibley Hospital late one Friday night with excruciating stomach pain which would later be diagnosed as appendicitis and resulted in an emergency appendectomy.

At the time, I wrote in this newsletter, “the staff were efficient; the doctor, competent; and the nurses, patient and kind.  Despite the unpredictable urgency of the situation, everything went as well as, if not better, than could be expected.

What was not expected was that this valiant young missionary would seize every personal encounter along the way to let the individuals know who he was and what he stood for.  This man had promised to be an Ambassador of Church in all times and in all places.  In spite of the circumstances, he was keeping his promise.”

Thus, it was with some irony that, Friday night, a little more than six months later, I found myself, yet again in the same emergency room, accompanying yet another young missionary with similar symptoms.

In December, I had been so impressed by Jonathan, the ER Charge Nurse, whose compassion and calming demeanor had meant so much at the time.  To my surprise and amazement, he was on duty again Friday night, and remembered well the brave young missionary who had left such a positive impression on the ER staff before.

When he found out that I was there again for the same reason, his genuine concern was equal to, if not more than it had been before.

It came as no surprise when, after numerous tests, and hours and hours of waiting, Elder Hill was also diagnosed with appendicitis and his appendectomy scheduled for the following day. As Elder Hill was wheeled into the pre-op area the next afternoon and his anesthesia administered, he drifted into unconsciousness, and I remembered well standing in that very same spot before and giving Elder Smith a priesthood blessing that all would go well.  To my great relief, it had.

Now, with similar concern and faith, I asked that God would protect this gentle, loving, man of God; that the surgery and associated recovery would be textbook; and that he would be able too quickly return to the streets and homes of Bethesda to continue the important work to which he’s been called.

The ensuing scenario was familiar—the three hours with the Mission President and his wife in the waiting area until Elder Hill could be wheeled from Recovery back to his room; his gradual transition from heavy sedation to groggy consciousness, and the accompanying realization that there would be some abdominal pain and discomfort for yet a while longer.  The words of the rock hit, “Tub-thumping,” ran through my mind, “I get knocked down and I get up again, you’re never gonna keep me down.”

Elder Hill’s good humor, despite his pain, resulted in many smiles from those to whom his care had been entrusted.  And as for his companion, Elder Singley, and I it was Elder Hill who kept us, figuratively, “in stitches” as we laughed at the many examples of his dry wit that rolled forth with great abundance into the wee hours of the morning until he eventually fell asleep from exhaustion.

Like Elder Smith, his fellow missionary who had preceded him, during his travails Elder Hill never forgot, as President Kimball used to say, “who you are and what you stand for.”

At the hospital, he treated everyone from the admitting clerk in the ER to the variety of nurses, orderlies and the rest of the team of professionals that breezed in and out of his presence during his three day event, with consideration, politeness and respect.  He also displayed an unabashed willingness to discuss his mission, the Gospel and the Church with anyone who displayed even a hint of interest and, in a few instances, with those who hadn’tdisplayed even a hint of interest.  He knew well how to take advantage of a captive audience.

Elder Hill, and the other great young missionaries whom I serve with and talk to every day, are a constant reminder of the scripture, “by their fruits ye shall know them.”  Their conduct inspires me.  Their effort impresses me.  Their love humbles me.  But, more important than all of these, their example motivates me to try and look at everyone around me the way the Savior would if he were here; to see their uniquely divine potential and find ways to help them tap into it.

Elders Hill and Singley are two of the hardest working missionaries in the Mission.  With summer travel schedules entering into high gear, our contribution to advancing theWard Mission Plan is starting to diminish.  Unlike a cashmere sweater, football equipment or leaf rakes, we can’t afford to put our missionary efforts on hold until fall.  As you think about Elder Hill, who found ways to share the Gospel from the confines of a hospital bed, surely each of you can find a simple yet effective way to bring a friend in contract with these well-trained, able Servants of the Lord.  Just one contact a month would keep them busy fill-time.  How about starting with bringing just one non-member friend or family to your ward’s 4th of July or 24th of July Picnic or Breakfast that may be coming up?  It’s a great place to start.

My mother was a Singley. Is there any chance I could get ahold of Elder Singley and see if and where we tie in back up in the genealogy tree?