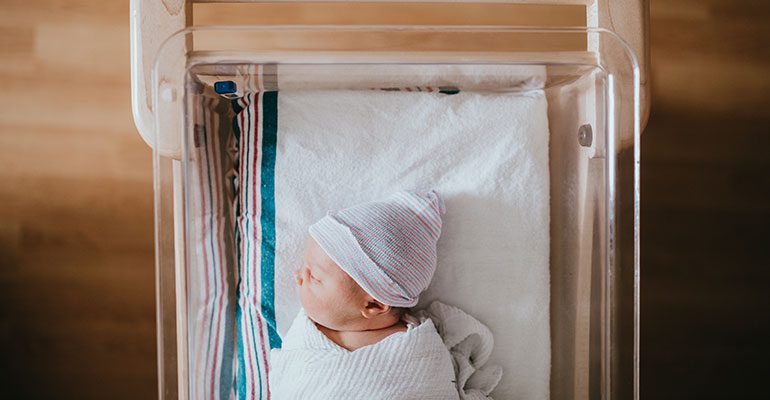 Scorched Birth Campaign and the Changing Public View on Abortion

It was four days before a vote that will be talked about for years. Of course, that irony was probably lost on Senator Patty Murray (D-Wash.) — but it wasn’t lost on us. The same woman leading the fight for legal infanticide chose last Thursday to tour Seattle Children’s Hospital, walking the long hallways where she would argue only wanted kids deserve care.

“It was wonderful to visit the @seattlechildren‘s Hospital-North Clinic in Everett, WA this week,” the senator tweeted. “I had a great time meeting the dedicated staff and seeing firsthand how they use their resources to serve children and families throughout Northwest WA.” But by early this evening, Patty Murray will have taken the unbelievable position that some children don’t deserve those resources — not even when they’re lying alone in a hospital just like that one, fighting to survive.

There will be people like Senator Tim Kaine (D-Va.) who try to hide what they’ve just done. They’ll cloak their votes in comfortable words and euphemisms. “This bill,” he said earlier, “would establish new requirements for health care practitioners in the case of a fetus who survives an abortion.” There’s no such thing as a “fetus” who survives an abortion. There are only newborns. Infants. Children.

“The word ‘fetus,’ of course, is already working overtime to assist those who wish to disguise the reality of what takes place during an abortion procedure…” NRO’s Alexandra Desanctis points out. “But abortion defenders use the word as medical-sounding jargon, a crutch to dehumanize the unborn… But the bill doesn’t require transporting a fetus to the hospital. It requires transporting an infant to the hospital… It is the same human being both in and outside of its mother. That is the truth they are desperate to avoid.”

It’s the same sick logic Senator Barbara Boxer used in a 1999 debate with colleague Rick Santorum. When did the child become a human being, the Pennsylvanian asked her? When you bring it home from the hospital, she replied. Twenty years later, Senate Democrats agree. But they may be the only ones.

Polling companies that have been in business for decades can’t believe the waves of opposition rolling through the country over abortion right now. Masses of people, horrified by what’s happened in New York and Virginia (and disgusted by Democrats’ defense of it) are walking away from the “pro-choice” label. Almost overnight, the numbers have completely shifted away from the radicalism of the Democratic Party to a much more moderate — if not conservative — approach.

After just releasing their annual numbers last month, the people behind the Marist survey decided to repoll Americans to see if opinions had changed in the brief, four-week span. And boy, have they. In January, 55 percent of Americans called themselves “pro-choice,” compared to 38 percent who identified as “pro-life.” A 17-point gap. Today, the number of Americans who call themselves pro-life and pro-choice is dead-even at 47 percent. Just how significant is that? This is the first time in the history of the Marist abortion poll that as many Americans have identified as pro-life as pro-choice. “This has been a measure that has been so stable over time. To see that kind of change was surprising. And the increased discussion [of late-term abortion] in the public forum in the past month appears to have made the biggest difference…” director Barbara Carvalho said.

President Trump certainly deserves some of the credit for that, as he shows the influence of his bully pulpit on life. In plain and vivid terms, he’s described the gruesome realities of abortion — and helped to significantly move the needle of public opinion. And it’s no accident that filmmakers are driving those powerful messages home with movies like Gosnell and, now, Unplanned. It’s impossible to watch these films and not be motivated by what New York has just done.

In Unplanned, the true story of Planned-Parenthood-Director-turned-pro-lifer Abby Johnson, the truth about what abortion really is led the Motion Picture Association of America to give the movie an R-rating. To some, it was the first clear acknowledgement that abortion is violence. To others, it was ironic. By restricting it to people over 17, a lot of teenage girls won’t be able to see the movie about a procedure that they can get legally at the same age. “We are pushing the boundaries of what has never been before on such a wide scale by showing America exactly what abortion is. [It] is disturbing. It is violent… No one will be able to walk away after seeing this movie and say, ‘I didn’t know.’

How long will the Lord stay His hand before His judgements get "poured without measure" over such a wicked world, that resorts to technological and medical progress to destroy millions of innocent lives, yet would lament over other kinds of genocides? The only explanation for this may be that, besides the need for the gospel to be preached to all nations, there are still on this earth many "Justs," who are willing to fight for the Lord's cause -- but we are definitely approaching "The End" at an accelerating pace!