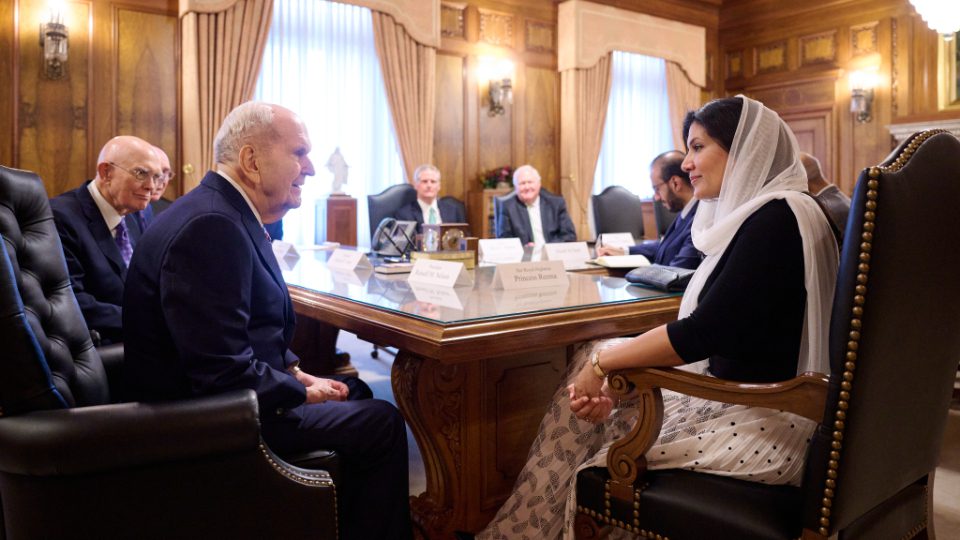 The Ambassador of Saudi Arabia to the United States, Princess Reema bint Bandar Al Saud, met with top leaders of the headquarters of The Church of Jesus Christ of Latter-day Saints on August 8 and 9, 2022. This is the second time the ambassador has visited the Church global headquarters.

The group discussed our shared humanity as children of God and the need to sustain religious values in a changing world. Her Excellency praised a new pamphlet produced by the Church called “Muslims and Latter-day Saints: Beliefs, Values, and Lifestyles” as an effective way to educate believers about those of other faiths.

The ambassador also visited Utah in March 2020 and spoke of her appreciation for the state.

“Although thousands of miles apart, the Kingdom and Utah share much in common, an integral part of that being a faith-based community,” she said. “Faith provides us the opportunities to exercise equality, charity, and community-based initiatives. It is our way of life in the Kingdom, and I see the similarities here in Utah.”

Another topic of a discussion was the need for religious tolerance. This is an important subject for Church leaders, who are sharing this message around the world. In July, President Oaks spoke at a Catholic conference in Rome and called for a global effort to protect religious freedom for all people. And in May, Elder Perkins participated in a groundbreaking faith conference in Riyadh called Forum on Common Values Among Religious Followers.