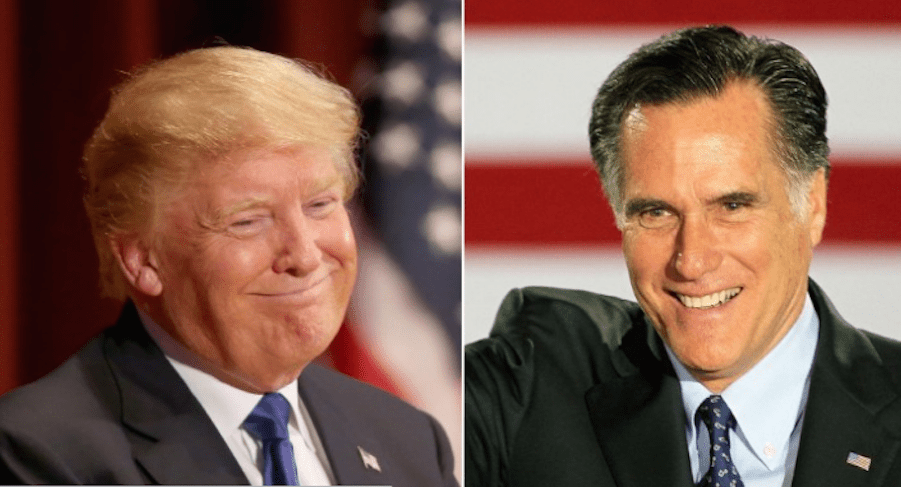 “It was an honor to have been considered for secretary of state of our great country. My discussions with President-elect Trump have been both enjoyable and enlightening. I have very high hopes that the new administration will lead the nation to greater strength, prosperity and peace,” he said in Facebook post.
Trump placed a call to Romney to tell him he would not be the pick, according to two sources familiar with the transition.
The call put to an end the long-running — and very public — courtship between two men who were at some points diametrically opposed, and at others harshly critical, of one another during the 2016 campaign.
Bloomberg News first reported Trump’s call to Romney.
But Romney, the 2012 GOP nominee, found himself in the running to be Trump’s top diplomat despite those clashes, bolstered by multiple lengthy one-on-one meetings with the President-elect who publicly extolled the interactions.
Still, the opposition to Romney was fierce inside Trump’s team — something that spilled out publicly when Kellyanne Conway, Trump’s former campaign manager and still close senior adviser made clear his criticism during the campaign should be considered a bridge too far.
While sources did not identify that as the reason Romney wasn’t selected, Trump has chosen to move in a different direction, according to sources, and the call was made to Romney out of respect for his willingness to go through the process and an appreciation for the perspective he brought to the table.
To read the full article on CNN, click here.
1 Comment | Post or read comments

What is sad in this is that Romney would have been an easy pick for Trump hadn't he been so fiercely critical of Trump, NEVER reverting to softer language, even once Trump was officially nominated. If Hillary had won the election, a disaster for Mormons and Christians in general, and Romney would have borne some responsibility in this. How he then came around 180° in favor in Trump is mystery to me, that only makes sense for seasoned Politicians. What a missed opportunity, especially because Romney would have been able to gain favors for Mormons around the world, thus speading up the spread of the gospel across the world. But Romney may still be selected for another assignment in D.C., so let's not lose all hope that he will play a significant role in the new Administration.