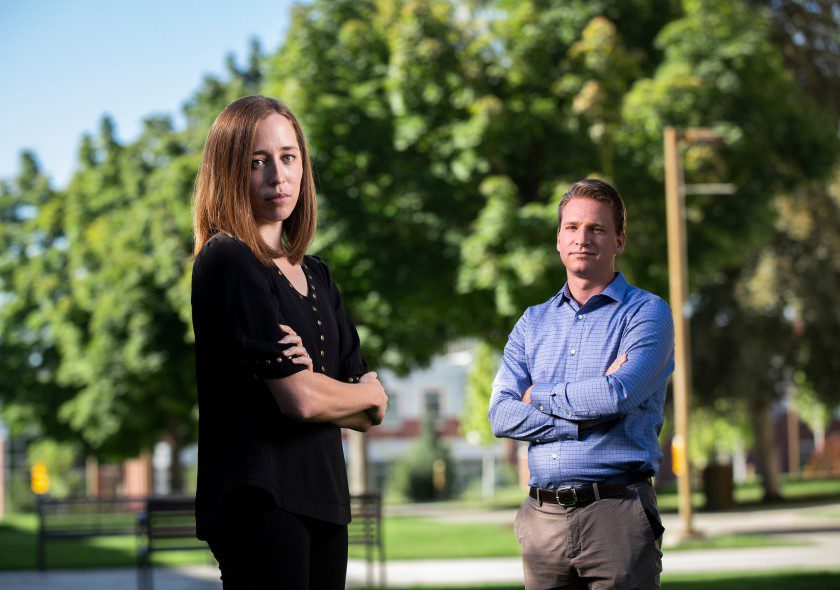 Reports of domestic violence on the rise during pandemic, BYU study finds

The conditions created by COVID-19—unexpected time at home, unemployment and financial insecurity, anxiety and stress—are the same conditions known to aggravate domestic violence.

Recent research from two BYU economists, published in the Journal of Public Economics, confirmed that reports of domestic violence have risen sharply since the start of the pandemic.

They saw an even steeper increase of 9.7% during just the first five weeks of widespread physical distancing, including the time preceding official stay-at-home orders, when people stopped going out because of uncertainty about the coronavirus.

“Our results, which are in line with other emerging studies about domestic violence trends, suggest that the change is caused by a combination of all these stressors happening at once,” said Dr. Leslie.

Their findings emphasized the reach of the pandemic’s ripple effects and the destructive nature of domestic abuse.

Disturbingly, the data suggested that the pandemic has produced many new offenders: reports coming from city blocks with no previous record of domestic violence were the main drivers of the increase.

The rise in reports was also found across the full spectrum of the cities’ populations, with no significant differences among lower- and higher-income areas, and the calls occurred most often on weekdays, when families’ routines were most disrupted by the new norms.

“In terms of domestic violence, we might have expected to see the pandemic have a bigger effect for those who are more vulnerable in the labor market, but we saw large effects for all the sub-groups we were looking at,” said Leslie. “The pandemic has really hit hard across the board.”

The apparent increase in domestic violence, a widespread problem even before the pandemic, has dire consequences for both its victims and the nation.

If the numbers from the study can be applied across the U.S., it would mean that in the early weeks of the pandemic, there were 1,330 more domestic violence calls per day than is typical. The short-term increase in financial costs—for immediate medical treatment, for example—would be about $5.7 million every day. But taking the long view, the researchers said, the cost is much higher.

“If you’re involved in domestic violence,” observed Dr. Wilson, “research shows it’s likely to impact your future employment opportunities and growth in employment, as well as your children and their outcomes. Those are all things that are very costly. And it’s difficult to quantify the full physical, mental and emotional toll of domestic violence.”

As more research is done on domestic violence during COVID-19, Leslie and Wilson hope that the patterns they’re identifying will be helpful for policy makers.

“Anything that society or the government can do to alleviate the stress households are under—financial stress, healthcare stress, uncertainty—is going to do more than make people feel better or put food on the table,” said Leslie. “It’s also probably going to keep people in a safer environment. So it’s worth keeping a broad perspective on what policies like that could do for us.”

To learn more about how to make a difference in the lives of victims, survivors and their families or to speak with a professional about domestic abuse, visit the National Domestic Abuse Hotline’s website at www.thehotline.org.