Reconciling the Book of Abraham and the Papyri | Meridian Magazine 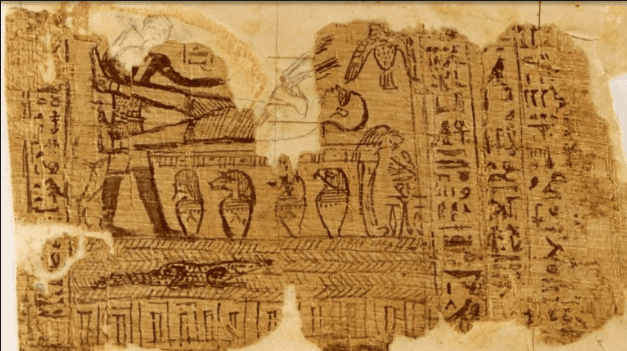 Reconciling the Book of Abraham and the Papyri

Scroll to the bottom to listen to this episode of the LDS Perspectives Podcast.

In the latest episode of LDS Perspectives Podcast, guest interviewer Stephen Smoot visits with Latter-day Saint Church historian Robin Jensen about the newly released Revelations and Translations, Volume 4: Book of Abraham and Related Manuscripts. Robin explains that this latest volume is part of the overall strategy of the Joseph Smith Papers Project to help scholars around the world study Latter-day Saint history. “We test our success, not in how many volumes we are selling” he declares. “But in how well they are being used. … If they are listed in the bibliographies of books, then we find that a success.” Scrutinizing Joseph and his teachings is highly encouraged and is now easier than ever before thanks to the Joseph Smith Papers project.

The interview dives into the question, “What is the relationship between the Book of Abraham and the papyri.” The relationship is difficult to define due to complexities and ambiguities in the available documents. Dealing with the challenges requires faith, but such faith does not require ignoring such challenges. Robin clarifies:

Let me be clear, sometimes people say it is a matter of faith as a way of sweeping under the rug, some of the complexities, I think we should definitely address the complexities because they are there. One of the things I appreciate about the volume is … that I have come to understand Joseph Smith as a translator better through it.

As we get to know Joseph better, Robin notes that our previous understanding of the Prophet’s translation efforts may need to be upgraded: “There may be some correctives in the process.” That is, our previous assumptions about how the Book of Mormon or Book of Abraham were “translated,” may need to be revised.

It is possible that Joseph Smith’s “translations” involved more revelation and less traditional translating than previously suspected. If so, the relationship between the dictated texts might not strictly resemble the literal meanings of the engravings on the gold plates or the Egyptian hieroglyphics on the papyri. Joseph may not have even been aware of the discrepancies.

Robin states unapologetically: “It could be that Joseph Smith assumed that he was translating from the papyri when he was not, in fact translating from the papyri.” How could that be? “After mentioning the 1838 account from Warren Parrish, who wrote that Joseph received “the translation of the Egyptian hieroglyphics … by direct inspiration of Heaven,” Robin further explains: “Joseph Smith received revelation for the text of the Book of Abraham. He may have through that revelation, made assumptions about where that text came from.” And those assumptions may have attributed a greater connection between the revelation and the papyri than was justified.

Later in the podcast the subject of seer stones arises. Robin confesses: “For me and my upbringing, seer stones are weird. To approach God, my first inclination is not to pick up a rock. That’s not how I was raised, but for Joseph Smith it was and the Lord was going to work through that.”

Don’t miss the remarkable discussion of Joseph Smith and translation in this week’s episode of LDS Perspectives Podcast.

Our Guest: Robin Scott Jensen is an associate managing historian and the project archivist for the Joseph Smith Papers and coedited the first three volumes in the Revelations and Translations series (published 2009, 2011, and 2015, respectively). He specializes in document and transcription analysis. He is also a member of the Church History Department Editorial Board. In 2005 he earned an MA degree in American history from Brigham Young University, and in 2009 he earned a second MA in library and information science with an archival concentration from the University of Wisconsin–Milwaukee. He is now pursuing a PhD in history at the University of Utah. He completed training at the Institute for the Editing of Historical Documents in 2007. He has published several articles and edited documents and has presented papers at various scholarly conferences.

I understand that this article is written with the best of intentions, but it is clear there are few holes in this story. First of all, if JS had access to the Urim and Thummim and even his personal genesis stone, why did he not use those to translate the Egyptian characters on the papyri and the facsimiles? Why would JS need to create an alphabet, that incidentally was incorrect translations of the Egyptian characters? Why not use the stones? Or was he really just channeling while touching the papyri?