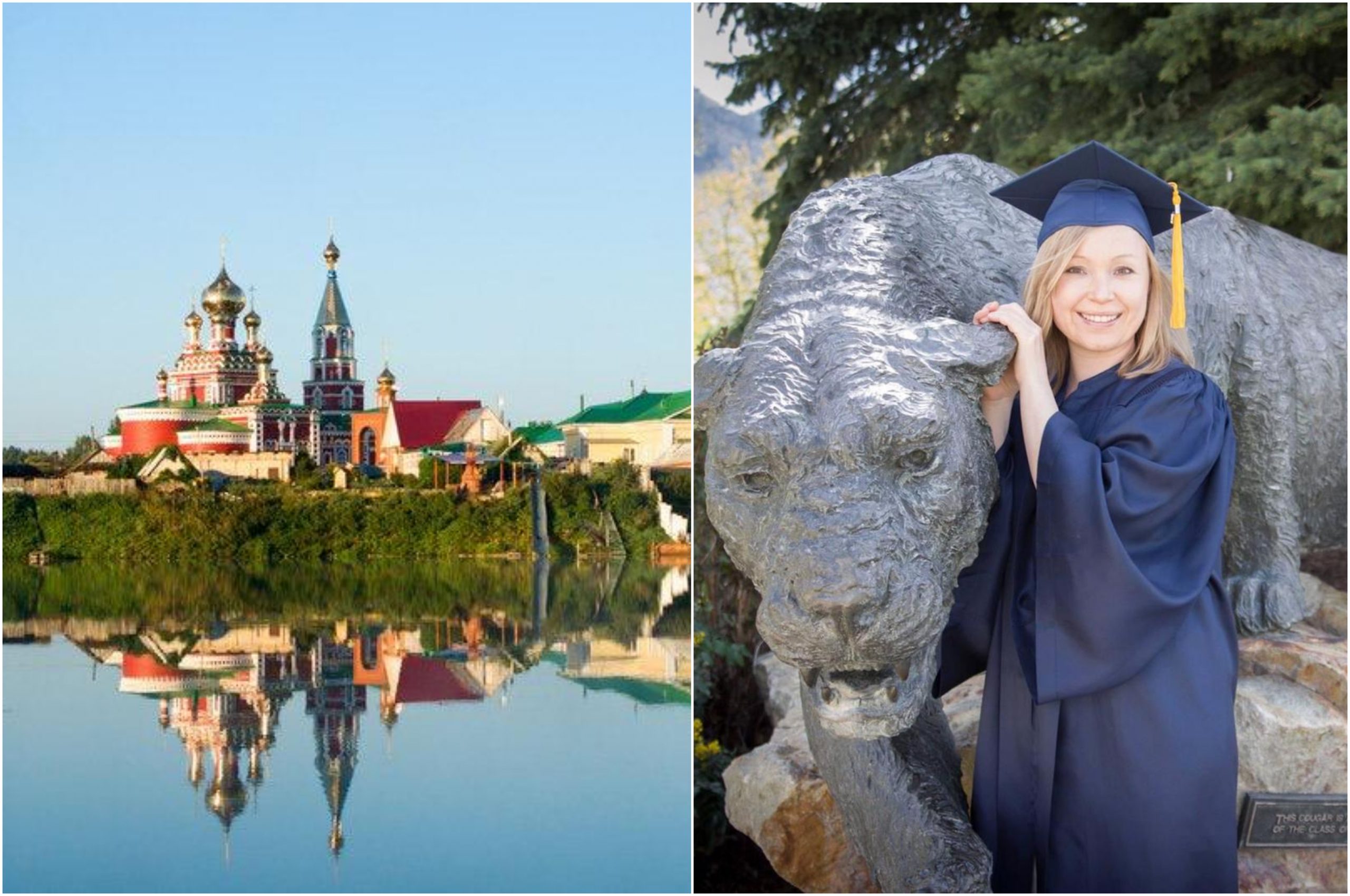 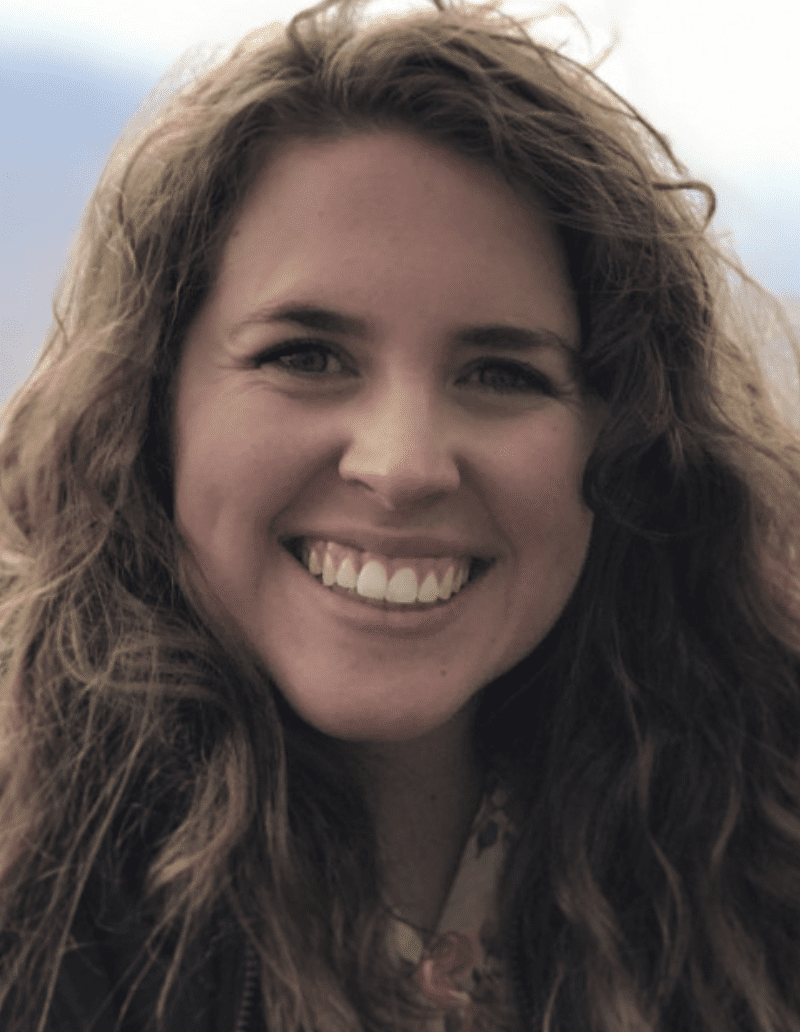 Have you played the game where you spin a globe, stick your finger out and put it down randomly to see where it would land? Have you ever landed in the Pacific Islands? Or somewhere in sub-Saharan Africa? Or perhaps you landed in the middle of Russia? Few of us actually follow through on this kind of globe-trotting. Unless, of course, you are like educator Zan Burningham of Sky View High School in Logan, Utah. After winning a contest for her students to participate in a student-exchange program, Ms. Burningham placed her finger on a spinning globe and landed on the republic (state) of Udmurtia in rural Russia.

Little did Zan know that this move would set in motion a chain of events that would change the life of a young woman forever. In her tiny village of Norya, Irina Kuznetsova, age 16, sat on the floor of her small living room chewing sunflower seeds, eagerly waiting to watch BayWatch, dreaming of one day going to the United States.

Not so coincidentally, Irina’s English teacher won the chance for her students to participate in the same student-exchange program, and her students were paired with the program from Sky View High. Nothing like this had ever happened in this village. Ever. The opportunity for their students to study for a month in the United States was a huge deal. The local news reported on it. Irina was interviewed about it after she was one of nine students chosen to participate.

Her student-exchange experience in Utah was Irina’s first exposure to The Church of Jesus Christ of Latter-day Saints, but she did not yet understand how the Church would play a large role in her life.

After graduating, Irina struggled to figure out what she wanted to do with her life. It took more than a year of setbacks and working from home for her to get the answer she needed. Then, while working in the garden one day, she had the sudden inspiration to study at the University of Moscow to become a journalist.

So, she went back to the journalist who had interviewed her back when she went to the US for the exchange program. The journalist told her that she needed to have a portfolio of stories ready to submit for applications. Irina told the journalist that she wanted to write a story about a family in her village that had converted to The Church of Jesus Christ of Latter-day Saints. This Russian family had converted through connections with the student-exchange program. When Irina met with the family, she felt a special spirit. They showed her a film titled, Families Can Be Together Forever, and Irina immediately recognized that this was a message that she needed in her life.

Irina decided then and there that she wanted to be baptized as a member of the Church. She had to wait a few days for the Elders to come on their usual round to administer the sacrament to the members in the remote village. On Sunday, she informed the Elders that she wanted to be baptized that day. They didn’t want to check her enthusiasm, but they informed her, with a little laugh, that she needed to be taught the gospel first. Two weeks later, Irina was baptized as a member of the Church of Jesus Christ of Latter-day Saints. Her sister was also baptized soon afterwards.

After her baptism, Irina felt inspired with the new direction her life had taken. In what she describes as one of the bravest things she has done, Irina moved to Moscow. Going from a village of 600 people to a city of 14 million was a huge transition for a small-town girl. She continued to attend church and study the scriptures. It was in Moscow that she got the inspiration that she needed to serve a mission. She did not know how she would afford it, but she knew that if it was right, her Heavenly Father provide.

Irina was called to serve in the Russia St. Petersburg mission. While at the MTC, she did not have the money to buy the supplies that her fellow missionaries could afford. She would walk through the bookstore to look longingly at a particularly beautiful set of scriptures. She wished she had the money to afford such a treasure.

Then, one day out of the blue, Irina received a package with the exact scriptures she had dreamed of with her name inscribed on the front cover, a gift from the Briggs family. They found out about Irina through Zan Burningham. Darrin Briggs had served in St. Petersburg, and he and his wife, Andrea, were excited to be able to support this young Russian missionary. Although they did not meet in person until years later, the Briggs went on to supply Irina with everything she needed for her mission.

When Irina returned from her mission, she was needed at home. Her mom was sick with cancer, and her father needed her help around the house. Irina’s sister was serving a mission of her own, and her brother was serving in the army. Irina quickly became overwhelmed with the amount of work she needed to do on a daily basis: feeding the animals, milking the cows, gardening, laundry, cooking, and caring for her mother and father. Irina grew desperate. She could not see a future for herself in her village. She wanted to get out, but she couldn’t see a way to escape.

After a year of waiting and working at home, Irina’s siblings returned. Shortly thereafter, Irina’s mother passed away. Although it was the climax of a difficult year, Irina told me that she was relieved that her mother was no longer in pain.

With that chapter completed, God provided her a chance to move forward with her education. Through a work and travel program, Irina organized a move to America with the help and sponsorship of the Briggs family. She stepped on the plane with a tiny suitcase and fifty dollars in her pocket. She was heading to North Carolina, to a family whom she had never met in person, to a part of the country she was completely unfamiliar with. She describes this move as another of the bravest decisions of her life. While staying with the Briggs, Irina felt another wave of inspiration in the form of a desire to study at BYU. Step-by-step, Heavenly Father revealed His will and His love.

Although she was initially rejected, Irina eventually secured a place at BYU. While in Provo, Irina spent happy years teaching missionaries in the MTC. Her work paved the paths for many other missionaries and converts to the Church to come closer to their Savior. Her tutoring carried me through my own mission to St. Petersburg. I remember she took me aside to an empty classroom during a particularly difficult time and shared her light, love, and assurance that I could be the missionary that God wanted me to be. She treated me and the other missionaries with Christ-like love, always testifying of God’s willingness to answer our prayers and work miracles on our behalf.

Irina is an incredible person. She is strong and fierce, full of love and desires to do good in the world. She has faced many trials, but in the midst of these challenges, she says she has learned valuable lessons about the importance of patience, connection, and community. She feels confident that no matter what piece she’s waiting to fit into the puzzle of her life, her Lord and Savior will provide for her.

I love this true story! I love how this young woman felt the Spirit and went with it, instead of questioning and doubting, and putting off what turned out to be life changing opportunities. I love how an American family sponsored and helped this eager and enthusiastic young woman! Americans have so much more than most in the world. As 3 times ex-pats, we love getting to know people around the world. Thanks for this uplifting article!